Dorothy Day was a secular bohemian before becoming a radical Catholic convert. She was also a suffragist who joined Alice Paul's Silent Sentinels in 1917, protesting for women's right to vote, and was arrested. She co-founded and edited The Catholic Worker. As a social activist, she espoused distributism, a Catholic economic theory she considered halfway between capitalism and socialism.

by Miyo from Burbank, California in United States 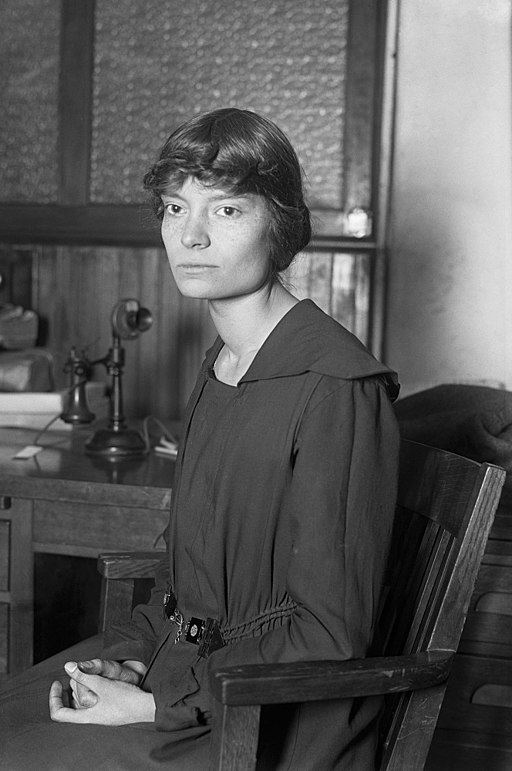 Dorothy DayUnknown photographer [Public domain], via Wikimedia CommonsDorothy Day was not "a perfect person, she sinned, and she made many mistakes, she led a pretty inverted life, but she always felt that she should do something to help the poor and the unfortunate. She wanted to feed the hungry and give refuge to the homeless and she wanted to help the sick.

Dorothy Day used the newspaper the "Catholic Worker" to stake the difficult terrain of neutral pacifism which she had to sustain during all the wars of her life. In addition to the paper, Day opened "The House of Hospitality" in the slums of New York. Her goal was to do those jobs that sounded good in theory: shelter for the homeless and food for the hungry.

Dorothy Day inspires me because she did not start out as a person with good scruples, or a person who was almost holy or religious. She was a person who made mistakes but who really lived life. I feel that she was capable of doing great things - maybe I'll be able one day to do the same.

Dorothy Day - Original MY HERO story written in Spanish by Miyo from Burbank
Dorothy Day: The World Will Be Saved by Beauty by Kate Hennessy (Scribner) - From "A Saint for Difficult People" The Atlantic, by James Parker, March 2017
The Dorothy Day Guild - Read about Dorothy Day and how she influenced so many.
An Introduction to the Life and Spirituality of Dorothy Day - by James Allaire and Rosemary Broughton From The Catholic Worker Movement