Laguna Beach, CA – 10/11/12 – The 5th annual Laguna Hero Fest celebrated local heroes and legends. The event was held at [seven-degrees] and produced by The MY HERO Project, a Laguna Beach nonprofit that uses media and technology to celebrate the best of humanity.

The evening began with a retrospective celebrating local heroes...including Sarah Elliott, James Pribram, Skipper, Laguna Lifeguards, Mark Dressler, Diane Challis Davy and more...these heroes of all ages and backgrounds are featured in short films on MY HERO. The students, parents and community leaders were touched by these inspiring stories and gained a great understanding of the history of The MY HERO Project in Laguna Beach. The audience was then given a short demonstration by the Laguna Beach Laughter Yoga Group led by its founder Jeffrey Briar.

This year's Hero Fest screened numerous films made by Laguna Beach students. These young filmmakers varied in age, but were equal in their passion, on topics ranging from protecting the environment to caring for others. Each film reminded the audience to love and cherish the resources in their community, be they plant or human.

After the film screenings, several of the young filmmakers received an ovation for their extensive efforts to improve the community, with two in particular being singled out. Sophia Landers and Jordan Trautwein, elementary school students from MY HERO's recent Eco-Heroism program at the Laguna Beach Boys & Girls Club, decided to be heroes themselves by holding a bake sale for the American Society for the Prevention of Cruelty to Animals. They raised over $200 for this charity, embodying the ideals of stewardship and civic responsibility emphasized in MY HERO's educational programs. These young girls exemplify the unlimited potential of young people when inspired by their personal heroes to take action.

The festival also featured several films promoting ocean preservation, produced by organizations in Laguna Beach. These included a film about Laguna native Jacquelin Reed, a young engineer who is contributing her talents to ocean conservation efforts. The Pacific Marine Mammal Center created a short film to encourage community engagement with their mission to rescue and rehabilitate marine mammals. And One World One Ocean contributed a short animated film entitled "The Ocean We Want to Know," which featured animation by students from the Laguna College of Art and Design, illuminating important facts about the ocean in order to draw in young people to the important work of ocean conservation.

The final part of the program included a presentation of an original sculpture of local hero, James Dilley, created by local artist Marv Johnson. Dilley was also commemorated with a special song, A Ditty for Dilley, written and performed by Doug Miller and Sasha Evans. The MY HERO Project presented The Laguna Legacy Award to James Dilley for his important environmental campaigns on behalf of the Laguna Green Belt. Scott and Tracy Ferguson from the Green Belt accepted the posthumous award on Dilley's behalf.

Several other locals honored in short films at the event and online included:

Jeanie Bernstein's tireless efforts for peace and conservationism inspired MY HERO's own Wendy Milette to make the short film Crazy For Peace. The film celebrates Jeanie's life of activism, spanning multiple decades, and the influence she left on Laguna Beach.

Alex Polley with a film produced by The MY HERO Project and young filmmaker John Barrett. The film focused on Alex's struggle with alcoholism and her recovery thanks to the Friendship Shelter.

Transition Laguna, a group that works to encourage residents to make a shift towards clean energy and waste reduction.

By the end of the night, the crowd at [seven-degrees] had gained an even deeper understanding of the amazing work being done in their own backyards, by their neighbors and friends. The MY HERO team is proud to have brought together this amazing community of thinkers, activists, and artists for an inspiring night of short films, food, and fellowship.

For more information on the event and to see the films online visit
http://myhero.com/Laguna

Support for this program is made possible with a grant from the City of Laguna Beach, The Laguna Beach Community Foundation and local stores and individuals. 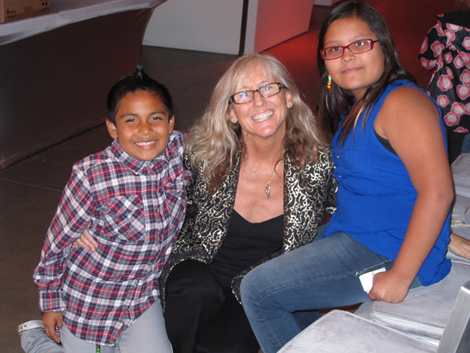 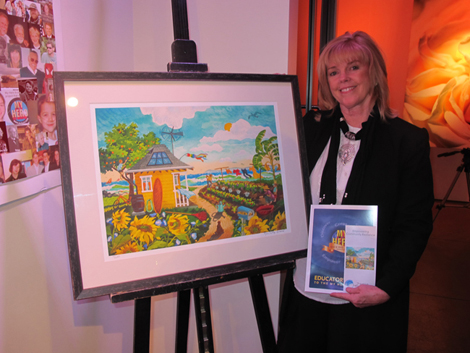 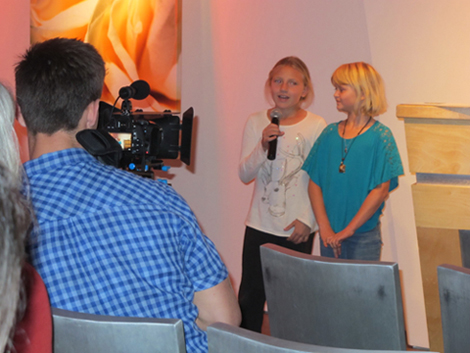