by Donita from Billings, Montana

"You don't take a photograph, you make it."

My hero was born on February 20, 1902 in San Francisco, California. He was a famous American photographer, known best for his captivating black and white images. Along with being a photographer, he was a conservationist and he wrote three books. His name is Ansel Easton Adams.

Ansel Adams attended normal schooling until he was twelve years old. Then his dad decided to pull him out of school and hire personal tutors to teach Ansel. He was taught to play the piano very well and originally wanted to be a concert pianist. This changed, however, when he saw negatives of Paul Strand's, which sparked an interest in photography.

At the young age of seventeen, he joined a group dedicated to the preservation of the earth known as the Sierra Club. Soon after, he realized he could use pictures as a way to communicate to the public the beauty of nature and the importance of conservation. One of his books, The John Muir Trail, helped to make it a national park. One of his photographs, "Tetons and the Snake River," was put on the Voyager spacecraft so that if there was an alien civilization they would know what earth was like. Ansel Easton Adams died on April 22,1984 of heart failure.

Ansel Adams is an inspiration to me for several reasons. His photographs have inspired me to take great pictures and continue with the art of photography. His black and white pictures have shown people how beautiful this place is that we live in and have therefore inspired others to create national parks, such as Kings River Canyon. I also admire his concern for the environment and all he has done to help keep it the best it can be.

Ansel Adams has done so much to help the world and has taken many beautiful pictures of it. He is my hero because of all that he has done and the impact his photos have had on my hobby of photography. 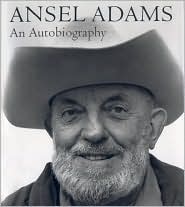 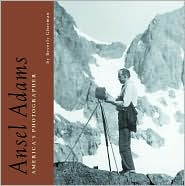 Click here to listen to the Ansel Adams story