by Artyom from Tselina, Russia 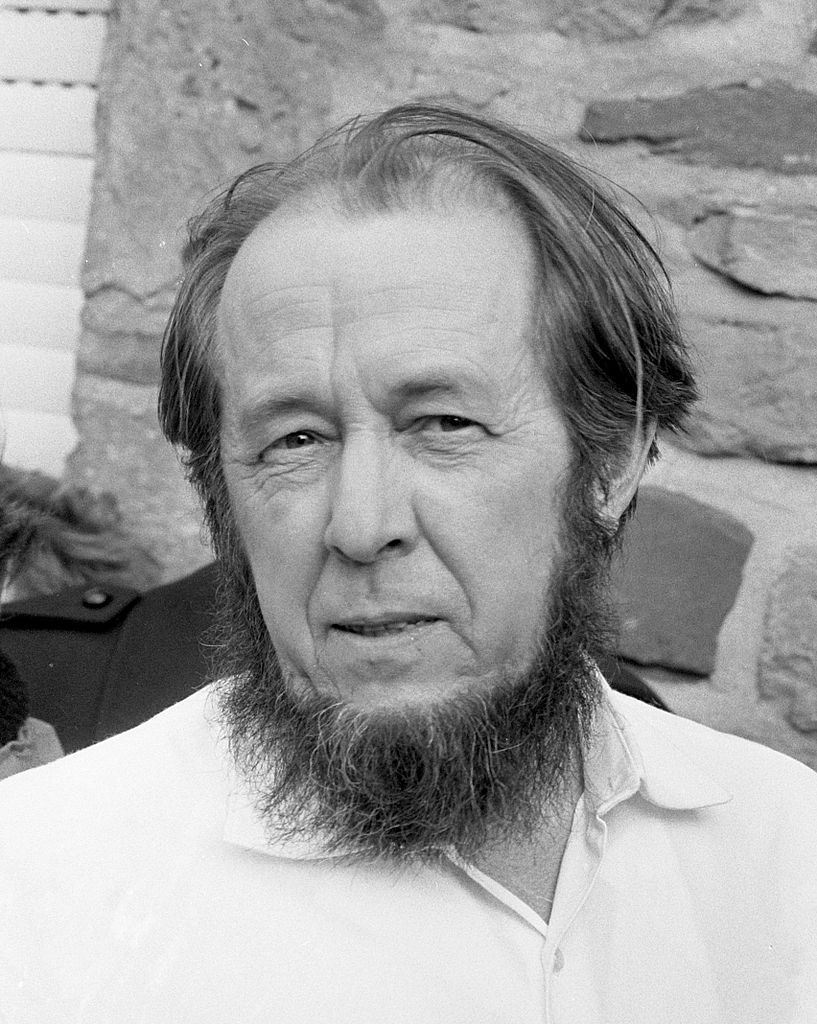 Alexander SolzhenitsynVerhoeff, Bert / Anefo [CC0]Alexander Isaevich Solzhenitsyn is my hero because he is one of most far- reaching thinkers, writers and humanitarians of the 20th century. Until the end of his days, he fought for Russia not only to move away from its totalitarian past, but also to have a worthy future. He wanted Russia to become a free and democratic country.

Alexander Isaevich Solzhenitsyn was born on December 11, 1918, in Kislovodsk. He was raised by his mother, a typist, because his father died in an accident six months before he was born. He studied mathematics and physics at Rostov-on-Don State University while at the same time taking correspondence courses from the Moscow Institute of Philosophy, Literature and History. He graduated from the University in 1941, just days before Nazi Germany invaded the Soviet Union.

When war broke out, he enlisted in the Red Army and rose to the rank of artillery captain. Decorated twice, he witnessed some of the fiercest battles of World War II, leading an artillery company on the front November 1942 to February 1945. It was then that Solzhenitsyn was arrested for «anti-Soviet agitation» - he made critical references to Stalin in correspondence with a friend - and was sentenced to eight years in prison.

Thanks to his mathematical training, Solzhenitsyn was initially spared the worst excesses of the Gulag. From 1946 to 1950, he was confined to a «sharashka», a special prison for scientists forced to work government projects. The experience later became the bases for his novel The First Circle.

In 1950, he was sent to a special camp for political prisoners in the town of Ekibastuz in Kazakhstan where he spent the next three years working as a miner, bricklayer, and foundry man. His experiences at Ekibastuz formed the bases for the book One Day in the Life of Ivan Denisovich. While there he was diagnosed with a stomach tumor which was operated on, though no cancer was diagnosed then. Following Stalin`s death in 1953, Solzhenitsyn was exiled to southern Kazakhstan, where his health continued to deteriorate. In 1954, he was permitted to travel to Tashkent for successful treatment of stomach cancer. Later these experiences became basis for the novel Cancer Ward.

Solzhenitsyn's exile ended only after Khrushchev made his famous «secret speech» denouncing Stalin's crimes in 1956. After rehabilitation, Solzhenitsyn settled in Ryazan as a teacher (1957). During all those years of exile he taught mathematics and physics at school and wrote prose in secret. In the relatively liberal atmosphere of the Khrushchev years, Solzhenitsyn decided to try getting published.

The novel One Day in the Life of Ivan Denisovich appeared in print in 1962 and immediately made him, an unknown math teacher from a provincial town, a celebrity. Solzhenitsyn was invited to join the Writer`s Union. His success was short-lived, however, and after the publication of the stories «Matryona`s Home» and «An Incited at Krechetovka Station» he found that he could no longer get his works printed.

In 1968, Solzhenitsyn's The First Circle and Cancer Ward were published in the West. The books made him a figure of international renown. And in 1970 he was awarded the Nobel Prize for Literature. Though invited to Stockholm to accept the prize, he declined to go out of fear that the Soviet authorities would not let him return to his family. (Solzhenitsyn received his prize at the 1974 ceremony after he had been deported from the Soviet Union.)

One of Solzhenitsyn's main dilemmas at the time was what to do with the text of The Gulag Archipelago. It is a timeless, truly great memorial to the victims of Stalinist repression, a memorial to all those who suffered and all those who died, which he had completed in 1968. For this work Solzhenitsyn collected excerpts from documents, oral testimonies, eyewitness reports, and other materials. Alexander Isaevich hid portions of the book`s manuscript at the homes of trusted friends and in 1972 he started smuggling it to the West with the help of a Swedish foreign correspondent. The book first appeared in Paris in December 1973, leading to a flurry of bad publicity for the Soviet Union in the international press. The Politburo met on Jan. 7, 1974, to discuss what to do with Solzhenitsyn.

On Feb. 12 he was arrested and charged with treason. On the following day he was stripped of citizenship and deported from the Soviet Union to West Germany. He lived first in Switzerland before immigrating to the Union States in 1976. In the US the writer retreated into seclusion, moving to the small town of Cavendish, Vermont. He spent most of the next two decades working on- The Red Wheel- a multi-volume epic history of the events which led to the Russian Revolution.

President Mikhail Gorbachev restored Solzhenitsyn's citizenship in 1990. A.I. Solzhenitsyn returned to Russia on May 27, 1994. He spent most of his last years in the house specially built for him in Troitse- Lukovo in western Moscow, doing what he loved most: writing. He published several works of nonfiction and memoirs. In his political writing, such as «Rebuilding Russia» (1990) and «Russia in Collapse» (1998), Solzhenitsyn criticized the oligarchic excesses of the new Russian `democracy`, while opposing any nostalgia for Soviet communism. He defended moderate and self-critical patriotism (as opposed to extreme nationalism), argued for the indispensability of local self-government to a free Russia, and expressed concerns for the fate of the 25 million ethnic Russians in the «near abroad» of the former Soviet Union.

Solzhenitsyn also launched several charitable projects, using the proceeds from sales of The Gulag Archipelago and his Nobel Prize award money. In 1997, he established an annual literary prize that continues to be awarded today. He also helped open the Russian Abroad Foundation Library, an archive and research center near Taganskaya metro station that collects the papers of Russian émigrés.

On June 12, 2007, Vladimir Putin visited his home to give him Russia's highest award, the State Prize for humanitarian achievement, saying that millions of people around the world associate Solzhenitsyn's name and work with the very fate of Russia itself.

The great writer died on August 3, 2008 and was laid to rest at the Donskoi Monastery in central Moscow.

I think Alexander Solzhenitsyn is a real hero because he was brave, honest and generous; he had a strong character and firmness. I admire this great person and try to be always a worthy person. His hard life and heroic actions taught me to never give up. 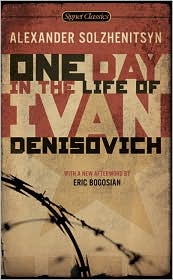 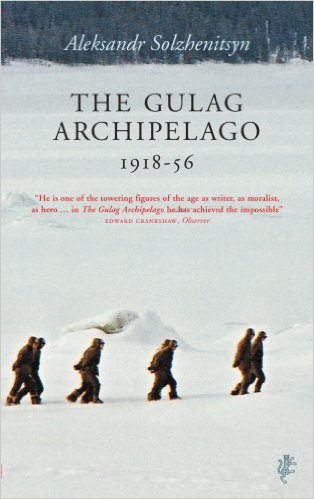