Abraham Lincoln was born Sunday, Feb. 12, 1809, in a log cabin near Hodgenville, Ky. He was the son of Thomas and Nancy Hanks Lincoln, and he was named for his paternal grandfather. Thomas Lincoln was a carpenter and farmer. Both of Abraham's parents were members of a Baptist congregation that had separated from another church due to opposition to slavery.

As Abraham grew up, he loved to read and preferred learning to working in the fields. This led to a difficult relationship with his father, who was just the opposite. Abraham was constantly borrowing books from the neighbors.

As a young man he worked at several jobs including operating a store, surveying and serving as postmaster. He impressed the residents with his character, wrestled the town bully, and earned the nickname "Honest Abe." Lincoln, who stood nearly 6-feet 4-inches and weighed about 180 pounds, saw brief service in the Black Hawk War, and he made an unsuccessful run for the Illinois legislature in 1832. He ran again in 1834, 1836, 1838 and 1840, and he won all four times. (Lincoln was a member of the Whig Party; he remained a Whig until 1856 when he became a Republican). Additionally, he studied law in his spare time and became a lawyer in 1836. Stories that Lincoln had a romance with a pretty girl named Ann Rutledge may well be true. Sadly, Ann died in 1835.

Although William Seward was the pre-convention favorite for the Republican presidential nomination in 1860, Lincoln won on the third ballot. With Hannibal Hamlin as his running mate, Lincoln was elected the 16th president on Nov. 6, 1860, defeating Douglas, John Bell and John C. Breckinridge.

In February of 1861, the Lincolns left by train for Washington, D.C. The President-elect was now wearing a beard at the suggestion of an 11-year-old girl. Lincoln was sworn in on March 4.

After Lincoln's election, many Southern states, fearing Republican control in the government, seceded from the Union. Lincoln faced the greatest internal crisis of any U.S. president. After the fall of Ft. Sumter, Lincoln raised an army and decided to fight to save the Union from falling apart. Despite enormous pressures, loss of life, battlefield setbacks, generals who weren't ready to fight, assassination threats, etc., Lincoln stuck with this pro-Union policy for four long years of Civil War. On Jan. 1, 1863, the Emancipation Proclamation went into effect. This was Lincoln's declaration of freedom for all slaves in the areas of the Confederacy not under Union control.

On Good Friday, April 14, 1865, the Lincolns attended a play entitled Our American Cousin at Ford's Theater. During the performance, John Wilkes Booth arrived at the theater, entered the State Box from the rear, and shot the president in the back of his head at about 10:15 P.M. Lincoln was carried across the street to the Petersen House where he passed away the next day at 7:22 A.M. This was the first presidential assassination in American history, and the nation mourned the loss of its leader. His death was the result of the deep divisions and hatreds of the times. Lincoln's body was taken to Springfield by train, and he was buried in the Lincoln Tomb in Oak Ridge Cemetery on May 4, 1865. Because of the assassination, Reconstruction took place without Lincoln's guidance and leadership.

Abraham Lincoln is remembered for his vital role as the leader in preserving the Union during the Civil War and beginning the process that led to the end of slavery in the United States. He is also remembered for his character, his speeches and letters, and as a man of humble origins whose determination and perseverance led him to the nation's highest office 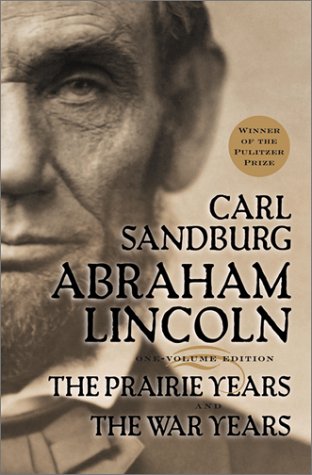 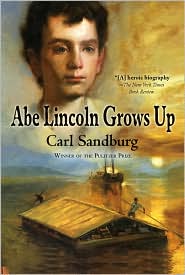