by Claudia Hudson - MY HERO Staff - from Los Angeles, California in United States

"...Fortunately I had never doubted my actions; otherwise I might indeed have followed their advice. But I was too deeply influenced by what I had seen and by my belief that this work would benefit humanity. "

Aletta Jacobs was a woman ahead of her time. Though living in the Victorian age, her views and actions on feminism, education, women’s suffrage, birth control and social welfare presented causes and ideals that would carry on into the next century.

In the words of Harriet Pass Freidenreich: "A pioneering physician and feminist, Aletta Jacobs had a twentieth-century vision, even though she lived most of her life during the Victorian era. As the first woman to attend university and receive a medical degree in the Netherlands, who then managed to combine a career with a companionate marriage and political activism, she can serve as a role model for modern professional women, although her example was difficult for other women of her own generation to emulate. Jacobs established what is often considered the first birth control clinic in the world. She also spearheaded campaigns for the deregulation of prostitution, the improvement of working conditions for women, and the introduction of woman suffrage in Holland. She was a prominent leader in both Dutch and international suffrage organizations and in the women's peace movement during World War I." (www.pinn.net/~sunshine/whm2001/jacobs6.html) 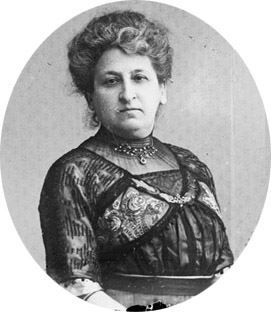 Aletta Jacobs was born on February 9, 1854, in Sappemeer, the Netherlands, as the eighth of twelve children – six boys and six girls. Her father, Abraham Jacobs, was a Jewish physician and he and her mother, Anna de Jongh, valued equal education for all their children, contrary to public norm. At the time, while boys and girls enjoyed the same elementary school education, an ‘advanced education’ for girls included arts and crafts, music, languages, and social skills to prepare them for their roles as housewives, whereas males were taught history, mathematics, and the classic languages like Greek and Latin to prepare them for collegiate studies.

As did the other girls of her age, at 13 Aletta left her home to attend a school for young ladies. She did not like it there, and soon returned home where her parents continued her education instead. Her mother taught her the household traits that she would have learned at the school, but also French and German -- and her father taught her Latin and Greek, which typically were only learned by males. Recognizing her aptitude and her desire to learn, though unable to enroll her in the local high school for males, her father arranged for Aletta to audit classes there, where she would learn subjects necessary for college admittance. (This act would eventually cause all high schools in the Netherlands to allow for female enrollment.)

A Woman in a Dutch University?

Aletta was her father’s favorite and her mutual admiration for him had propelled her to want to be a doctor like him, since childhood. Likewise, after finishing high school, she went to live with her older brother, a pharmacist, and learned his trade from his assistant. Her brother wasn’t nearly as pleased, though, in that he and another brother, Johan, were being harassed in their professions by those who assumed they shared the ‘liberal feminist’ views of their sister. In fact, Johan, a petty officer in the military stopped talking to her altogether for a period of time, as it was the only way his fellow soldiers would stop ridiculing him.

Aletta wrote in her memoirs: “The worst of it was that the press even managed to influence the attitudes of my own family. Brother Sam, the pharmacist, had first dissociated himself from my academic aspirations when I stayed with him in Arnhem. He now accused Father of giving in to my every whim. As a result, the whole family felt dragged into the Aletta Jacobs affair. "There's something wrong," he argued, "with one child out of eleven being allowed to damage the prospects of all the others. You should have her doing the washing instead of packing her off to a university with a pile of books under her arm." ……. How often in those days I seemed to be surrounded by men saying, ‘Fortunately my daughters, or sisters, aren't like that.’ ”

Nevertheless, Aletta pressed on in her education, and in 1870 she became the second female ever to take the admissions exam to become a pharmaceutical assistant in the Netherlands. Upon passing her exam, she wrote Minister Thorbecke requesting special permission to study at Gröningen University. He granted her 1 year conditional acceptance, and she began classes on April 20, 1871, becoming the first female in the Netherlands to study at the university level. The following year she received permanent admission, and in 1876 she continued her education at Amsterdam University. There she received a medical degree in 1878, and then a medical doctorate the following year, becoming the first woman to receive a medical degree in the Netherlands. Her experience at the university was not always pleasant, as many professors were outwardly opposed to the idea of female doctors, but fortunately, she was protected by others who valued her cause. 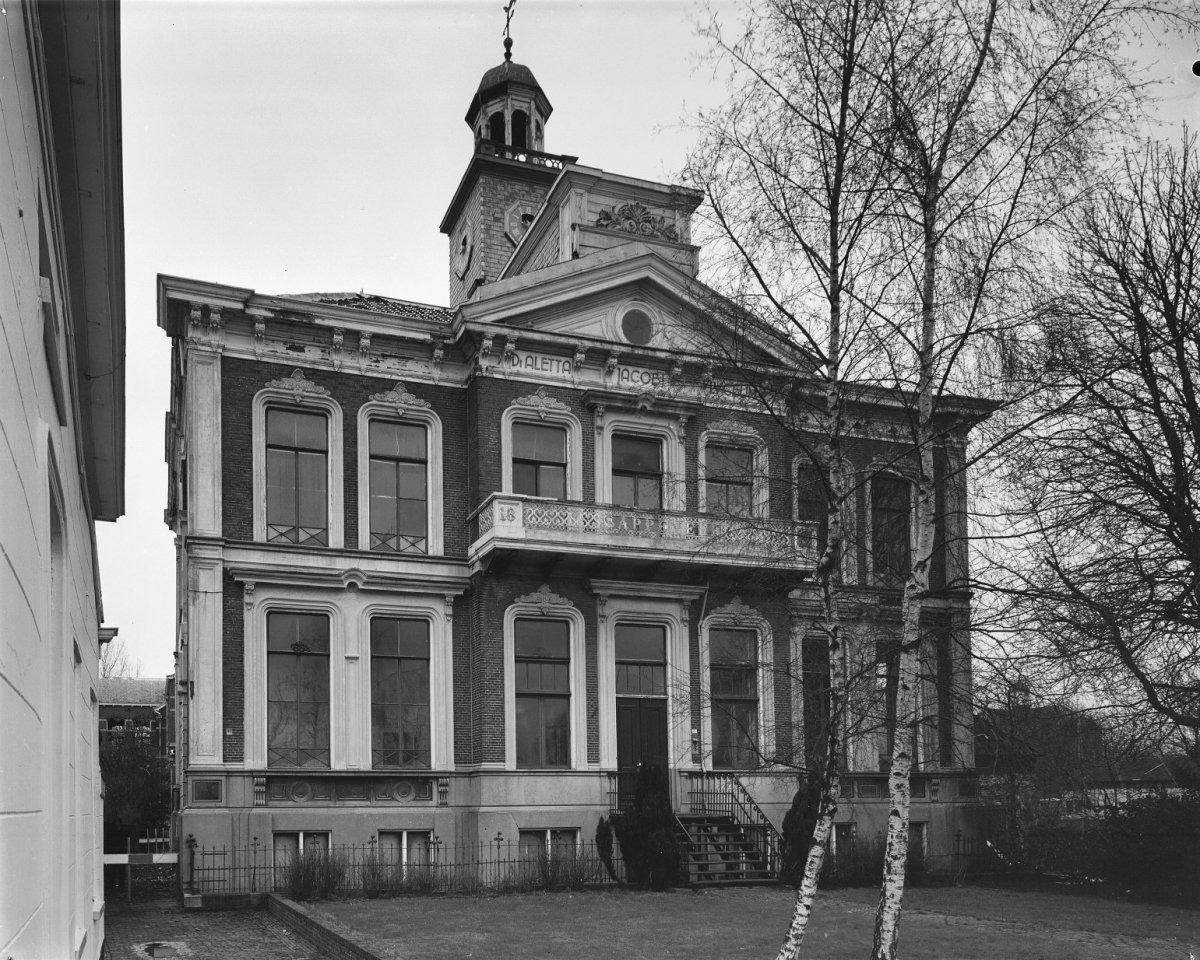 Thanks in part to her own experience at the university, she began to focus on social injustice, particularly against women.

She had read that in England, women who were attempting to study medicine were being sabotaged by fellow students and even professors and doctors, and in 1879 decided to visit to see how she might help them. While there she also learned about birth control, a generally taboo topic at a time when most birth control was either dangerous, ineffective, or regarded as immoral.

Upon returning home she opened a practice on the Herengracht, in an area generally deemed unsafe for women previously. Most of her clients were working class women, and there, she learned more about their plight, and the unfair working conditions they faced. She also learned about their struggles with multiple pregnancies, and the wear it had on their bodies. She became friends with several members of the Dutch General Trade Union, and in late 1880, its leader, B. H. Heldt, let her use a few rooms of the Union building to lead a women's class on hygiene and infant care. Through the course she met many impoverished women, and consequently decided to run a free clinic two mornings a week for needy women and children, which she continued long past retirement.

The encounters with these women propelled her further to help them obtain the birth control they so desired, and she began to study it in depth. Thanks to Dr. Mensinga, a German physician, she found an effective method for these women, and decided to distribute it in her clinic, despite the opposition who felt that birth control would lead to ‘a world without children’ and a devastated economy, and who spread false rumors against her. Thanks to her leadership and dedication, birth control eventually became available throughout the Netherlands, and several decades later, it would inspire feminist greats Margaret Sanger and Marie Stopes to travel there to learn more about it, and continue the movement in the U.S. 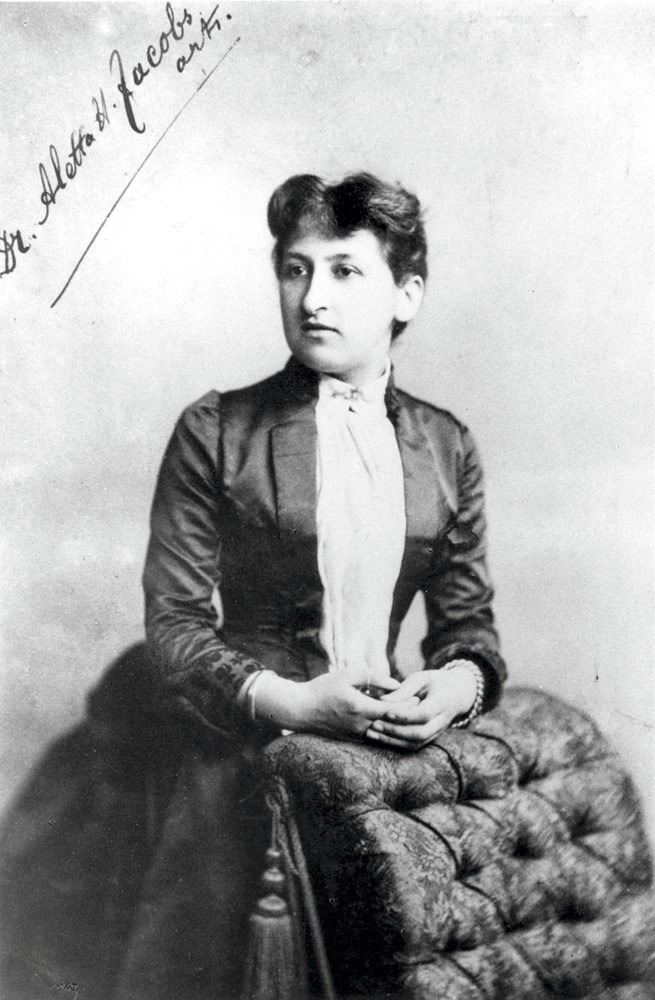 In 1883 Aletta, who technically should have been eligible to vote, was told that women could not do so. She began a campaign and appealed to the Supreme Court, and in response, in 1887 the Dutch constitution was instead amended to insert the word ‘male’ to state that only males could be Dutch citizens, and in turn, only males could vote. Evidently, Dutch women were not pleased, and this constitutional reform propelled the suffrage movement in the Netherlands like never before. In 1903 Aletta became the president of the Association for Woman Suffrage and remained in her position until their cause was won in 1919. During this time she also worked for the International Woman Suffrage Alliance and traveled with Carrie Chapman Catt throughout Austria-Hungary, the Middle East, South Asia, and Africa to assist in various woman suffrage and women’s rights movements.

Aletta was firmly against war and violence and in 1898 she took part in the first international peace conference, held in the Netherlands. Her husband, who passed away in 1905, was a pacifist, and she joined him in his work travels, but wasn’t initially active in the movement. When WWI broke out in 1914, though, it drove her to action, in hopes that she could rally women everywhere against war.

In 1915 she helped organize the International Congress of Women in The Hague, Netherlands, and following the conference, she and Jane Addams worked to make its peaceable resolutions internationally known. This Congress also spurred the two women towards the creation of the Women’s International League for Peace and Freedom, still “considered the most important women's peace organization in the twentieth century.” Jane Addams, who served as its first president, received the Nobel Peace Prize in 1931 for her work.

Aletta moved to The Hague in 1919, and on August 10, 1929 she died at the age of 75 while visiting her friend Rosa Manus. Her memory lives on in her amazing personal accomplishments, in her great works, and in her ability to spur change on such a large scale.

As a doctor, a feminist, a pacifist, a pivotal leader of the suffrage movement, and an activist for human rights, Aletta Jacobs became one of the greatest figures of Dutch history, a heroine, and a global inspiration.