by Nicolas from Buenos Aires

Dr. Bernardo Houssay from Argentina discovered the role of the pituitary glands in regulating blood sugar. 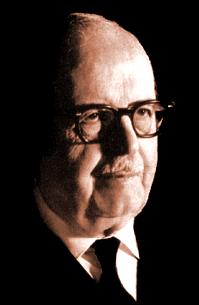 Bernardo Houssay is one of the greatest scientists of Argentinean history and considered the father of physiology in Argentina. He was born on the 10th of April 1887 in Buenos Aires, in a house near the government house. His parents and his other three brothers were French. Afterwards, his family moved several times until they settled down in a little house in Lanús, which is a southern locality of Provincia de Buenos Aires. He learned to read at a very young age, enjoying his father’s library, which included all kinds of works from Verne’s tales up to Napoleon’s epic reports. Later, he felt attracted to theology and wanted to become a priest, but fortunately he changed his mind and decided to be an engineer, as was his paternal grandfather.

In 1900 he graduated from Colegio Nacional at the age of 13 with a distinguished record. Due to his absolutely great skills and his prodigious memory, his parents thought he could do well as a businessman, but he decided to continue with his studies. Nevertheless, because of his age (he was 14), he wasn’t able to start studying medicine, so he studied pharmacology.

That was his take-off, but his principal merit was an essay about the anterior pituitary lobe’s action in the distribution of glucose in the body, for which he got a Nobel Prize. He inspired another Argentinean doctor, Luis Leloir, who continued this work and earned his own Nobel Prize in 1970.

However, due to his difficult relationship with the military government, he was dismissed from his position in the government's medicine faculty for having signed a petition asking for the return of the democratic government. He, along with many scientists of great significance like Luis Leloir, Eduardo Braun-Menéndez, Oscar Orías, Juan T. Lewis and Virgilio G. Foglia, founded their own private institute called the IByME CONICET (Instituto de Biología y Medicina Experimental).

I think this man is a hero not only for his success as a scientist, but for how much he loved the country and for the many things he did to support scientific development: he founded the CONICET and some more investigation institutes, which were internationally recognized for their works. He helped in the development of non-lethal weapons, he fought against the military government and, above all things, he had strong ethics, which vouched for a sustainable development of medicine and were the keys of his success.