by Wendy Jewell from The My Hero Project 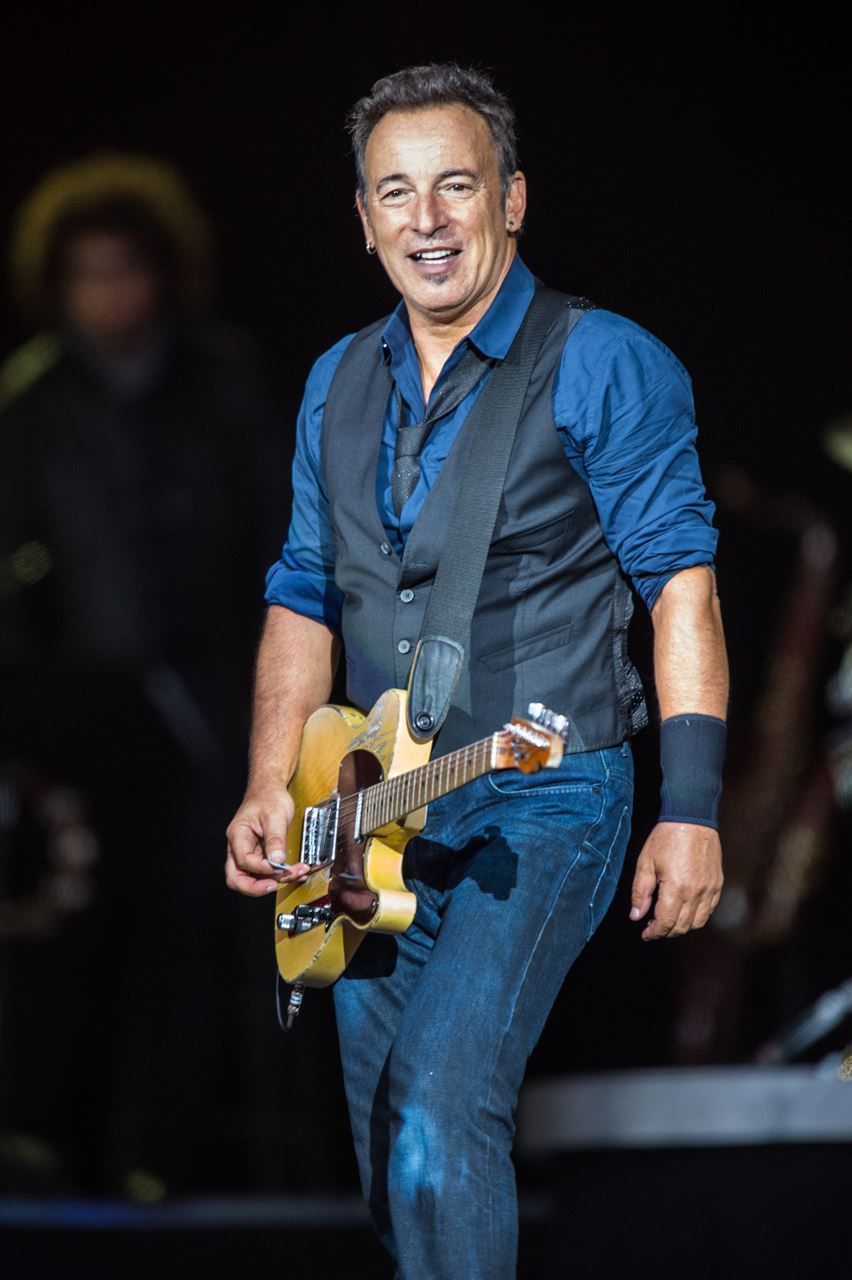 Bruce SpringsteenBill Ebbesen [CC BY-SA 3.0] via WikimediaBruce Springsteen is many things to many people. Singer. Songwriter. Musician. Poet. Son. Brother. Father. Husband. Friend of the common man. Philanthropist. But I think President Obama said it best when honoring Bruce at the 2009 Kennedy Center Awards, "Finally we honor the quiet kid from Jersey who grew up to become the rock and roll laureate of a generation.  For in the life of our country only a handful of people have tapped the full power of music to tell the real American story with honesty, from the heart. Bruce has said 'I've always believed that people listen to your music not to find out about you but to find about themselves. And for more than three decades in his songs of dreams and despair, of struggle and hope, hard working folks have seen themselves. They've seen the great state of New Jersey, and they've seen their America in songs that become anthems. Russell's kids who were born to run, the struggles of workers in my home town, the sacrifices of vets in Born in the USA, love and loss in the streets of Philadelphia.'" Obama ended his tribute by saying, "Bruce was a great friend over the last year, when I watched him on the steps of the Lincoln Memorial when he rocked the National Mall before my inauguration I thought it captured as well as anything what the spirit of America should be about. On a day like that and today I remember, I'm the President but he's the boss."

Born (September 23, 1949), and raised in New Jersey, Bruce Springsteen picked up his first guitar after being inspired by watching Elvis Presley on the Ed Sullivan show when he was just 7 years old. His mother, father and two younger sisters must have some interesting stories to tell about life with "The Boss" during the early years of a future musical giant. By the age of 18, as the Viet Nam war raged, Bruce had to report for the draft but luckily for the music he has given us, he failed his physical so was not allowed to join up. He played with different friends and in several bands but when he finally signed a record deal with Columbia Records in 1972, Bruce Springsteen and the E Street band were born. His 1975 album "Born To Run" was the springboard for his career taking off and he never looked back.

By the time his 1984 album "Born in the USA" came out Bruce was honoring many friends who had come back, changed and scarred from the Vietnam war experience. One of those friends was Ron Kovic, who wrote Born on the Fourth of July, the best selling autobiography about his experiences in the Vietnam war that would become the multiple Academy Award nominated film starring Tom Cruise.  At the Kennedy Center awards in 2009, Ron told the story of meeting Bruce Springsteen for the first time in 1978 in Los Angeles and introducing himself as the Vietnam vet who had written the book, Born on the Fourth of July. "He seemed surprised", Ron said, and he told me, 'I just read that book.' We talked for a while and he invited me to San Francisco to see him perform at the Winterland Arena and somewhere during that amazing concert he looked out and said, this one's for you Ron and began singing Darkness on the Edge of Town.  I remember as I sat in my wheelchair I began to cry and it was the first time I had cried in a long time. Being born on the fourth of July has always meant a lot to me and knowing you Bruce has made it even more special to be Born in the USA."

That is the thing about Bruce Springsteen songs. They are special and make us feel special and loved and that our voices are being heard.

Recently Bruce was given yet another honor in Los Angeles, when he was named MusiCares Person of the Year for his history of philanthropy. MusiCare is the foundation arm of the Grammies (Music Awards) that provides "a safety net of critical assistance for music people in times of need."  Bruce Springsteen, ever humble told them, "I'm here tonight under false pretenses because whatever philanthropy I've done usually just involves me playing the guitar, making a few bucks and bringing some attention to the folks who are really doing the work." Not exactly true though he may have been referring to the many charity concerts and benefits he has been a part of, like NO NUKES, We Are the World, Amnesty International, Concert for the victims of 9/11 and Hurricane Sandy, to name just a few.

Unlike many celebrities who are visible when the stakes are high and the crisis big and known, Springsteen once told Rolling Stones journalist Kurt Loder, "I want to try and just work more directly with people, try to find some way to tie into the communities we come into." And that is just what he has been doing. 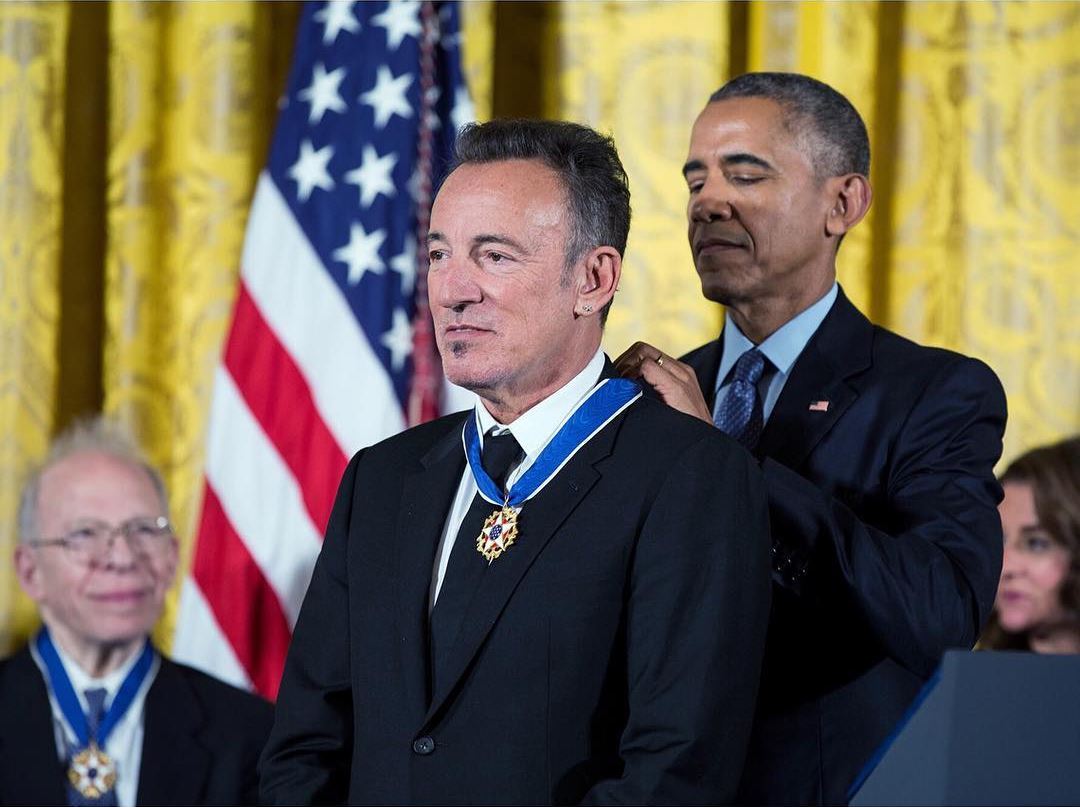 Bruce Springsteen began giving many years ago, out of the spotlight, going about the business of helping others in a quiet, effective way. During his Born in the USA tour of 1984, he gave generously to every food bank in every city of his tour. Always gearing his philanthropy towards direct giving to those in the most need and with local grass roots organizations in those communities. A few examples in his home state of New Jersey include: financing the building of the Newark Community Food Bank, almost half a million dollars to help with home improvements for the needy and thousands more to help laid off union workers.

Bruce Springsteen is still rocking the house! He is known for his long and energetic live shows but topped himself in June during a concert that he dedicated to his friend, the late actor James Gandolfini. During the middle of his show at Coventry Ricoh Arena in the UK, as a tribute to "my great friend James" he decided to play, in order, his 1975 album Born To Run. The show ran just over 3 hours but none of the sold out crowd left this amazing moment in rock and roll history. 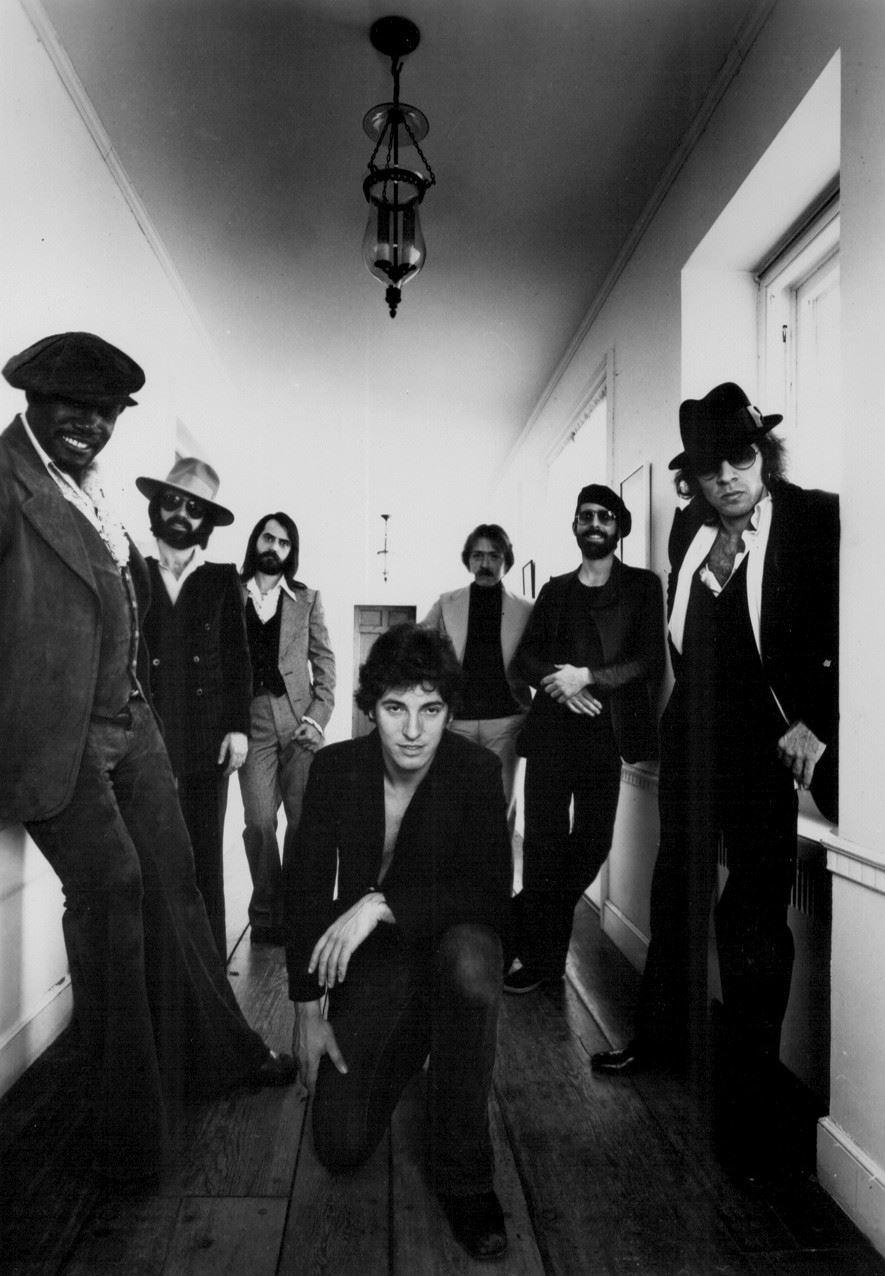 Bruce Springsteen and E Street BandColumbia Records [Public domain] via WikimediaBruce is happily married to his back up singer and partner Patti Scialfa and they have three grown children and still have their main residence in New Jersey. I have always thought that Born to Run was for me, as it has my name in the lyrics (..."Wendy let me in I want to be your friend..."). But then that's what his music does. it connects us to our own lives and to each other and we feel we are a part of something bigger.

The last words go to "The Boss": "You can't triumph without music because music is life. Music is the birds singing, the wheat rustling in the fields, the strumming of the wind through the leaves of that tree that was in the backyard of your childhood home. The earth and the stars rolling through the heavens at night.  Before man or woman heard their name they heard music. They heard the wind rushing past their eardrums, the grass humming with insects. The birds knocking and rocking in the trees."

MusiCares - MusiCares provides a safety net of critical assistance for music people in times of need. MusiCares' services and resources cover a wide range of financial, medical and personal emergencies, and each case is treated with integrity and confidentiality. MusiCares also focuses the resources and attention of the music industry on human service issues that directly impact the health and welfare of the music community.
Amnesty International - Amnesty International is a global movement of more than 3 million supporters, members and activists in over 150 countries and territories who campaign to end grave abuses of human rights. Our vision is for every person to enjoy all the rights enshrined in the Universal Declaration of Human Rights and other international human rights standards. We are independent of any government, political ideology, economic interest or religion, and are funded mainly by our membership and public donations.
Bruce Springsteen - Official website of Bruce Springsteen.

Bruce Springsteen has won 20 GRAMMY AWARDS, 2 GOLDEN GLOBES and an ACADEMY AWARD, appeared simultaneously on the covers of TIME and NEWSWEEK in October, 1975, been inducted into the Rock and Roll Hall of Fame, Songwriters Hall of Fame and the New Jersey Hall of Fame and the list goes on and on and on.
Page Tags
#poet #musician #freedom #writer #brucespringsteen #philanthropist

Click here to listen to the Bruce Springsteen story.