by Alex Becker from Akron, Ohio 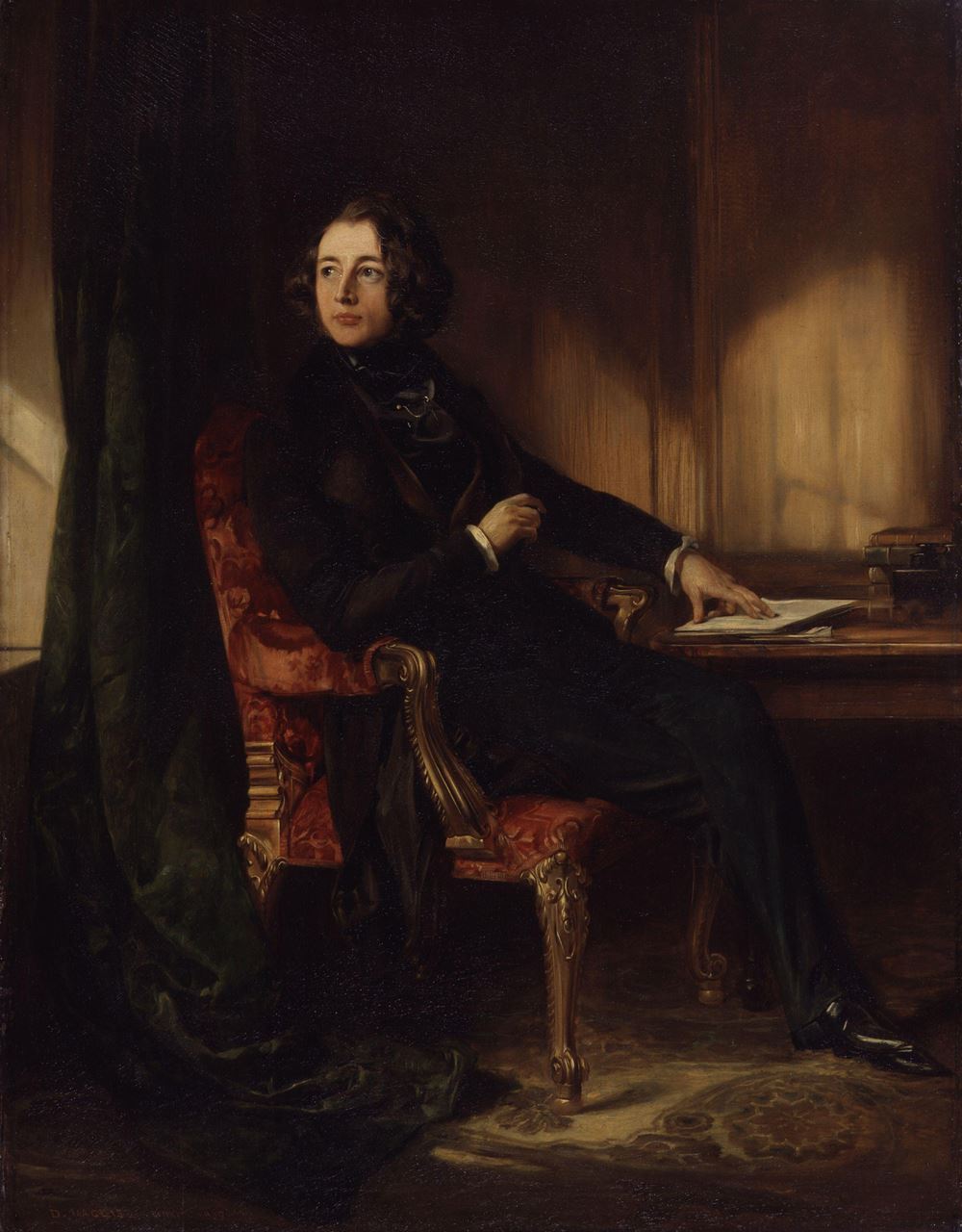 Charles DickensDaniel Maclise [Public domain], via Wikimedia CommonsA hero is a person of status who has either performed small meaningful tasks one by one, or perhaps, by a single marvelous action. A hero does these great deeds out of compassion, love, honor, integrity, and dignity. A person such as this normally has good morals and values. However, they are human beings. They have made and will make mistakes, simply because no one is infallible. The degree to which a hero is good or bad depends upon which side wins the interminable battle fought inside every individual. Taking all of this into consideration, there are quite a few reasons why Charles Dickens is a hero. He wrote amazing novels that often revealed the truth about life, the lower class, and brutality of the world in his time period. Another reason is that he was a humanitarian, a fact that most people today don’t realize. A final reason that Charles is counted a hero was because despite growing up poor, receiving little education and constantly battling his family’s debts, he made the effort and he fulfilled his dream to become a gentleman. Achieving this goal sparked hope in the lower class of 19th century London, as well as the present day. This hope revealed that even if you have little, with some hard work, you could make it into a lot.

Charles Dickens grew up a poor child of an over-worked mother and a father in debt, but that is as much as most people usually learn about him and about his background. I want to shed some light on an old mystery that still shrouds his life today. Charles was born on February 7, 1812 to John and Elizabeth Dickens. This young lad was noticed only because of his senses and memory. He could remember anyone’s face and put it to a place. He could take the place, and give you the aroma of this place, and he had a fantastic long-term memory. Charles was always moving with his family, making it hard to receive a proper education. His family also did not have much money. When his father was sent to debtors’ prison, by custom, his family moved to his cell with him, all but young Charles.

Charles worked at Warren’s Blacking Factory where he received his education from the owner of the business while eating lunch. However, the work was harsh and brutal, and even though the conditions could hardly get worse, Charles dreaded even more going back to his lone apartment. One of his quotes revealed his feelings at the time: “I suffered in silent…I suffered so much that is utterly beyond my power to tell.” Luckily, when his father was released from debtors’ prison, his family returned also. His father told the owner of Warren’s that he thought the children should do less work. This made the owner furious, and he fired Charles on the spot. Unfortunately, Charles’ mother loved the extra money that he brought into the family, so she pleaded for Charles’ job back. He was rehired, but his father wouldn’t let him return and that was, for the most part, all the education he received. In his early adult years he learned shorthand, a writing style used by journalists of the day consisting of short dashes and lines for words, phrases, and letters. This is when he first started his articles for future books and humanitarian acts. This young, innocent, ordinary lad was soon on his way to fame - not riches, but fame unknown to most people.

Charles was a fantastic novelist. That is no mystery. The mystery was hidden in his books. Oliver Twist is a classic story of a young orphan who passes from workhouses, to a family, to the streets of London, where he meets up with a band of pickpockets, thieves, and murderers. This story is one of his many famous works, but if you take a closer look at the book, and at his life, you will see many similarities between the two. Charles was known for putting his life into his stories. David Copperfield is another great example. Historians have recently discovered that Charles merely changed names of people and of places and added a hint more of a plot to make the story more interesting. Other than this, it was his life written in a disguise that took many years to discover. A Christmas Carol, another well-known classic, seems to have no relation to him so far, but no one knows for certain. We as humans always look for more, a moral premise often taught in Charles’ books. In Oliver Twist, characters Bill, Fagin and his boys stole not only because they needed to, but also because they wanted more. Charles ended the book with Fagin and his boys in jail, sentenced to be hung, and Bill already dead. We have mysteries because we always have questions and we want to know more. Edwin Drood, Dickens’ last, unfinished book, had many mysteries in the end: “Who killed Edwin?” “Because there was no body found, is he really dead?” “Is Edwin part of the plan?” Of these questions, we will probably never know which mysteries were intended and which were left unanswered as a result of Dickens’ death.

Despite being a well-known author, Charles Dickens was also, in many ways, a humanitarian. During his first few days as a reporter, he took on an alias and experienced the horror of his first article, “The Yorkshire Schools.” These schools were for boys whose families were either dead or too poor to support them, or the boys themselves just couldn’t handle any other school. As one boy was quoted, it was “Hell on earth.” Charles was deeply moved at the sight of a graveyard for the boys who had died there. He was also touched by a story about a boy who needed an operation and the headmaster pulled a knife and performed the operation himself. As you can imagine, after the article was published, the Yorkshire Schools closed and never reopened their doors. Another act of humanitarianism was when he rented a cottage for women in jail who were abused, neglected, or too poor to support themselves. Another of his actions also involved helping people escape from a train crash, including the woman and her mother that were traveling with him. The woman was a young lady that performed in plays that were adapted from his books. Being divorced, Dickens had been seeing her for a while, though he had been interested in her for a long time. In another act of humanitarianism, Dickens used his talents and thrilled the lower classes with his novels, public readings and plays. In the end, Charles wasn’t just a fabulous novelist; he was also a caring, kind, human being, who put his heart not just in his books, but also in his fellow man.

Even though Charles seemed to have prospered as a writer, the end of his life was worse than the beginning. Even at an advanced age, he was still paying off his father’s debts. Charles’ children and his siblings continued to use his name to borrow money, which he was responsible to repay. A pain of unknown origin in his side that had plagued him since childhood was increasing, and usually came with memories of Warren’s or his childhood. His public readings damaged his health even further. The doctors advised him to stop the public readings. By the time he finally listened, it was too late. Dickens gave his last public reading and went home to write The Mystery of Edwin Drood, his last work. He often told his sister, “So God help me, I must finish this book!” Unfortunately, God didn’t want him to. At dinner, the maid asked Charles if he was feeling well and if he wanted to lie down. With that, he replied, “Yes, on the floor,” and fell over. Not too much later, the doctor pronounced him dead. It was an extremely appropriate way for Dickens to go. He was, indeed, a chamber of smoke and mirrors, a mysterious fog that permeated the very essence of 19th century England, a man in a shroud waiting and watching. A man, no, a hero, who did what was right according to himself and the laws of humanity. A hero, a novelist who wrote many wondrous tales, a man who helped the lower class. This is the story of the great, everlasting Mr. Charles Huffam Dickens.

David Perdue's Charles Dickens Page - Dedicated to bringing the genius of Dickens to a new generation of readers
Charles Dickens - Victorian Web
PBS.org - Dickens: The Story of the Man, the Writer, and the Victorian London He Immortalized
NPR.org - From Dickens Himself, Notes on a 'Christmas Carol' 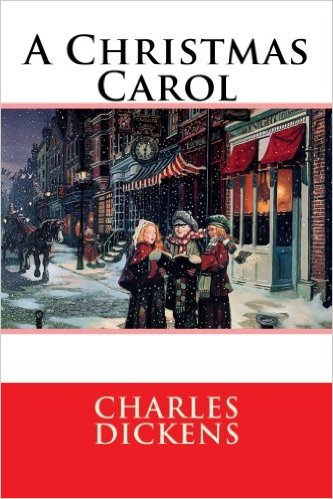