by Aaron from San Diego

“Our greatest glory is not in never falling, but in rising every time we fall.”
~ Kong Fu Zi (Confucius), the Confucian Analects 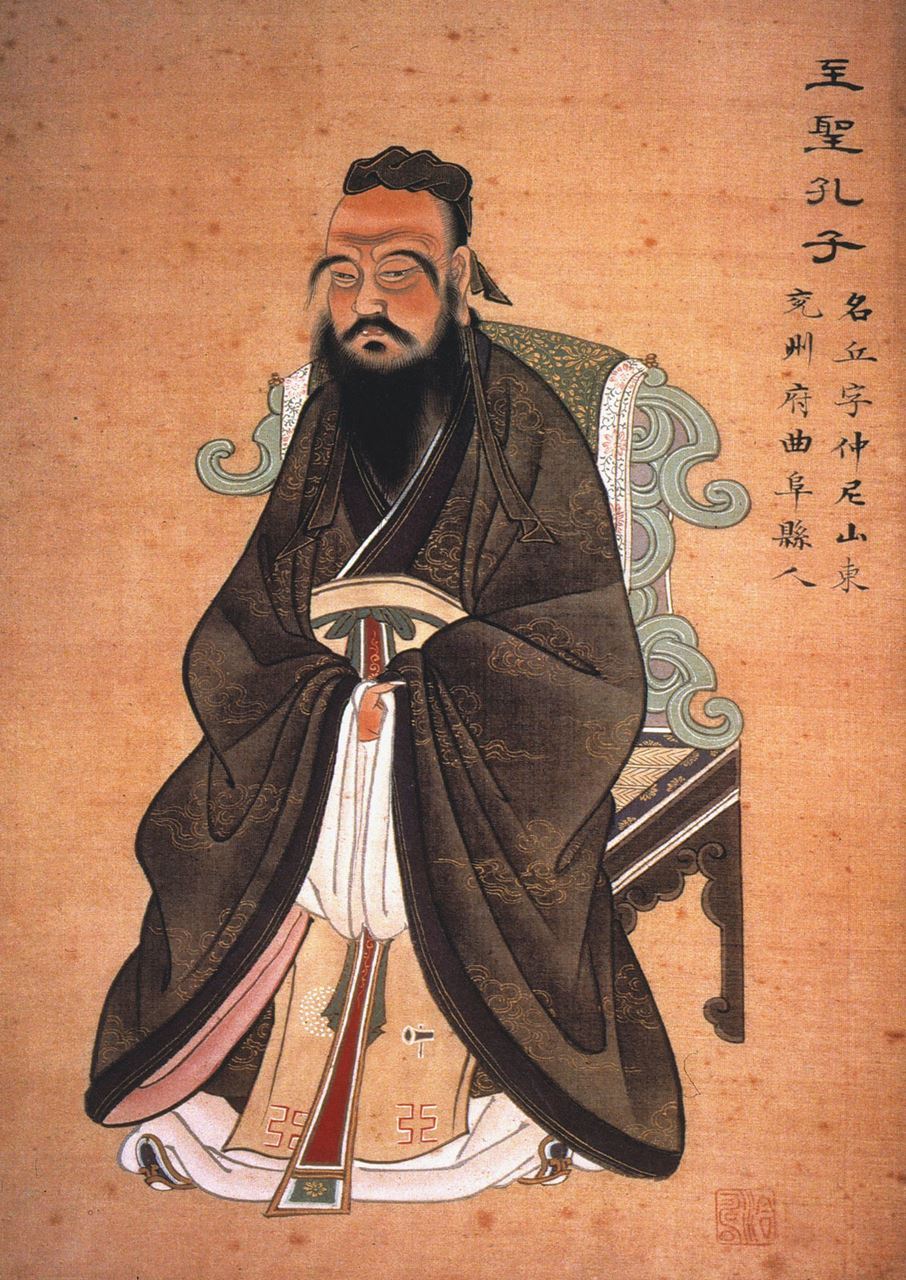 ConfuciusWikimedia CommonsHeroes believe in the potential of their people and have the leadership to guide them on their path. People flock to admirable heroes who display the qualities of leadership, charisma, and courage. Born a meager, impoverished young boy, the philosopher Confucius obtained a never-ending thirst for knowledge at a young age. This thirst would not be left unsatisfied. Confucius grew up to be a charming, selfless man who dedicated himself to the people. His way of life, Confucianism, revealed the importance of many ethical values. Confucianism still has other religions drawing teachings from it today. Confucius guided his people to the way toward a moral, educated, and self-fulfilling lifestyle.

Confucius became the epitome of the phrase “hero to the people” through his guiding hand to his followers. Confucius promoted the values of perfect character: equality, modesty and unity through his way of life; Confucianism (Ruggiero 14, 15, 29-35). Confucianism led numerous followers to paths of high ethics and character. Lives of self-betterment and education awaited those following Confucianism because of Confucius’s emphasis on the pursuit of knowledge and perfect character. Educated people, in Confucius’s eyes, are the ones meant to lead a community. Confucius regarded all people to have the same educational rights. Confucius adamantly believed in equal opportunities for all people and that leaders are not born, but made (Riegel “Confucius”). A defender of the weak, Confucius promoted equality throughout all classes with his belief that no man is superior to another just by birthright. He believed that all people had potential and that education would release that potential to make good decisions for the community. Confucius, with his guiding hand, led his people to more opportunistic paths in life.

Perhaps Confucius’s most famous words of wisdom came from the teachings of the principles ren (unity and compassion) and shu (reciprocity). These teachings all lead to one goal: to be a junzi, which literally translates to gentleman. Confucius created, arguably, the most used moral lesson of all time: the Golden Rule. The Golden Rule states, “What one does not wish for oneself, one ought not to do to anyone else; what one recognizes as desirable for oneself, one ought to be willing to grant to others" (Ruggerio 29-34 ). What this means is that people should only treat others the way that they themselves would like to be treated. Confucius’s words and wisdom have endured through the ages. The moral lesson of his words is still taught to young children today.

Another principle that Confucius promoted, ren, speaks of unity and compassion in all humans. People that uphold ren are modest, have respect for their elders, and also have an unconditional love for other people (Freedman 19, 28-30). Unconditional love for others is important because of the respect one should give all people, no matter what they do. Wisdom from past generations is also kept with the heart. Followers of Confucianism learn to value the wisdom of their elders. Knowingly or not, many people around the world today follow Confucius’s inspiring way of life and still uphold these values.

Confucius’s tremendous influence remains widely felt throughout the world today. From quotes passed down through the ages to religions that draw their beliefs and character values directly from Confucianism, there is no doubt that Confucius created an influential way of life. From a poor, meager boyhood, Confucius grew up to become one of the greatest philosophers of all time.

Confucius.org - This site contains the Lun Yu (499 sayings of Confucius) in 21 languages and a varying amount of other Confucius related contents for each language.
The Analects by Confucius - An online English translation of the sayings of Confucius.
Stanford Encylopedia of Philosophy - For more about Confucius's life and his social and political philosophy.