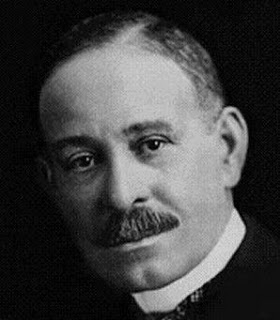 Daniel Hale WilliamsPublic domain"True heroism is remarkably sober, very un-dramatic. It is not the urge to surpass all others at whatever cost, but the urge to serve others at whatever cost" (Arthur Ashe). This quote fits the hero I chose today very well because it wasn't his selfishness that led him to be a hero; it was him doing what he loved and his passion that helped others. His want to pursue his dream led him to help others do the same. Daniel Hale Williams III was born on January 18, 1856, in Hollidaysburg, Pennsylvania to Sarah Price Williams and Daniel Hale Williams II. He was born into slavery and his family worked at a barber shop that he later inherited. When Williams was 10 he moved to Baltimore, Maryland, where he became a shoemaker's apprentice, which he did not like. That is when he decided to move back with his family in Illinois. He later worked as an apprentice again, but to a surgeon by the name of Dr. Henry Palmer. Palmer helped him reach his dream of becoming a doctor when he helped him get his M.D. in 1883. He then became a doctor focusing his career on surgery. Later in his career he became the first surgeon to perform open heart surgery. He opened up the world of research and today saved millions of lives by his simple work. After retirement he dedicated his work to research and volunteering. He later died in Idlewild, Michigan in 1931. A hero is someone that exemplifies courage, intelligence, and provides help and guidance to other people. A hero might also open a pathway for others to help and contribute to the environment. Daniel Hale Williams is a hero because of his courage to stand up against others, intelligence to get a medical degree to save lives, and trail blaze the path for future African American doctors and nurses.

Some of Dr. Williams' admirable traits were his courage and determination. Williams was born into slavery and worked as a slave till the age of 5 ("Born into slavery in Missouri" Daniel Hale Williams). He had the courage to stick up against the typical "fate" of the common African American during these times. Williams was courageous enough to go against the pack and handle the criticism and unsupportive comments that accompanied it. Courage was a trait that followed Williams even as an adult and was displayed when he opened up his first interracial staff-operated hospital. "May 1891, Williams opened Provident Hospital and Training School for Nurses, the nation's first hospital with a nursing and intern program that had a racially integrated staff" (Daniel Hale Williams). Williams was not afraid to stand out and go against what the public thought. He shows his courage by standing up for what he believes in. Even though many would disagree with his plan to have a racially integrated staff, he still was brave enough to do what he believed in. This interracially staffed hospital was also risky to open because of the strong belief of discrimination that was still at hand. To have enough bravery to open this hospital without being antagonized was very brave.

Daniel Williams was also known for his great intelligence. He was the first person to perform open heart surgery in a time when it was considered to be impossible. As a result his effort saved a life: "In 1893, the first person to perform open-heart surgery" (Daniel Hale Williams). Williams took the intelligence of his regular dissections and used them to perform an instant heart surgery, when it was a subject still being studied. He used only his pre-knowledge of the human body and pre-performed skills to work on something he'd never done before. Another thing that made this so amazing is the technology time gap between 1893 and now. Daniel did not have all the high tech tools now used in modern day hospitals. He had more basic tools, old-fashioned tools to use. He had no blood transfers or IV and was still able to complete and open heart surgery. Another way to prove how smart Daniel Williams was was the amount of awards he received from the beginning of his career to the end. "In February 1894, Daniel Hale Williams was appointed as Chief Surgeon at the Freedmen's Hospital in Washington, D.C." (Daniel Hale Williams Black Inventor.); "being named a Fellow in the American College of Surgeons (1913)" (History: Dr. Daniel Hale Williams); "1902 performed another breakthrough operation, successfully suturing a patient's spleen" (History: Dr. Daniel Hale Williams). After Daniel saved his first life and opened major research in the medical field, he continued to astonish the world by performing intelligent procedures. A year after his remarkable surgery, he became a famous doctor. Word quickly spread of his skills, ability, and intelligence, and he was the first African American chief surgeon. Ten years following his first open heart surgery, he let his intelligence perform again when he successfully sutured a spleen (to stitch the spleen back together). This was a second assurance that Williams was past the average mind and his first surgery wasn't luck. He was a truly skilled man with unbelievable talents, and these unbelievable talents led him to save and help many wounded. Daniel Hale Williams was an intelligent doctor who became very skilled at his position after years of hard work. He opened the world to new dimensions of research by his intelligence, and it was also used to save many lives. He became a surprise for people who didn't believe in what he did or believed his first procedure was pure luck until he was able to astonish the world again in 1902. Daniel Hales Williams was not only a brilliant doctor, but also a brilliant man.

Daniel Williams finally proved himself as a hero when he trail blazed the way for future African American surgeons, doctors, and nurses by opening the first interracial staff hospital. "In 1890, Reverend Louis Reynolds, whose sister Emma was refused admission to nursing schools because she was black, approached Dr. Williams for help. This led to the founding of the Provident Hospital and Nursing Training School in 1891" (Dr. Daniel Hale Williams). Williams opened up a school that was able to help African Americans who wanted to pursue the same dreams when he was their age. Without this some people might not have been able to learn the fundamentals they need to land them a job in the medical field. Daniel went out of his way to help the people who only wanted to be treated equal and learn as others. He helped people land jobs in the medical business and become nurses and doctors. This helped more people learn to save lives and help others. "At his death, he left donations to many organizations he had supported including the National Association for the Advancement of Colored People, Meharry Medical College, Howard University and other institutions. These gifts helped provide expanded medical education opportunities for black students" (History: Dr. Daniel Hale Williams). Even after his death Williams made sure he did everything he could to pave the way for future doctors and nurses. He mentored kids in his retirement and then helped create ways to make sure they received their medical degree. Daniel wanted to make a statement when he left us. He fought to establish the African American community by donating money to help expand the NAACP. He wanted people to be able to achieve their dreams and not let the color of their skin hold them back from it. Daniel Williams trail blazed the path for in the medical field for African Americans by the little things he did. He didn't have to go to extremes to change the pathway for the future. He took it into his own hands and controlled projects by himself in order to pave a new pathway for the African American medical field as a different individual group.

Williams is a hero because of his courage, intelligence, and abilities as a trailblazer. He taught the medical world that it doesn't matter the color of your skin; no one is more talented because of their ethnicity. He led future African American doctors and nurses that it is possible to be an African American in the medical field, and with the help of his interracially staffed hospital, it was possible for many that attended. He is a lifesaver, leader, and genius. He opened one of the biggest researches in history which has saved millions of lives today. His courage to go against regular odds is his best admirable trait. All of these are why Daniel Williams III is an inspiration to me:

He helped me realize that I shouldn't demean myself to lower standards because of the color of my skin, nor be afraid to want better for myself, even if it does mean sticking out from the rest. I can still become a neurosurgeon, and just because I'm African American doesn't mean I have to subject myself to anything less. Today he has made me believe the impossible is possible. Daniel Hale Williams will be remembered by me not for just being the first person to perform heart surgery and open an interracially staffed hospital; but for being the first person to make me realize that at the end of the day all everyone wants is to achieve their dreams, and whatever happens along that journey is just another piece of the puzzle.