by Tahir from Portland, Oregon

Derartu Tulu dreams that every woman and child in the world will have the right to do whatever they want.

Derartu Tulu was born in 1972, in the village of Bokoji, Arsi of central Oromo in Ethiopia. Derartu was the seventh child in a family of ten children. Derartu loves Oromo. That is why she works hard to help her people and her country. This little girl grew up and became a lovely woman, beloved by the Oromo people.

Derartu's running career began in a 400-meter race in her school, and they called her the Star of the Mile. When she was 17, Derartu was hired by the Ethiopian police force. She became a runner in the police club, but Tulu’s dream was to join the world runners. She joined the Ethiopian national team in 1992, for the Olympic Games. Tulu won the 10,000-meter race at the Barcelona Olympics. Derartu is beloved by all African people and Oromo people, and goes down in the history books as the first African woman to win a gold medal. 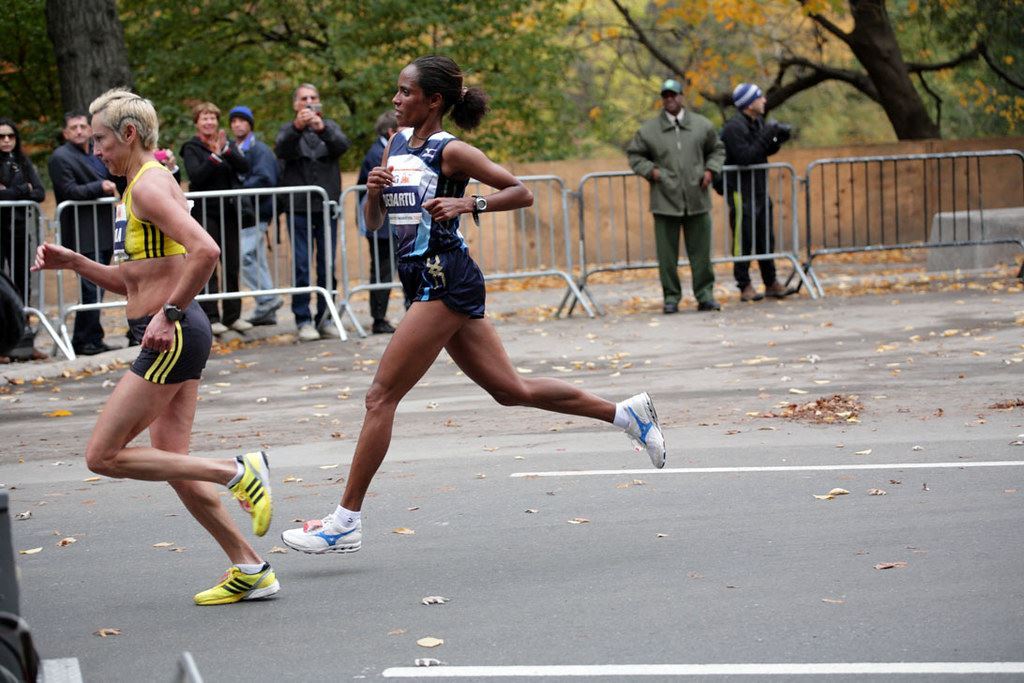 She had never lost a race in the 10,000-meter, remaining undefeated over the five seasons of her international career. Then she was injured in 1996, but she never backed down, even after she lost in the 10,000-meter. In 1998 and 1999 she gave birth, but came back in 2000 in the best shape of her life. She won the 10,000-meter Olympic gold for the second time. She is the only woman to have done that in the short history of the event. She has a total of 6 world and Olympic gold medals.

After sixteen years of running, Derartu Tulu is still running competitively. She is an icon of the Olympic movement, and many will recall her victory lap in 1992 with white South African Elena Meyer, symbolically celebrating an African victory and end of apartheid on the track. She will also be remembered for her hard work and for her speed. For me, Derartu Tulu evokes hope, effort and humility. She fought fate to become a famous woman--she’s my hero!