by Cassie from Herrin

“Her compositions were unlike anything ever heard - and always produced a sensation – both with the scholars and teachers – her imagination sparkled – and she gave it free rein.” – Austin Dickinson 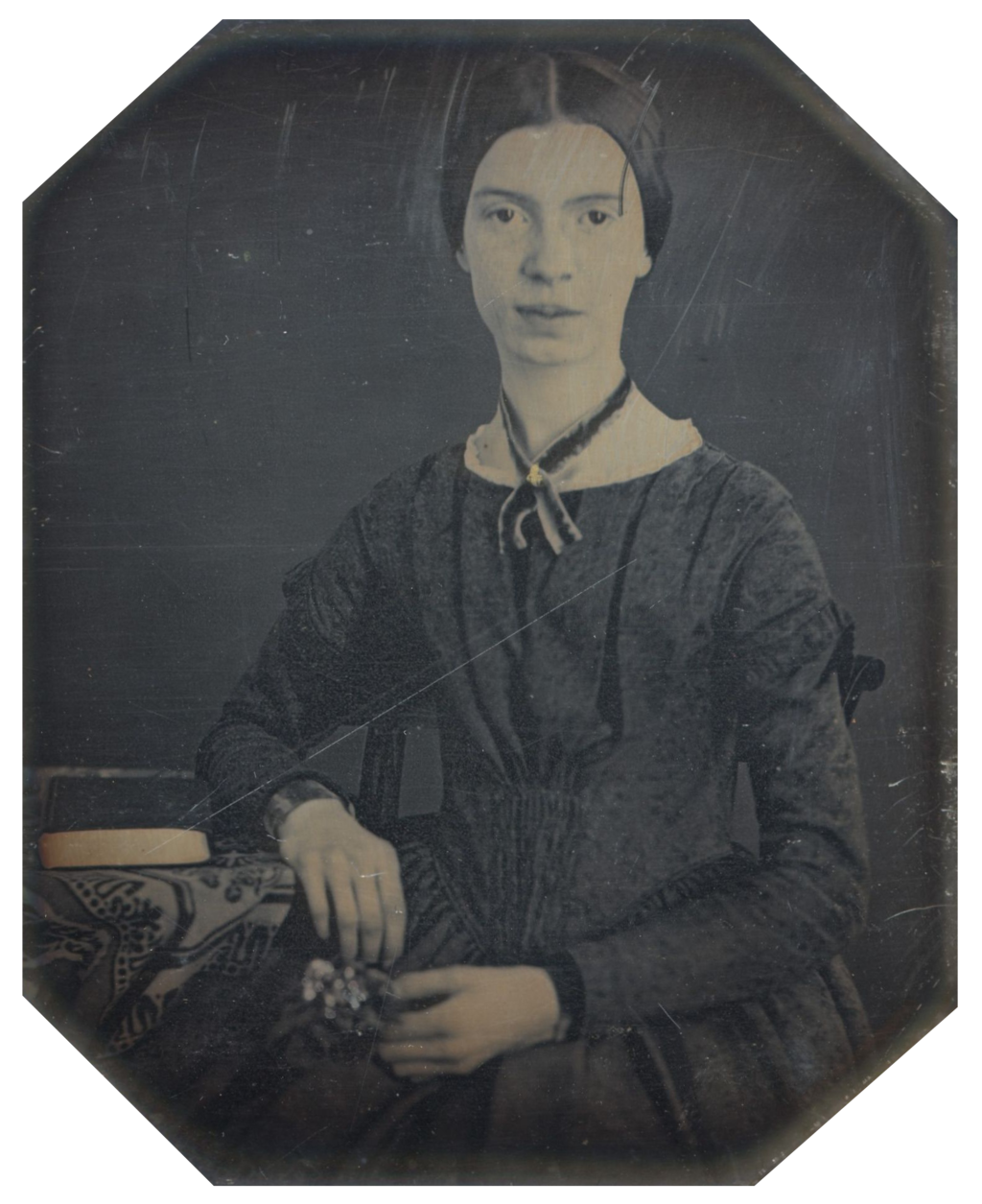 This daguerreotype taken at Mount Holyoke, December 1846 beginning 1847 is the only authenticated portrait of Emily Dickinson later than childhood. The original is held by Amherst College ArchivesPublic Domain via Wikimedia Commons

A hero should always do the right thing and stand up for what they believe in. I think a hero should help people and inspire other people to do the right things. I also think a hero should do things for other people and try to make a difference in the world. Emily Dickinson is my hero because she is very inspiring. She helped the world discover a new type of writing. She wrote many different poems, about 2,000 in all, by the time she died. She also inspires me to write poems.

Emily Dickinson was born in Amherst, MA on December 10, 1830. She grew up there with her father, Edward, and her mother, Emily Norcross Dickinson, with whom she didn’t get along that well. She also lived with her sister, Lavinia, and her brother, Austin. Her father raised her to be a Christian but she didn’t attend church until she was in her thirties. Her father also tried to keep her from learning how to read, but she grew up and went to school and learned anyway. Her grandfather was the founder of Amherst Academy College and Emily graduated from there. She also studied a year in Mount Holyoke.

Emily Dickinson was very shy and different from other people. She never got married but she did fall in love with Otis P. Lord. They never got married because they realized they were too late into their lives. Emily was in her fifties when she fell in love with him and he was eighteen years older than her. Then a little while later Otis P. Lord died. After that, Emily’s disease she suffered from, Bright’s disease, got much worse. Most of the poems she was writing were about the most important things in her life; they were love, religion, individuality and nature. She had many ways of expressing these things, but she mostly wrote them in her poems. She even wrote a lot of them through experience.

When Emily died on May 15, 1886, her sister, Lavinia, found about 2,000 poems Emily had written. She then showed them to the world. They were very different and new to everyone, but everybody loved them. They related to how people feel and to their lives. They inspired people in many different ways. Throughout Emily’s life people told her no one would like her writing, but when everybody read her poems they loved them.

Emily Dickinson was an inspiration to many people. She always stood up for what she believes in and did what she thought was right. She even learned to read and write when females weren’t supposed to. She introduced the world to a new kind of writing and poetry. Emily wrote odd poems that were different from other people's and she expressed her feelings differently in them. It changed the way people think about things and how they feel about them. She wrote about the important things in life, like love and individuality, and it really touched people. She inspired me to write poems, and the way she wrote them really made me think about things. She made her poems have feeling. All heroes try and make a difference, and that’s what Emily Dickinson did.

I'm nobody! Who are you?

How dreary to be somebody!
How public like a frog
To tell one's name the livelong day
To an admiring bog!

Hope is the thing with feathers

Hope is the thing with feathers
That perches in the soul,
And sings the tune without the words,
And never stops at all,

And sweetest in the gale is heard;
And sore must be the storm
That could abash the little bird
That kept so many warm.

I've heard it in the chillest land,
And on the strangest sea;
Yet, never, in extremity,
It asked a crumb of me.