by Brian from Cupertino 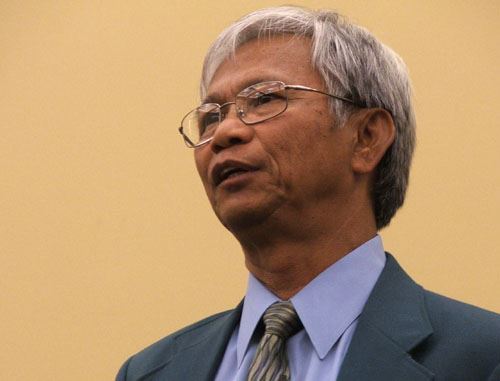 Dith PranRobert Stewart from Athens, OH, USA [CC BY-SA 2.0 (https://creativecommons.org/licenses/by-sa/2.0)]Dith Pran was born into a respectable family in 1942. He grew up in Siemp Reap, Cambodia. Cambodia was under the rule of the French, but at the time the Japanese army had invaded it. Although most of Cambodia was poor, he grew up in a family with at least a little bit of money. His father had a high ranking job in the government, and while most had to work, Pran was able to go to school. He learned French in school, but on his own, he studied English and actually ended up getting a job as an interpreter because of it.

As an adult, Pran was determined to let the world know of the tragedies in Cambodia through his work as a reporter. Cambodia was being ruled by a new US supported dictator named Lol Nol, but this new leader was not adored by his citizens as the US might've hoped. The Khmer Rouge, Communist Cambodian rebels, attacked the troops of Lol Nol. The Khmer Rouge was led by a leader who had little education in the theories of Communist leaders, despite his leading one of the most dangerous Communist rebellions. His name was Pol Pot, and his name would strike fear into the hearts of even the bravest. The Khmer Rouge tried to force an agrarian government on the Cambodians. Anyone with any trace of intelligence was executed. Many children became soldiers and they were allowed to kill anyone that they suspected to have an education. Almost all reporters were murdered. Pran, along with Sydney Schanberg, tried to let the world know of these atrocities, until Sydney was taken out of the country and Pran was left behind. On his own, Dith Pran was able to survive re-education camps, Khmer Rouge, and long escapes through the jungle. He did all of this to share his tear-wrenching story with all of the lucky people who have the privilege to live in a country that isn't tortured by war.

Dith Pran has many stories of heroism, but one that stands out to me is how he tried to save a young boy from the destruction of their country. The little boy was the son of a Khmer Rouge official who was appalled by how far the revolution had gone. Pran had come upon the family one day after his escape from the re-education camp. Even though they knew he was against the revolution, they let him stay because the son had become attached to him and the feeling was mutual. When things really got bad the father decided that it was time for his son to leave. He put him under the care of Pran. He stayed in order to try and bring Cambodia back into order, but was later killed. Pran risked his life in a mine-filled jungle in order to give the child a new life. He cared for him like a son and made sure nothing would harm him. In the end, the child was killed in a mine explosion while he was left in the care of another soldier. Even though he didn't accomplish his ultimate goal, Dith Pran tried to give the young boy a better life. I think that this is real heroism.

Dith Pran is a hero to me in many ways. He risked his life to try to better the world. He would not tolerate the atrocities that he, as a Cambodian, was facing. Throughout his journey, he never gave up. His determination to survive and show the world what he had seen were what let him achieve his overall goal. By following his example, I believe we could all gain in an incredibly positive way.

Yale University Cambodia Genocide Program - is a project of the Genocide Studies Program at Yale University to learn as much as possible about the tragedy, and to help determine who was responsible for the crimes of the Pol Pot regime. 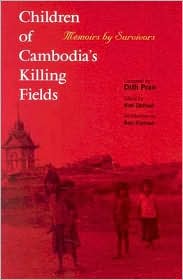