by Mei Ling from Cincinnati 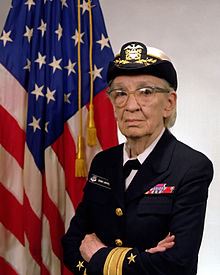 Grace HopperJames S. Davis [Public domain]Grace Hopper is the woman who led her team to build the first computer compiler, COBOL. To know that Grace Hopper was a hero, you must know her college life, her achievements, and what she did that impacts us now. At age seven, she was taking apart every clock in her house. The only problem was that she didn't know how to put them back together. Her father, Walter Fletcher Murray, was an insurance executive, while her mother, Mary Campbell Van Horne, did mathematics. Grace was the eldest of three children. Grace's parents made sure she was surrounded with an educated environment. They wanted to support Grace in any way they could.

Grace Hopper went to a private liberal arts college called Vassar College in Poughkeepsie New York. At age of 17, she knew she wanted to major in mathematics and physics. But before, she was taught to appreciate school, self-reliance, and hard work by her father. Grace was a very curious kid. Her parents helped her the best they could by letting her have access to as many books as she would like. Her parents were very supportive. She graduated from Vassar College in 1928, age 21, she received a Bachelor of Arts (B.A.) degree in mathematics and physics. After graduating from Vassar, she went on to Yale University where she got a masters degree and Ph.D, both in mathematics and physics, in 1934. She then went back to Vassar College to teach. She also married a man named Vincent Hopper; later they divorced in 1945. Serving in the military ran in the family. She applied to be a part of the military, but she was rejected. They said she was too short and her knowledge from Vassar was too valuable to leave. During World War II, she was accepted to the Navy reserve team, being the third person to join. She was assigned to work on the Harvard Mark I computer. After World War II, she was working on Harvard Mark II computer. In 1952, she led her team to building the first compiler, Common Business-Oriented Language (COBOL). What the COBOL did is give instructions and turned them into a code that computers could read. In 1986, Grace retired from the Navy and was then known as "Amazing Grace."

Grace was given multiple rewards for building COBOL. One reward she got was the National Medal of Technology in 1991 by the president, George Bush. The National Medal of Technology is an award given from the president to an inventor that has made an impact in the world with their invention. She died on New Year's Day (January 1st) 1992. She was buried "with full military honors in Arlington National Cemetery, Virginia" ("Grace Murray Hopper"). The Navy named a guided missile destroyer the USS Hopper in 1997. What she did from 1906 to 1992, we still celebrate today. In 2013, Grace Hopper's 107th birthday was celebrated with a "Google Doodle." They also give out Grace Hopper awards every year. The person that won in 2015 was Brent Waters. This year, "In 2016, Hopper was posthumously honored with the Presidential Medal of Freedom by Barack Obama" ("Grace Hopper Biography"). The Presidential Medal of Freedom is the nation's highest civilian award. It shows that person's service was realized. Grace Hopper inspires lots of people from her invention COBOL. 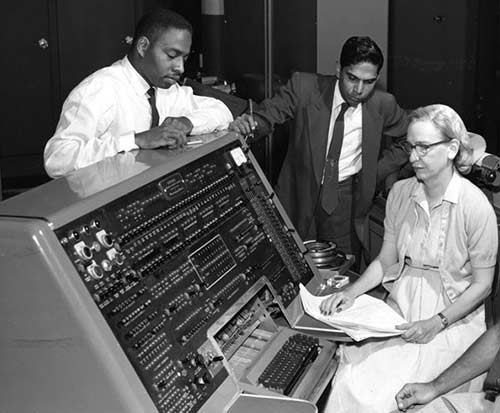 In conclusion, a hero is someone who inspires another person. Also, heroes are not doing anything for fame; they are doing it out of helping others. A hero is also ready to make sacrifices. This fits Grace Hopper because she sacrificed her time to her team for building COBOL. She also gave her time to the Navy, like programming Mark I and Mark II. Grace Hopper did not build COBOL for fame. She built it because it was needed for people then and now.