by Wendy Jewell from Los Angeles, California in United States

"I want to be a children's hero; children need heroes because heroes give hope; without hope they have no future." ~ Geoffrey Canada 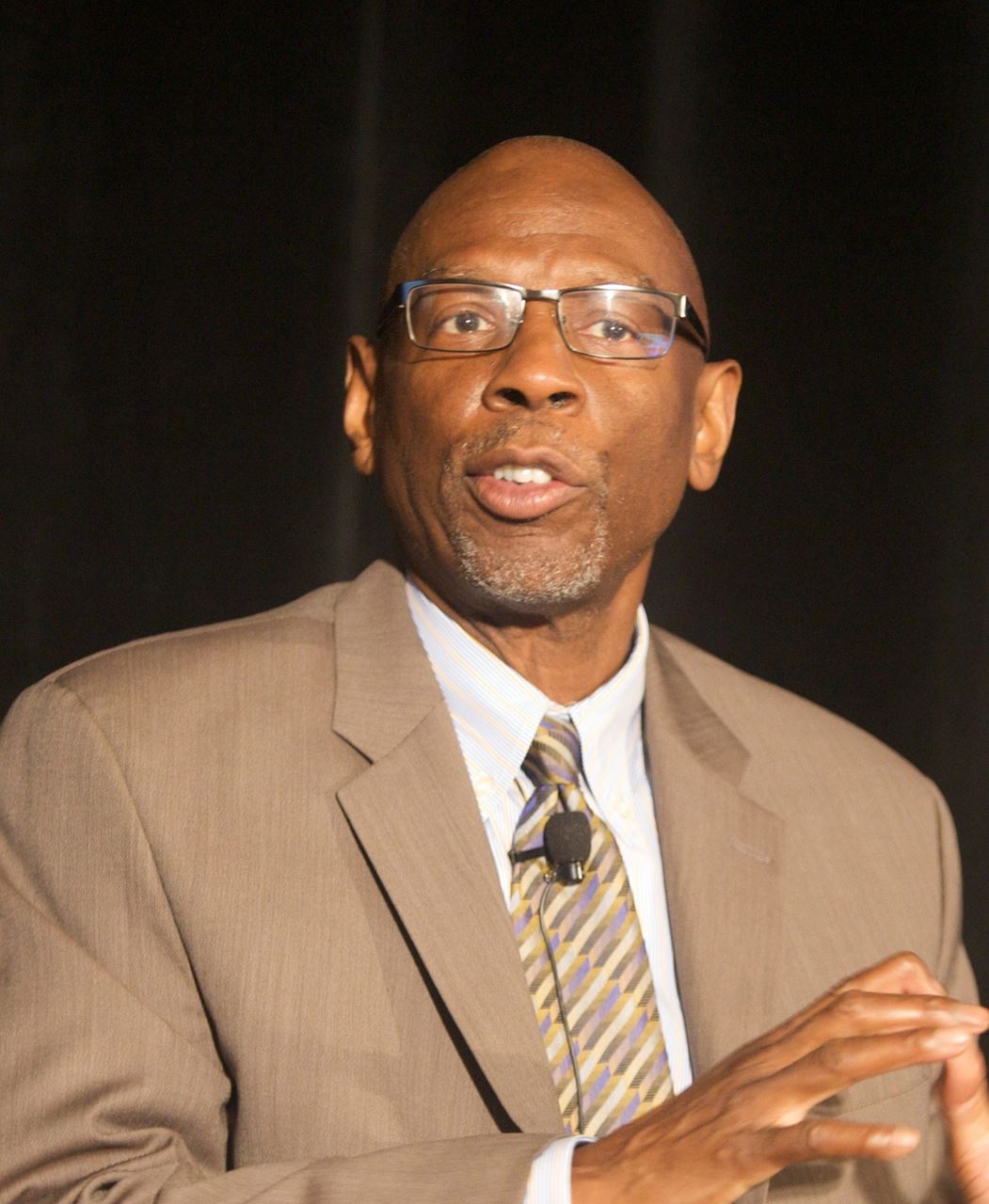 Geoffrey CanadaUS Department of Education [Public domain]Geoffrey Canada is recognized internationally for his ground-breaking work in educational reform. He runs the Harlem Children's Zone, a 97 block area in New York City, called "one of the most ambitious social experiments of our time" by the New York Times Magazine. The HCZ "combines educational, social and medical services. It starts at birth and follows children to college. It meshes those services into an interlocking web, and then it drops that web over an entire neighbourhood. The objective is to create a safety net woven so tightly that children in the neighbourhood just can't slip through."

Mr. Canada is president and CEO of the Harlem Children's Zone and his passionate advocacy for the education of children is featured in the enlightening and somewhat controversial documentary, Waiting For Superman.

It was at this time that Geoffrey became aware of his hero, Dr. Martin Luther King, Jr., "an inspirational leader--one who countered hatred and violence with peace and patient fortitude." His childhood was a very turbulent time in America. The assassinations of President Kennedy, Martin Luther King and Robert Kennedy, all champions of the civil rights movement, made Geoffrey afraid he would never see anything that looked like equality in his lifetime. "I remember feeling that when Bobby Kennedy was killed right in front of our eyes that, there it goes, all this stuff about equality. I was trying to explain to someone why President Obama was so powerful to so many of us was that the last time someone looked like they were really listening to the cries from the disenfranchised was Bobby Kennedy and right in front of our eyes they killed him. I just thought this country would never allow the African Americans to reach their full potential."

Geoffrey has said that one of the things that depressed him as a child was when he found out there was no Superman; that he was not actually going to come and save him and his friends. He remembers thinking, "There is not one coming to save us? I thought there should be someone who should come in and help these kids." The ones that no one was helping. The ones that would never get to high school or college or out of childhood. He knew in grade school what he would do with his life. All the courses he took at Bowdoin University, where he graduated with a degree in psychology and sociology, and at Harvard Graduate School of Education where he received an M.A. in Education, led him onto the path he is on today; helping the kids that were not being helped. Proving that all kids, given the right tools at school and in their lives, can be successful and achieve at a high level socially and academically.

One of those tools is Martial Arts. In his book, Fist Stick Knife Gun, Mr. Canada talked about how Tai Kwon Do allows one to speak with students "about values, about violence, about hope. I try to build within each one a reservoir of strength that they can draw from as they face the countless tribulations small and large that poor children face every day. And I try to convince each one that I know their true value, their worth as human beings, their special gift that God gave to them."

Geoffrey Canada grew up poor and segregated in the South Bronx in New York City, not far from the HCZ. His early education was part street, part school. He was 12 or 13 when he first realized he was being brainwashed by the culture he was living in when he happened to listen to some orators on a street corner in his neighbourhood. They wondered aloud about why everything bad was black, like Black Monday. Mr. Canada remembered thinking, "I began to look around and I thought, oh my goodness, there might be something to this and the place it impacted me the most was in school. I started looking at the system. I was in the number one class; but no one thought anyone in the lower classes was ever thought of as having any chance to go to college or make something of them(selves). It was all based on what someone thought of your ability." This set up his belief that in order to be accepted at the same table as white students he had to strive for a state of excellence in everything he did; get A's in every subject; prove that he was just as intelligent as the white students. In an interview with Julian Bond of University of Virginia, he said, "Now people think that's such a racial thing to say but there were actually studies when I was in college that tried to prove the inferiority of races; why this was really genetics. We felt we had to be better, not just as good. A generation after me, that was not the case, that same pressure was not on them. We were always breaking through the barriers and once we had done that a lot of people thought the race was already won."

Geoffrey was lucky to have some good people around him, influencing him when he was a child. He credits his maternal grandparents, his mother and several teachers. His grandmother would ask him really important questions and listen to his answers. She engaged him in the art of conversation and debate. She also taught him about faith and how it was so important to have it when things were tough. He credits his first grade teacher with teaching him how to focus, about poetry and about, "this guy and this guy had these eggs and they were green and I had never heard Dr. Seuss and I thought it was so great and I wanted her to read it over and over. That teacher changed my life." But most importantly, Geoffrey was lucky to be raised by a loving, smart, caring single mother who made him realize the importance of education, the importance of strong values and the importance of taking responsibility for your actions. She introduced Geoffrey and his three brothers to the wonderful world of books, art and music and to the wonders of New York City, beyond the Bronx. Because they were poor, they couldn't afford real hair-cuts and kids would laugh at them but their mother reminded them that, "it's not what's on your head but what's in your head that's important." TV time was restricted, which left more time for real life. The civil rights movement was raging all around them and his mother made sure to introduce them to the marches in the streets of New York in the 60s. 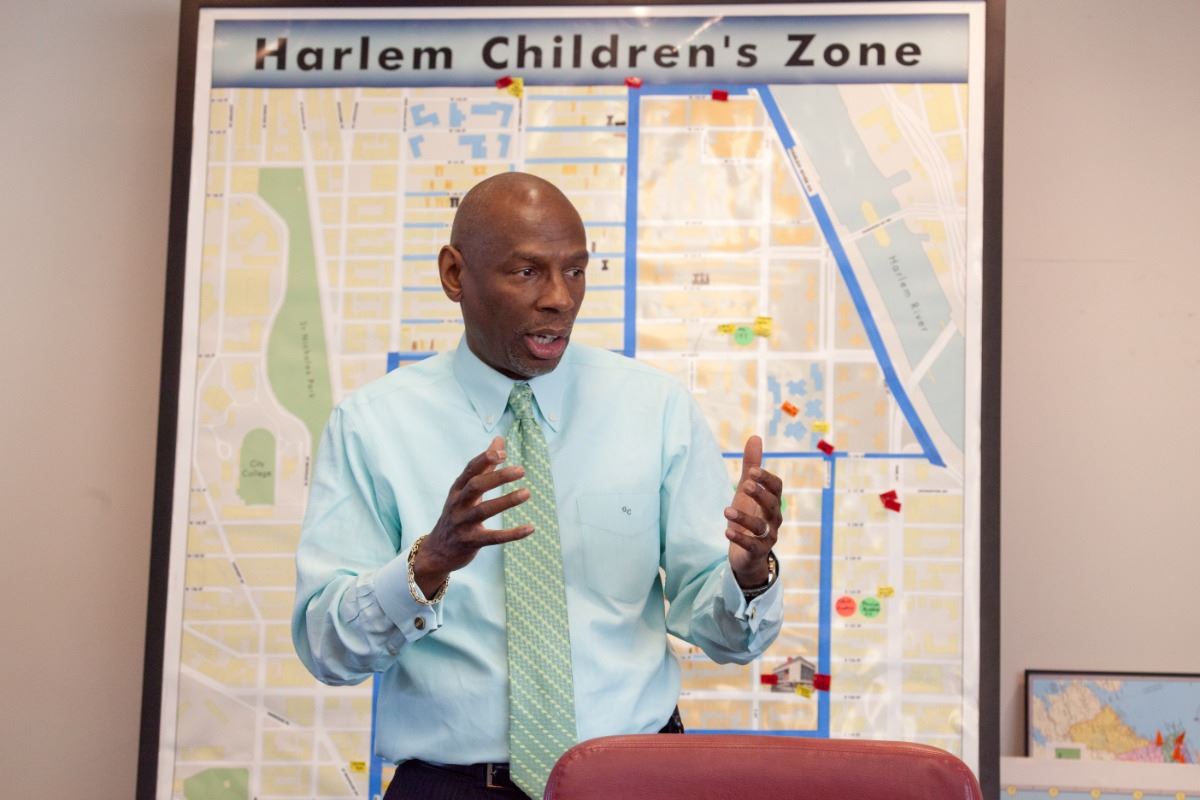 Another of Mr. Canada's heroes is Marian Wright Edelman, who, he told MY HERO, "in her soft-spoken but steely way, has been an unwavering advocate for children and a guiding star for many of us." Mr. Canada partnered with her and her organization, The Children's Defense Fund, on behalf of the Black Community Crusade for Children (BCCC), a national program to make saving African American children the top priority within the African American community. 20 years after the inception of the BCCC, Ms. Edelman writes in an article on the Huffington Post: "Today, the toxic cocktail of poverty, illiteracy, racial disparities, violence, and massive incarceration is sentencing millions of children to dead end, powerless, and hopeless lives and threatens to undermine the past half century of racial and social progress. This is the moment to act with urgency, vision, and courage to combat the growing racial and class segregation in America; to close the achievement gap; to reweave the fabric of family and community; and to build a loud and effective adult voice for children." And this is the long-term goal as well as the daily achievement of Canada's HCZ. By instilling the individual worth in each of his students and reinforcing their support systems, Canada gives them a chance to realize their potential, to achieve in a competitive world and to break the cycle of failure and incarceration that awaits the impoverished and illiterate. He gives the students and families of HCZ more than the opportunity to achieve. He gives them a hero to emulate. And his efforts lie at the very foundation of Ms. Edelman's mandate:

"Building a powerful intergenerational movement is crucial to protecting children and transforming our nation's addiction to punishment and incarceration as a first rather than last resort. We must establish better child investment policies and stronger, more skilled and innovative advocates, community networks, and institutions to implement them. We must increase community capacity, sustainability of practices and programs that work, and create as many effective new servant leader voices for more just national choices as possible. There is not a moment -- or child -- to waste."

Geoffrey Canada is doing all he can to change the game of life for millions of children in America. He is leading by example. He is fulfilling his dream of helping children reach their full potential and beyond. In his book, Fist Stick Knife Gun, he wrote, "I want to be a children's hero; children need heroes because heroes give hope; without hope they have no future." Geoffrey Canada is my hero and I am sure a hero to thousands, if not millions, of kids that, because of him, dare not only to dream of a future full of hope, but to claim it.

The Harlem Children's Zone Project - Through a coordinated effort by hundreds of devoted men and women, The Harlem Children's Zone has established a new method to end the cycle of generational poverty. By addressing the needs of the entire community, HCZ isn't simply helping children beat the odds, it's helping to change the odds.
Waiting For Superman (the Documentary) - Check out the website for WAITING FOR SUPERMAN... find out how to take action and help all kids in America get the education they deserve.
Children's Defense Fund - Founded in 1973 by Marian Wright Edelman, The Children's Defense Fund (CDF) is a non-profit advocacy organization that works to ensure a level playing field for all children. CDF works with individuals, communities and policy makers to enact, fund and implement public policy and promote successful programs that lift children out of poverty, protect them from abuse and neglect, ensure access to health care and quality education, and provide a moral and spiritual foundation to help them succeed with the support of caring adults and communities. The Children's Defense Fund is supported by foundation and corporate grants and individual donations and does not take government funds. 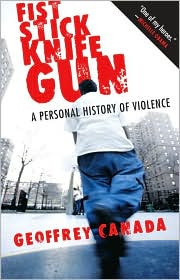