by Alecsander from San Diego 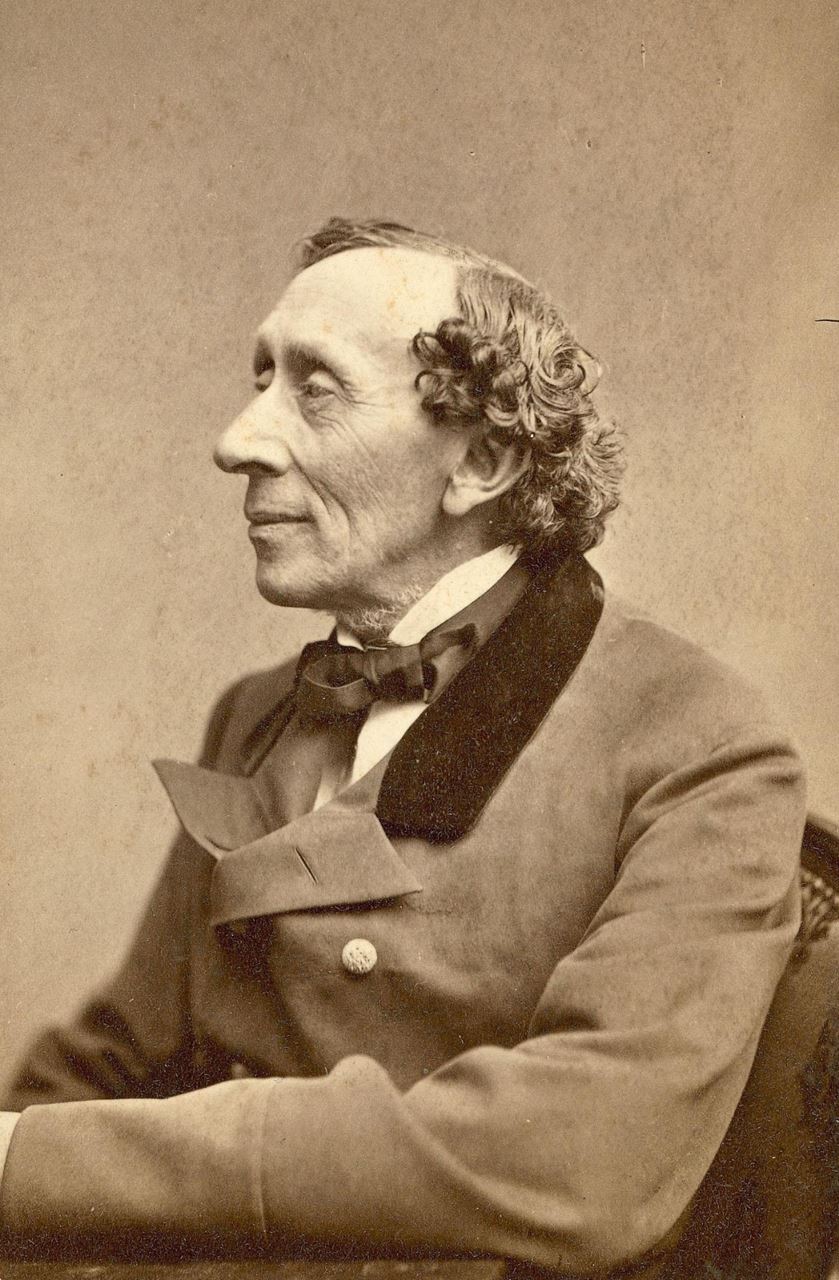 Hans Christian AndersenThora Hallager (1821–1884) / Public domainChances are that even if you don't know who Hans Christian Anderson was, you've heard one of his stories. Not only are his fairy tales incredibly widespread and popular, animation studios (Disney in particular) constantly use them because his stories are both timeless and royalty free. But just who was Hans Christian Anderson?  Hans was born in 1805 in Odense, a Danish town, to two poor parents. He lived his life making stories and writing novels, although he was most famous for his fairy tales. A champion of the common people and a beloved member of high society, he truly was a man who lived in two worlds. Through his writing, he is to this day a wonderful influence on the world. If a man is to be called a hero, he must have courage and positive influence alike. As a result of clearly displaying heroic behaviors all his life, Hans Christian Andersen should be considered a hero.

Hans Christian Andersen was considered a hero, especially to the common people, because of his immense bravery, whether it was used to write groundbreaking stories or simply to break away from his poor background. While well-educated, Hans appeared to have a rather bleak future, especially after the early death of his father in 1816. Undaunted by the difficulties someone of his socioeconomic status was bound to have, Anderson left his home to find himself a good fortune at an extraordinarily young age. "At 14, the young Andersen had the extraordinary courage and self-confidence to leave his town of Odense to set off by himself for Copenhagen to win his heart's desire--artistic success and the possibility of being able to express himself (speak for himself)" (Authors and Artists for Young Adults). Even as a poverty-stricken boy, Anderson was courageous enough to set out into the world on his own to follow his dreams. The great determination that drove him to leave his home was an inspiration not only to others, but also for his own stories. After his initial decision to leave, Anderson still had many struggles to overcome, the first of which was attempting to enter theatre. He never gave up his dreams, however, which eventually led to him writing his first book. The Hans Christian Anderson Center writes that "During Andersen's first years in Copenhagen (1819-22), he fought desperately to gain a foothold in the theatre as a ballet-dancer, actor or singer. Finally, when none of these attempts succeeded, he tried his hand as a playwright; this was also in vain, but resulted in the director's deciding to send him to school so that something proper might be made of him and this experience was thus as decisive for his later life and work as the Odense years" (Gale Biography in Context). Anderson was not only willing risk his livelihood, but he was also determined to work hard and struggle to achieve his dreams. Through his bravery to work through his struggles, many others would see him as a shining example to live by. His life truly was a transition from poor to rich, akin to one of his own fairy tales. His struggle, indeed, was what led to his eventual success in life.

Hans managed to fit many of his socially progressive views into his stories, especially fairy tales, and thus managed to have a great influence on youth and adults alike, even today. One of the achievements Hans was most famous for was his theatrical portrayal of the evils of slavery.  After beginning his writing career, Anderson wrote content condemning slavery at some point after he was published internationally. Although slavery had already been abolished in Denmark, his statements on the subject still showcased how he wished to influence others through theatre. Authors and Artists for Young Adults writes that, "The works Andersen produced during the 1840s and early 1850s are ranked among his finest writings. His play The Mulatto was published in 1840, as was the miscellany Billedbog uden billeder. The Mulatto proved to be Anderson's most successful play. Zipes recounted that "the drama concerns a young, sophisticated mulatto named Horatio who writes poetry and runs his own plantation in Martinique. He rescues Cecille, the ward of a white plantation owner named La Rebelliere, and La Rebelliere's wife. Both women are captivated by Horatio's noble nature, and their esteem for the mulatto infuriates La Rebelliere. So he contrives to have Horatio declared a slave and sold at auction" (Authors and Artists for Young Adults). By portraying a mulatto as a sophisticated, well-educated man, Hans ultimately conveys a message of equality. And by painting a racist plantation owner as a villain, Anderson helps the audience understand the struggles that people of African descent face, thus helping promote his staunch views against slavery. In creating his widely known works of art, he also knowingly promoted his ethical views. Anti-slavery views were not the only thing that Anderson promoted, however. He showcased his feminist views as well to the common and wealthy people alike through stories such as Thumbelina.  In "Living a Fairy Tale; The bicentennial of Hans Christian Andersen's birth brings a spate of new works revealing his darker side," the author writes that "Thumbelina sleeps in a walnut shell and has a rose petal for a blanket. She floats along on a lily pad. But beyond the charming detail, it's a proto-feminist take on a string of unhappy marriages (to a toad, a beetle and a mole). Shivering and unhappy, she is liberated by a singing bird who whisks her off to the warmer climes of Italy, where the sky is 'twice as high'" (Flynn). Through the harsh showcase of Thumbelina's misery, Anderson shows society the effects of unhappy marriages during a time where they happened far too often. And through haggard characters such as Thumbelina,  Anderson powerfully demonstrates the plight of so many suffering people (such as women or slaves). His powerful themes, combined with the simple structure, make for a meaningful storytelling experience for children and adults alike. This, ultimately, is what made him such an effective and meaningful author. It's because of the timeless themes so often shown in his stories that Hans' works has survived the test of time for over two hundred years.

Hans Christian Andersen's courage allowed him to be a groundbreaking and powerful voice for many different people at the time. Hans Christian Andersen is not simply a hero because of his positive influence through literature. He is heroic due to his anti-slavery influence through The Mulatto, his demonstration of the suffering of women through Thumbelina, and his harsh yet pragmatic lessons on love through The Little Mermaid. He is a hero and an inspiration primarily because of how he flourished in life despite the harsh circumstances of his birth and early years, from the death of his father to the alleged abuse of his mother, and his constant struggle to emerge as an artist. Hans Christian Anderson was a man who made stories that were fantastical, but often inspired by events in his own life (as shown in stories such as The Ugly Duckling). He was a man who rose from miserable means to great fame and fortune, much like the ugly duckling grew into an admirable swan.

Wolkstein, Diane. "The finest quality dirt: a look at the life and sensibilities of Hans Christian Andersen."School Library Journal Apr. 2005: 36+. Biography in Context. Web. 2 May 2016.