by Achintya from Victoria

On May 8, 1828, Henry Dunant , was born into a wealthy, religious, and well-regarded family in Geneva, Switzerland. During his life, he was forced to drop out of school. When he stopped his schooling, he earned an apprenticeship at a local bank, and the experiences he earned during his early career, would go on to shape a life of dedication and heroism.

After spending some time in the banking industry, Dunant continued his career with an unusual entrepreneurial scheme. To continue his successful career, he joined an Industrial and Financial company, and was named President of the corporation. Dunant needed a permit to continue his work at the Financial Company, deciding the best way to receive it was to  get it approved by the Emperor Napoleon III. When he reached the emperor's accommodations in Italy, he witnessed one of the most horrific battles of the 19th century.

When he arrived at the battlefield, he witnessed, first-hand, 40,000 brave soldiers lying unconscious or dead on the moist battlefield. Naturally, Dunant was shocked, and he felt emotionally rattled. Unlike many others who have witnessed such atrocities, he set out to change his career to change the world. Immediately, he expressed his feelings in one of his books called "A Memory of Solferino". After writing his first book, he started to group everyday men/woman to help, nurse and feed other wounded soldiers. To spread the efforts to relieve soldiers, he spread his initiative globally.

Feeling empowered by the fact that he could make a difference in peoples' lives, he encouraged global societies to develop their own relief groups. Henry began to pour his money and time, into this global effort. Dunant began to travel across Europe to encourage global governments to send representatives to attend a relief committee. During 1863, Dunant, and four of his friends founded the International Committee for Relief to the Wounded. The future International Committee of the Red Cross (ICRC). Soon after, a the three-day long conference for global relief took place with 36 various representatives from various governments. At that meeting, the committee set up a base plan to continue their revolutionary endeavours. The group still had its greatest days ahead.

On August 22, 1864, one of the greatest agreements was signed; twelve nations signed the "modern-day" Geneva Convention. The Geneva Convention stated that medical personnel had neutrality, and the medical officers would receive all supplies needed to save the wounded. Three more branches of the Geneva Convention,  which involved the safety of shipwrecked and captured soldiers, were also written in future years. These treaties which saved thousands of lives, were all written because of the vision of Henry Dunant.

After selflessly saving lives all around the world, Henry's life took a turn for the worse. In 1875, Dunant's financial situation turned upside-down, he had been declared bankrupt by the authorities. Furthermore, the scandal had kindled a scandalous story, and he was advised to resign from the International Committee. He was also ostracized from the International Committee completely. Dunant lived twenty years in seclusion on the streets. In 1895, Dunant was rediscovered by a man named Georg Baumberger. When the world found Henry, he was bombarded with awards and prizes. In 1901, he was awarded the Nobel Peace Prize.

On October 30, 1910 Henry Dunant died in a small town above Lake Constance, called Heiden, Switzerland. According to his personal wishes, Henry was buried with no company, and the world in his debt. Henry Dunant is my personal hero, because he selflessly dedicated his life towards a personal cause; which many people may not have believed in. In times of distress, when he was forced to live on the streets, he overcame his troubles, and he never let anything bring him down. Dunant saved hundreds, if not thousands of lives. When Dunant faced adversity, the world ignored him and let him fight for himself. When Dunant was left on the streets, we start to realize the true selfishness of humanity, because nobody chose to help him. Dunant was one of the few people who stood up for the well being of others, selflessly, and that's why, he is my hero.

Extra Information on the Red Cross:

Extra Information upon The Geneva Conventions: 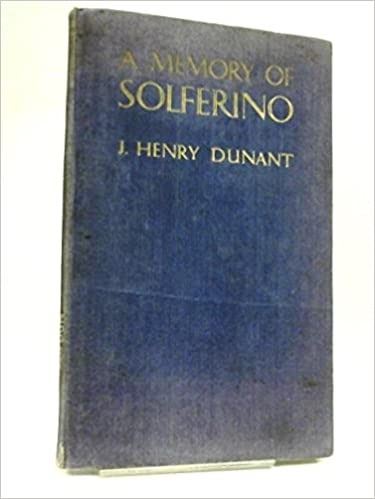