by Tammy Chen from San Diego 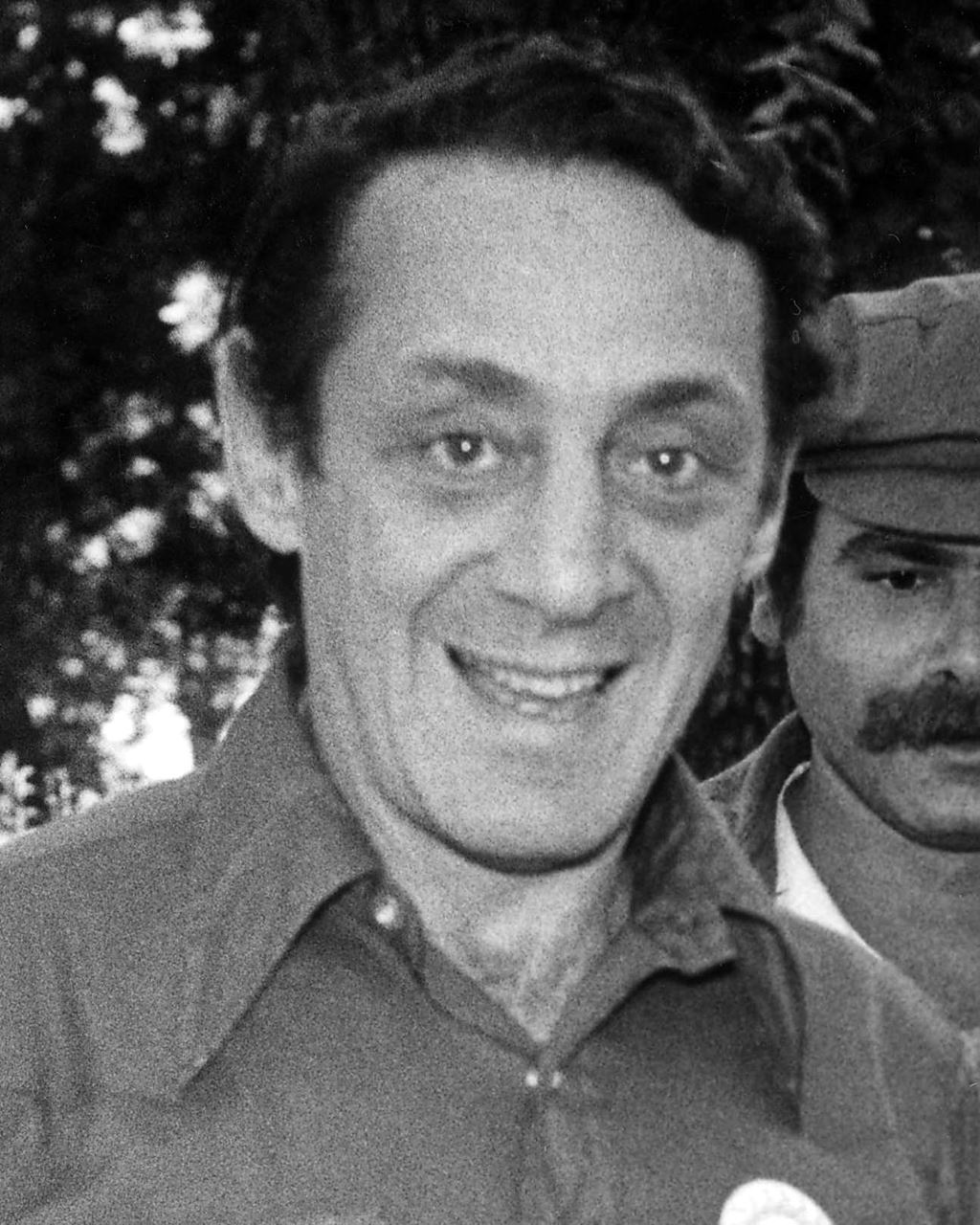 Harvey MilkTed Sahl, Kat Fitzgerald, Patrick Phonsakwa, Lawrence McCrorey, Darryl Pelletier via Wikimedia CC BY-SA 4.0) [Public domain]Modern heroes are often portrayed as handsome men who leap tall buildings in a single bound, who have superpowers, who always win. Reality’s hero is not always the same. One such hero was Harvey Milk, a San Francisco politician who fought for homosexual rights. Though born on May 22nd, 1930, in New York City, Milk spent a good majority of his adult life in San Francisco. In 1973, he first entered politics, running for a seat on the city’s Board of Supervisors. He ultimately lost, but he became greatly popular in San Francisco’s largest gay district, Castro Street, later earning the nickname the “Mayor of Castro Street.” When he finally won a seat in 1977, Milk helped open the door for homosexuals across the country, giving hope of a better future for gays and lesbians. However, his political career was short-lived, as he was assassinated in 1978 by Dan White, a former colleague. Even though Milk was not society’s ideal image of a hero, he fulfills the requirements that reality’s heroes display. Heroes are men and women of tremendous courage. They are people who persist and never give up. But most importantly, heroes are people who give others hope when they have none. Because Harvey Milk possesses all of these qualities, he is a hero.

Heroes, both fiction and nonfiction, are commonly people of valor. Throughout his political career, Milk displayed his own courage in many difficult ordeals. For example, during Harvey Milk’s time, being homosexual meant a life of discrimination and hate. Gays feared being themselves because of the hardship and turmoil that would come with it. However, Milk did not think the same way. “Realizing one is gay is usually cause for terror, or at least mortification, but Milk felt too great a sense of entitlement to let either emotion prevail” (Cloud). In such trying circumstances in which people routinely displayed their loathing toward gays, Milk did not succumb to his emotions, no matter how powerful. Though he also feared the hate that straight people had for him and other homosexuals, his goals and relentless determination gave him the courage to overcome that terror. Another illustration of Milk’s bravery also occurred while he was campaigning for a seat in government. “Not everyone cheered, of course, and death threats multiplied. Milk spoke often of his ineluctable assassination, even recording a will naming acceptable successors to his seat and containing the famous line: ‘If a bullet should enter my brain, let that bullet destroy every closet door’” (Cloud). In the case of many people, death frightens them, allowing it to shape and effect the course of their lives. However, in Harvey Milk’s case, fear of death was secondary to the goals he had in mind. In fact, Milk even considered his death a good thing if it helped others come “out of the closet.” His ambition provided him the courage to face and overcome even the most intimidating terrors. Milk’s immense courage is just one of the traits that define him as a hero.

In addition to being courageous, a hero is a also beacon of light to those they inspire, giving them hope of a greater reality. Even though gays and lesbians all lived in never-ending fear of the straight population, Milk gave them all hope for a better, more peaceful tomorrow. For instance, with enormous influence and effort by his part, Milk helped defeat Proposition 6. “On top of that, Milk gained national attention for his role in defeating a state senate proposal that would have prohibited gays and lesbians from teaching in public schools in California” (Unknown). Proposition 6 was a bill that demanded the immediate dismissal of all homosexual teachers in California. Milk, by defeating the bill, was able to show to all gays and lesbians, “closeted” or not, that if they band together, they could overcome any challenges the world could throw at them no matter what hate and prejudice others had for them. In addition, while Milk was in office, he succeeded in passing a bill that prohibited any discrimination against homosexuals in the city of San Francisco. “As city supervisor, Milk was the driving force behind the passage of a gay-rights ordinance that prohibited discrimination in housing and employment based on sexual orientation” (Bourgoin). By passing the bill, Milk was able to wash away some of the fear that gays and lesbians had of the hate that straight people imposed upon them. That hate was what restricted the lives of homosexuals most, out of everything. By easing that, Milk showed that a world with gays, lesbians, and straight people living together peacefully was indeed attainable. The hope that Milk gave to others who had none is one of many characteristics that he, as a hero, had.

Harvey Milk will forever remain an inspiration to everyone across the generations for his relentless determination and the hope he inspired in the hearts of all people. The chief example of his persistence is that though he was denied a seat in office several times, Milk never gave up hope and still continued to run, ultimately succeeding in attaining a seat in office. He inspired hope for people by campaigning tirelessly for civil rights, specifically for homosexuals. By passing numerous bills and laws that gave rights to homosexuals, Milk gave them opportunities that they otherwise would never had. Harvey Milk was not a particularly extraordinary man, by any means, but with the winning combination of determination and bravery, he was able to inspire hope in many hopeless people, solidifying his status as a hero that will be forever remembered.