by Tara from Connecticut

A common definition for a hero is someone who another person can look up to. Although I do agree with this statement, my definition for hero is a bit more elaborate. A hero, in my opinion, is not only someone that anyone can look up to, it is someone who can change the way a person views things or change their opinion on a subject. To me, a hero is a person who strives to make their voice heard, and will do anything in their power to make sure it is. I believe that Harriet Beecher Stowe is an excellent example of a hero. As an accomplished writer from Litchfield, Connecticut, Harriet Beecher Stowe wrote numerous novels. The most commonly known is Uncle Tom’s Cabin.

Harriet Beecher Stowe was born in Litchfield, Connecticut on June 4th, 1811. When she was twenty-one, she moved to Cincinnati, Ohio, where her first book, The Mayflower, was published. In 1850, she moved again, this time to Maine, where she wrote Uncle Tom’s Cabin. Throughout her entire lifetime, Harriet Beecher Stowe was trying to help the slaves accomplish freedom and abolish slavery. Many of the scenes in the book are based upon real events that Harriet experienced while living in Cincinnati. Uncle Tom’s Cabin was a crucial part of the Civil War. This book helped to open the eyes of those who believed that African Americans were inferior to them. Harriet Beecher Stowe had hoped to show how horribly slaves were treated and stop the owners from continuing their harsh acts.

I, myself, am an aspiring writer, and Harriet Beecher Stowe truly inspires me. During the time period in which she lived, writing something so opinionated and against slavery was downright dangerous. Throw in the fact that she was a white woman, and you’re really skating on thin ice. There are very few authors in the world with a story quite as unique as Harriet Beecher Stowe’s. She is said to have started the Civil War! Her stories are not only incredible, but they are also inspiring. Just knowing that she wrote something so meaningful gets me thinking. Perhaps I could write something that would cause those around me to take a good look at what’s going on in the world around them.

In my opinion, I believe that writing is one of the best ways to make your voice heard. Harriet Beecher Stowe had her own opinions on the war, and she didn’t keep them to herself. Whether or not she believed that her book would be as successful as it was, she still wanted everyone to know what she thought about slavery. As previously stated, she was a white woman. In the time period in which she lived, getting anything published was extremely difficult for a woman. Even though this was the case, this didn’t stop Stowe. The first publication of Uncle Tom’s Cabin appeared over a forty-week time span in National Era, an abolitionist newspaper. Due to the fact that the story became so popular, it was published into a book on March 20th, 1852. The novel quickly sold out all copies that were printed.

Harriet Beecher Stowe was a prime example of hard work and dedication paying off. Everyone has dreams, but if we sit around and do nothing, they won’t come true. Stowe pushed to get Uncle Tom’s Cabin published, regardless of what anyone else thought. Stowe showed that she had truly worked hard and cared about her work when it was banned in the South. Anyone in possession of the novel could be arrested. Southerners began to write books that mocked Stowe’s novel. In response to this, Harriet gathered all the information she had and wrote "A Key to Uncle Tom’s Cabin" to prove that she researched her topic. Though it wasn’t as widely read as Uncle Tom’s Cabin, it still showed that Harriet Beecher Stowe cared about her work enough to stand up for it. 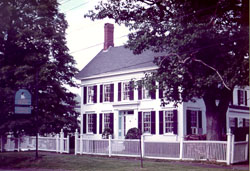 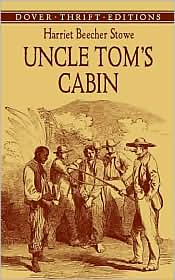