by Jennifer Beck from Los Angeles, California in United States 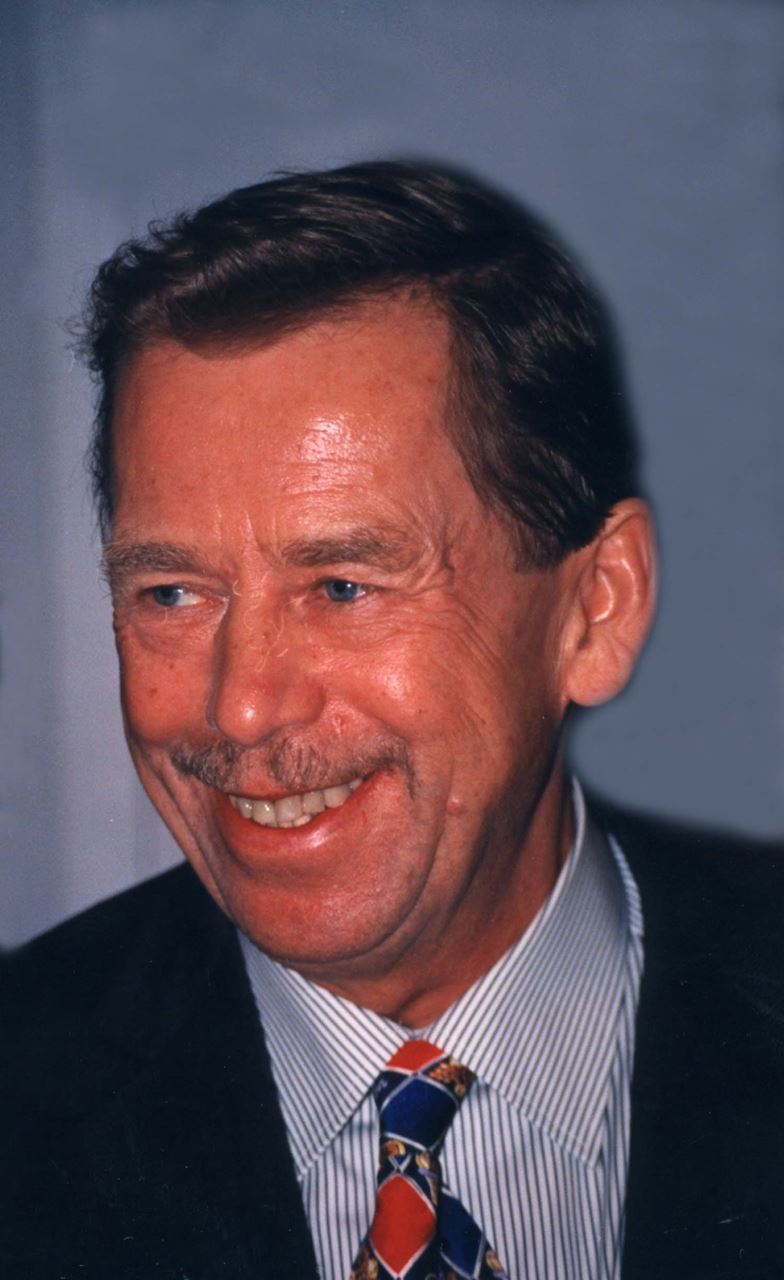 Vaclav HavelWikimedia (https://creativecommons.org/licenses/by-sa/2.0)]
Vaclav Havel was born into a wealthy, intellectual Czechoslovakian family on October 5, 1936. When a Moscow-backed coup seized power in 1948, the Havel family was declared a “class enemy” and their property confiscated. Havel was also denied access to higher education. He got a job working days as a lab technician and took night classes to get his high school degree. His applications to liberal arts colleges were denied for political reasons, so Havel studied economics at the Czechoslovakian University of Technology instead.

After graduating in 1957, Havel served two years in the army. During that time, he became interested in drama and even started a regimental theater company.

When his service was over, Havel got a job as a stagehand at Prague’s ABC Theater. He soon published an article defending the politically charged plays shown by another Prague playhouse, the Theater on the Balustrade. The director of that theater asked Havel to work with the group. Havel agreed and the theater staged several of his plays including The Garden Party (1963), The Memorandum (1965), and The Increased Difficulty of Concentration (1968). Havel’s plays were reflections on Czechoslovakian society and were often critical of the Communist government.

In 1964, Havel married Olga Splichalova, whom he had met in 1956. The couple shared a passion for the theater (Olga also worked at the Theater on the Balustrade) and a desire for a freer Czechoslovakia. Havel would later refer to Olga as his “indispensable source of support.”

The period from 1962 to 1968 (known as The Prague Spring) was a politically tolerant one in Czechoslovakia. Artists could express themselves with relative freedom and Havel’s plays were performed openly. All of that changed in 1968 when Soviet tanks rolled into Prague and crushed the budding reform movement. The invasion sparked Havel to take up his pen in defense of human rights.

Supporting himself by working in a brewery, the only job the government would allow him, Havel began publishing many articles critical of the Soviet invasion and its repressive regime. As a result, his writings were banned and his plays could no longer be performed. He was offered several opportunities to leave Czechoslovakia but declined, saying, “The solution of this human situation does not lie in leaving it.”

In 1977, Havel and other artists and dissidents produced a manifesto known as Charter 77. In it the authors demanded that the Czechoslovakian government respect the basic human rights of its people. But before it could be distributed, Havel and his cohorts were arrested. Undaunted, Havel wrote “The Power of the Powerless” in 1978. It is perhaps his most famous and influential essay. In it he encourages everyday citizens to stand together against totalitarian regimes by refusing, en masse, to obey them. The essay inflamed the Soviet regime and Havel was again arrested. In 1979, Havel cofounded The Committee for the Defense of the Unjustly Persecuted and was, once again, arrested. All told, Havel spent nearly five years in prison during the years from 1977 to 1989.In 1975, Havel wrote a letter to then Czechoslovakian president Dr. Gustav Husak in which he stated, “…you and your government have chosen the easy way out for yourselves and the most dangerous road for society.” Havel was arrested and jailed for the article, but illegal copies made their way around Central Europe, igniting fledgling dissident movements.

Picture of President Václav Havel with words "Havel forever" located on National Museum building at Wenceslas Square in PragueDavid Sedlecký [CC BY-SA 4.0 (https://creativecommons.org/licenses/by-sa/4.0)]But the united Czechoslovakia did not last long. Old ethnic divisions emerged and in 1992, the nation split into Slovakia and the Czech Republic. Havel resigned to show his disapproval, but it had no effect. In 1993, he was returned to office, this time as president of the Czech Republic.In 1989, the tide at long last turned against Czechoslovakia’s Soviet government. The Civic Forum, a group that Havel had helped found, had gained the support of millions of Czechs. Their peaceful protests were too massive to be denied. The Soviet-backed regime stepped down, and on December 29, Vaclav Havel was elected interim president. In 1990, he was re-elected, presiding over a new Czechoslovakian parliament.

In 1996, Havel received two devastating blows. First, his wife and “indispensable source of support” Olga died of cancer. Then Havel discovered he had cancer himself. He nearly died after a surgery to remove two small tumors and half of his right lung. His health has never been the same and Havel has had two more close calls with death.

At a gathering shortly before Havel’s term ended on February 2nd, 2003, French president Jacques Chirac described the poet and politician as, “The light of the writer and the dramatist who, by the power of the pen, armed solely with courage and his faith in mankind and truth, has nurtured the hopes of the oppressed who were denied democracy.”Still, his health problems have not slowed Havel down. In 1998, he was elected to a second five-year term as president. In his role, he met with nearly all European heads of state as well as presidents of the United States. His efforts have given the Czech Republic a presence in the international arena. Domestically, Havel has focused on initiating democratic change in government and society.

In retirement Havel continues to be an active participant in Czech politics and is working on his “personal testament.”