To a family living in poverty, a goat, a cow or even a camel can make a huge impact on their lives. The Heifer Organization is doing just that--impacting the lives of needy people all over the world with the gift of an animal, and better than merely feeding them, Heifer is teaching them how to feed themselves.

A typical Heifer project consists of three parts. Heifer provides needy families and individuals within a community with livestock and other materials goods, gives them training and extension work, and trains them in organizational development, so that their gift can become a long-term source of nutrition as well as income.

The Heifer organization has been fighting against hunger and poverty for nearly 60 years. Their work is guided by 12 principles which they call the "Cornerstones for Just and Sustainable Development." They form the acronym, "Passing on the Gifts," which is a key facet of Heifer's unique approach.

"Passing on the Gift" repays the Heifer "living loan" by allowing those who have received animals to become donors, themselves. By passing on one or more of their animals' offspring to others in their communities, the spirit of giving continues. This approach also makes Heifer a sustainable project, which keeps giving generation after generation.

"Accountability" lets community members decide which kind of animal or aid they would like to receive, and lets them set out goals for themselves. Heifer strives for families to achieve "Sustainability and Self-Reliance," so families must plan to support themselves after Heifer has left. The principle of "Genuine Need and Justice" assures that those most in need receive priority for receiving animals and assistance.

All chosen participants receive training in caring for their animals, in making them a source of nutrition and income, and in eco-friendly farming.

Earth-friendly farming is very important to Heifer, and almost 3,000 families worldwide have benefited from its "Agroecology" Initiative. Created in 2000, Heifer saw the need to focus more on environmental protection as part of their work. They learned that impoverished people often make short-term choices based solely on their desperate need for food, so Heifer is working on ways to satisfy immediate food needs and at the same time, creating an earth-friendly farming environment. By helping restore the land to its original fertility and replenishing the earth's resources through the smart use of plants and animals, Heifer is creating long-term solutions.

Another key factor which makes the Heifer project so unique is their emphasis on "Gender & Family Focus", which encourages women and men to share in decision making as well as in the benefits the animals and training bring. For many societies which are highly male-dominated, and in which women have little rights, this is a great gift, in itself.

Heifer touches the lives of young and old around the world, from Africa to Asia, Central and Eastern Europe to Latin America, and even in North America, proving that world hunger doesn't just exist in Third World countries. Heifer has also taken on a series of global initiatives, working with causes they feel are crucial to meeting their mission of ending hunger and poverty and caring for the earth. They work with AIDS awareness and prevention, disaster relief, gender equity, micro-enterprise, and the minimizing violence.

Heifer has received world recognition for their work, being named as one of 2004's 10 "Gold Star Charities" by Forbes magazine in its annual list of organizations that achieve the highest impact from donors' gifts.

Those interested in supporting Heifer's work can do so through financial donations, or by shopping from an actual catalog of animals to purchase for the needy. They can also become volunteers in their communities or in Heifer learning centers.

Heifer: - visit for more information or to donate to this special project.
Heifer Success Stories... - read about recipients, and how Heifer has helped changed their lives, and their communities. 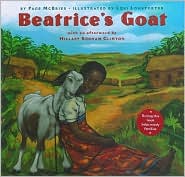