by Tamara Lennon from Lismore

How do I thank a man who has saved so many lives?

I shall do my best to honour this man, who I am sure has helped you at least once throughout your life. 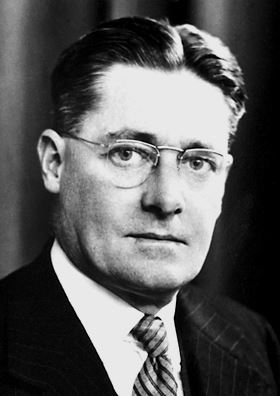 Howard FloreyNobel Foundation [Public domain]Howard Florey was born on the 24th September 1898. He studied medicine at the University of Adelaide followed by Oxford University in Britain. Florey gathered a team of scientists in the 1930s, when working as a team was not common. He realised that science had reached a point where a team of specialists was needed, the job was too big for one person.

In 1940, the team performed one of the most important medical experiments in history. They tested penicillin, the substance they had created, for the first time. This experiment was successful. They then had to test penicillin on humans. In 1941, their first patient had had one of his eyes removed after a rose thorn had scratched him; he was given penicillin and within a day he was starting to recover. But Florey didn’t have enough of the drug and unfortunately the patient died.

Determined to help people, Florey travelled to South Africa to use penicillin on wounded soldiers fighting in the war. His work was seen as a miracle. He saved millions of lives and influenced the outcome of World War II. His role as the leader of the team of scientists that discovered and developed penicillin won him the Nobel Prize in 1945 for his influence on the outcome of World War II. He received many other awards as well, all of which he accepted humbly.

Howard Florey was humble, determined and selfless. Even though he had many setbacks, including the loss of his first patient and possibly the many lives he could not save during the war, he continued to try to help the world. It must not have been easy dealing with these setbacks, which shows real courage and determination. He kept going on, trying, failing but trying again. To me this determination is key to being who you want to be and doing what you want to do.

Howard Florey was a very modest man. He took pride in what he did but not once did his achievements go to his head. When describing his achievements he said, ”They were a terrible amount of luck that involved many others. All we did was do some experiment and have luck to hit on a substance with astonishing properties.”

Nobelprize.org - Read more about Howard Florey who received the Nobel Prize in Medicine in 1945.
PBS - People and Discoveries: A Science Odyssey