by Katie from Marathon 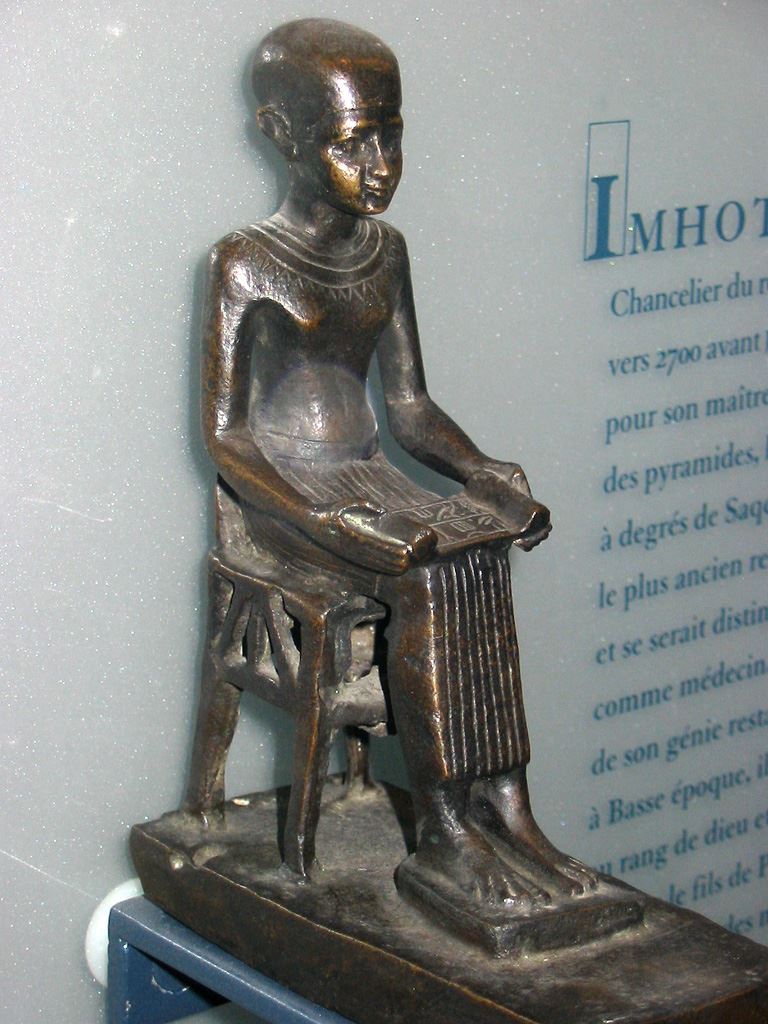 ImhotepLouvre Museum [CC BY-SA 3.0 (http://creativecommons.org/licenses/by-sa/3.0/)]Imhotep was born the 16th of Epiphi (the 31 of May), 3000 b.c. He was married to Ronfrenfert. Both his parents were important during their lifetime. His mother, Khreduonkh, was even deified alongside him. His father, Kanofer, was an architect, and said to be his biggest influence. Although Imhotep was important when he had got older, he was born a commoner, which is surprising considered how high he rose in power. He is considered a Renaissance man because his achievements had pushed the limits in almost every aspect of the definition. His achievements were in architecture, medical, vizier, scribe, high priest, sage, poet, astrologer, and carpenter, and after his death he was described as a god in three different cultures: Egyptian, Greek, and Roman.

Imhotep's main achievements were his architecture and medical discoveries. He was thought to be the person who created the first flat-sided pyramid, and made the pyramid of Khufu. The design for the pyramid was quite large for his time.The pyramid covered 13 acres, was 481ft tall, and had over 2 million stone blocks that each weighed 2.5 tons (Lesko). He was a radical thinker. He used regular stone instead of traditional mud bricks.

His other accomplishments were impressive, but not as well known. His work as a scribe was highly valued, for it showed his knowledge, which he wrote down in books such as Instruction. He was respected as a high priest, beloved as a vizier, and a well known as an artist. His medical discoveries were brilliant. He is today considered the first recorded physician. He discovered over 200 diseases, injuries, and cures. He wrote a book of instructions. It described 90 anatomical terms, 48 injuries, how to treat tuberculosis, appendicitis, and his knowledge of surgical skills (Rise of Civilization). This made him widely well respected.

He completely changed the way the world was seen. He gave balance to science and religion when religion was the main cure for anything. He helped science to be introduced in a way that was acceptable for his time. He was said to be able to provide "remedies for all diseases" and give "sons to the childless." It opened a door to a whole new kind of knowledge. He had started a road to modern day ideas.

Even after his death, in 2950 in Memphis, Egypt, his influence was lasting, and it lasted until the seventh century A.D., but before his influence fell, first the Egyptians made him a god, then the Greeks, and lastly he was honored by the Romans. His mother was also said to be connected to Sekhmet and him the son of Ptah. 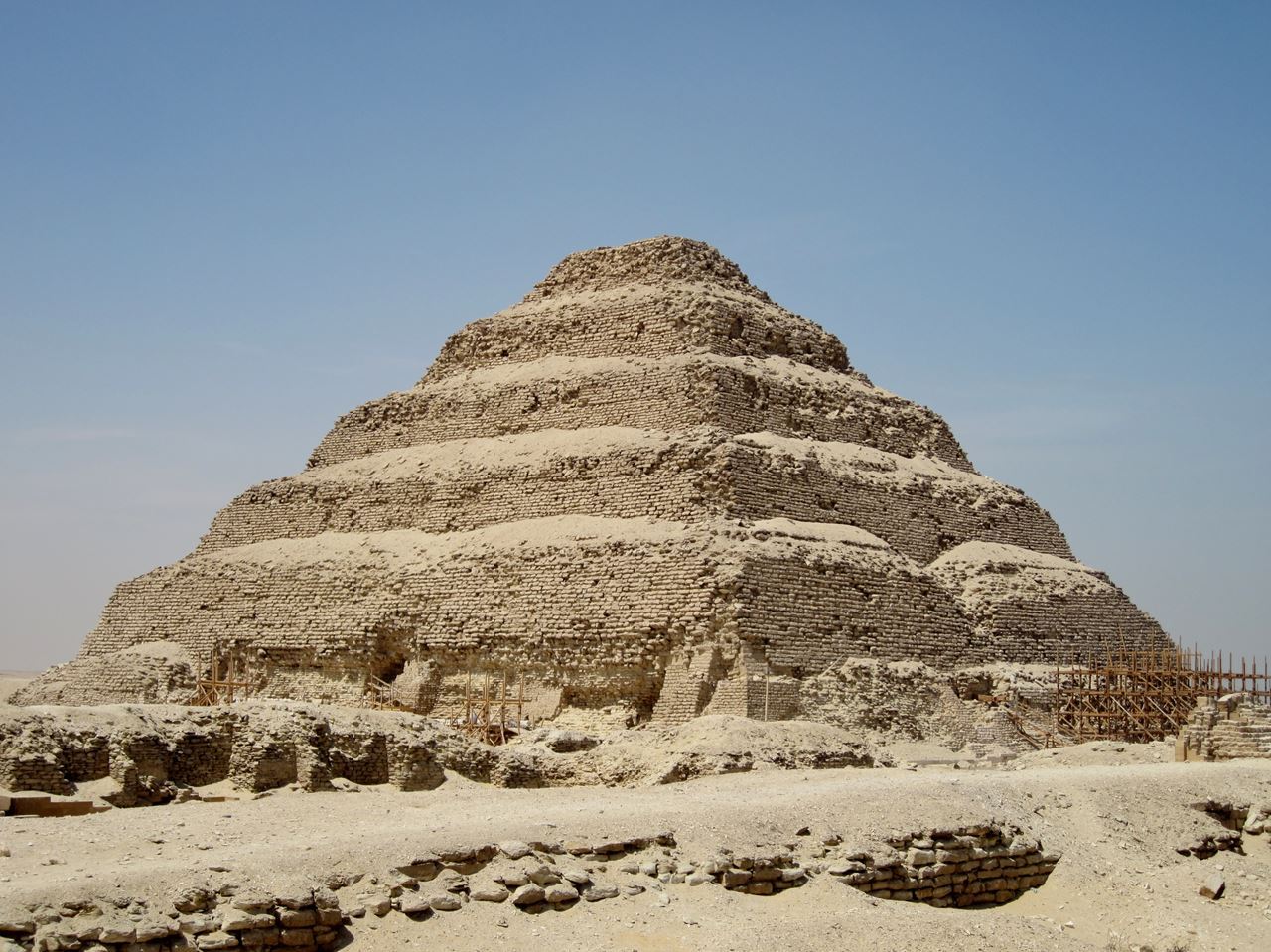 Pyramid of DjoserOlaf Tausch [CC BY 3.0 (https://creativecommons.org/licenses/by/3.0)]Imhotep is the first Renaissance man ever recorded, and he has earned that title. His accomplishments are still known today. His statues are studied throughout the world. A statue of him stands in The Hall of Immortals in Chicago at the International College of Surgeons. Though he lived so long ago, he has affected what we know today. He changed people's lives. Imhotep is a true Renaissance man.