by Wyatt from Fredericksburg

"Through all the gloom, I can see the rays of ravishing light and glory." 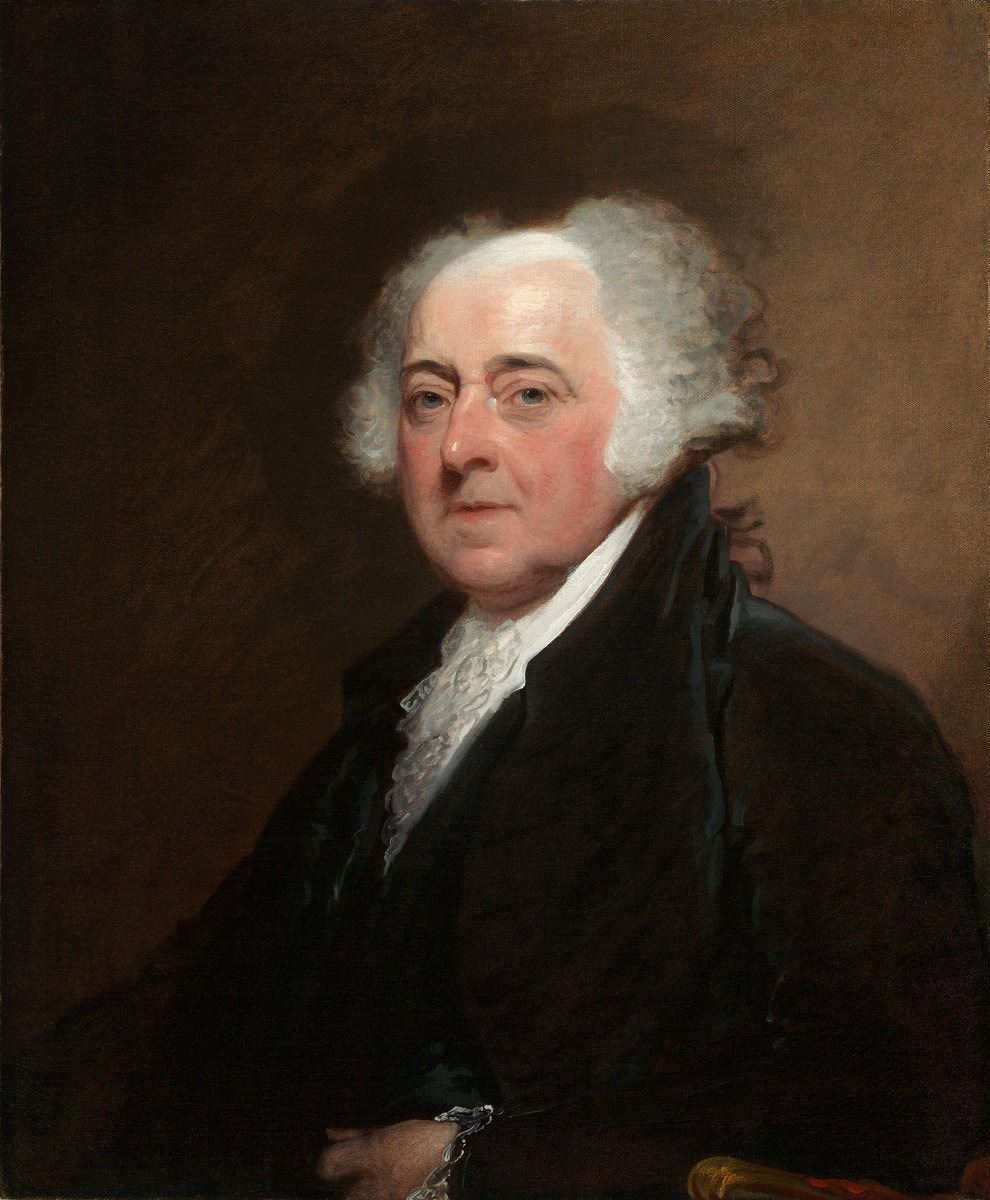 John AdamsGilbert Stuart / Public domainOne of my greatest heroes is John Adams: founding father, diplomat, and second president of the United States. One of the most important patriots of the American Revolution, Adams, a short, stout, and grumpy man, was nicknamed the "atlas of independence" by his contemporaries for his exhaustive efforts to win freedom from Great Britain. As a negotiator of the 1783 Treaty of Paris, and America's first minister to Great Britain, Adams was instrumental in not only causing Britain to recognize the freedom of her former colonies, but also in re-establishing the ties of brotherhood between Britain and the United States. As the second president, Adams had to set precedents for situations that Washington never had to face, gracefully accepting his political ruination for the preservation of the democratic system. His ambition for American greatness caused it to become the superpower he always knew it would be. In a way, Adams contributed more to the United States, in more diverse ways, than any other man in history...

Unlike many of his contemporaries, Adams came from simple roots. His father was a farmer and deacon in a small Massachusetts village. Blessed with a great ambition and even greater mind, Adams gained admittance to Harvard and was running a successful law practice when the American Revolution began. As the discontent rose, Adams became a leading voice in protests against the tyranny of the crown. Originally the moderating factor of the early Revolution, Adams, unlike many of the other early founders, was a firm believer in law over mob rule. He was willing to defend these beliefs even at the price of his popularity, as he demonstrated by defending the British soldiers accused of murder during the Boston "Massacre," which was, in reality, the violent result of an unruly mob attacking the accused soldiers. For me, Adams's defense of his principles and his willingness to extend those principles to his enemy prove that he was a very brave and generous man, an important quality in any hero.

Adams could also be a driving force, as he would prove throughout the Revolution. It was Adams, as a delegate to the Continental Congress, who convinced the other founders of the necessity of forming a Continental Army to fight the British, and suggested George Washington as the Commander-in-Chief. Adams was at the forefront of the debate for American independence, impressing the other delegates with his fine oratory and sensible arguments. Appointed to the committee charged with drafting the Declaration of Independence, Adams selected Thomas Jefferson as its author, despite Jefferson's protests that Adams was more worthy. As head of the Congressional War Committee, Adams was in charge of running the Continental Army. In a sense, he was Washington's superior.

Once the war was over, it was Adams who began building America's reputation overseas, starting with his part in negotiating the Treaty of Paris, the official peace treaty with Great Britain. He secured loans from the Dutch to begin rebuilding the American economy, and was then sent to Britain as the first American ambassador the Court of St. James. Faced with the overwhelming task of securing ties with the parent country after a terrible war, Adams used all his skills to begin securing peace and alliance between America and the British Empire. Though war did eventually break out, Adams ensured that it was delayed long enough for America to build up its military and tighten its defenses. In a way, Adams also influenced the final peace agreement at the end of the War of 1812 by giving his son, John Quincy Adams, the necessary diplomatic education to negotiate an end to that conflict. 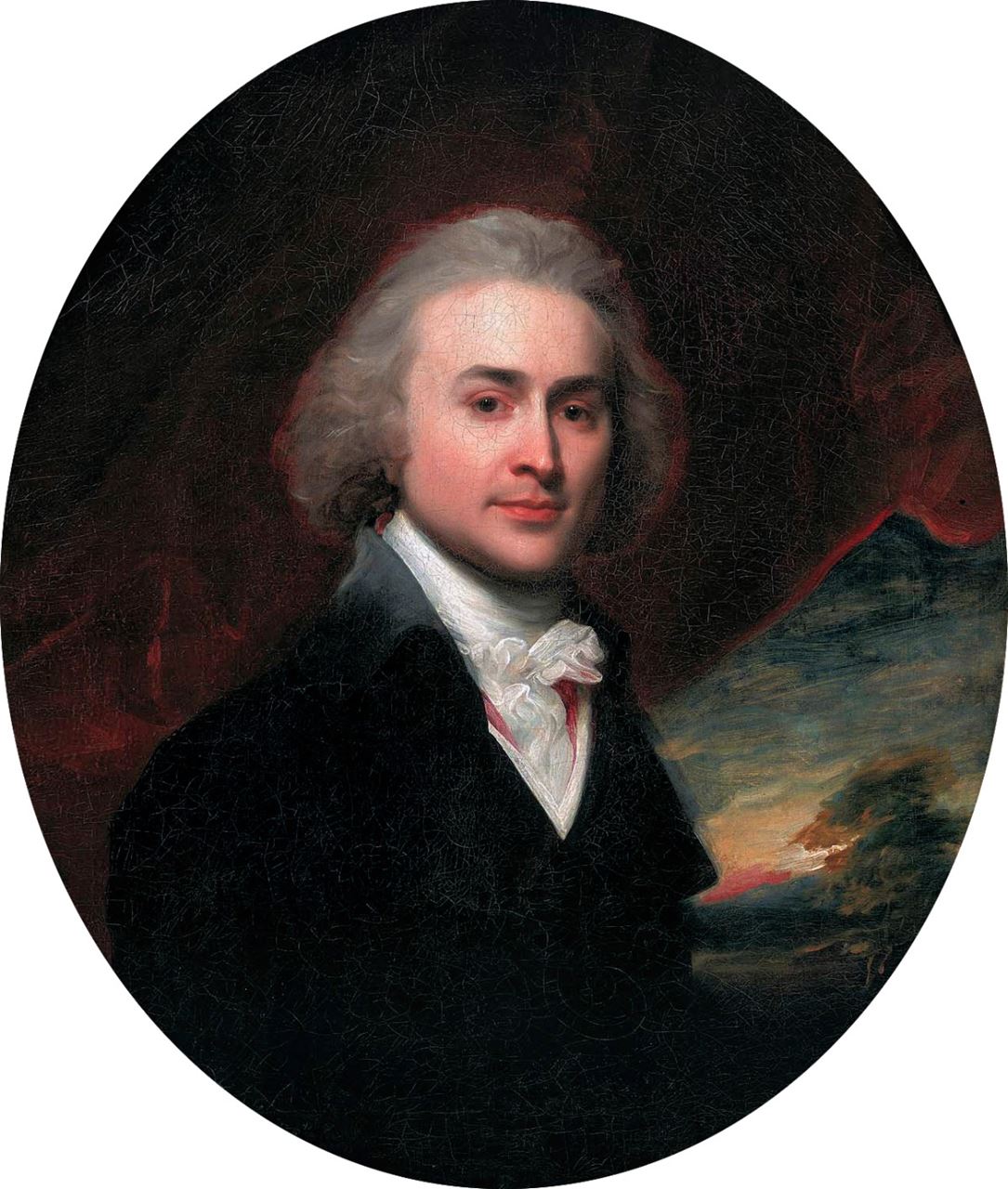 John Quincy AdamsJohn Singleton Copley / Public domainAdams was vital to the creation of the American government. While in Europe, he had an excellent opportunity to study the governments and philosophies of the great powers. He brought his knowledge back to America, and worked to organize the strong government that persists today. As the first vice-president, Adams would rule on more deadlocked Senate votes than any other vice-president in history. As president, Adams faced one of the greatest challenges of any of our nation's leaders. He became the first man to follow in Washington's footsteps as president of the United States. It had often been said at the time that only Washington's leadership could unite America together, and that without him, it would fracture. Adams was faced with the daunting task of proving that America could continue without Washington, and thanks to his leadership, America remained intact.

Washington is considered a great man for stepping down as president after two terms, but Adams established an even more important precedent. When Adams was elected out of office in 1800, he could have turned tyrant, gathering his supporters in an attempt to hold on to his power. Instead, he accepted the will of the people and returned to private life in one of the first examples of a peaceful and democratic change of leadership in world history. It was Adams, not Washington, who established the right of the people to change their government should they so desire, ensuring the spread of peace and democracy throughout the World.

While Adams had many faults, I believe he was one of the most important and admirable people in American history. He brought about independence, established our reputation as an independent nation, and helped create and preserve our government. His role was largely forgotten later on, overshadowed by Washington, Jefferson, and Franklin. But Adams always knew this would be and worked in spite of it. He was once quoted commenting on American history. "The essence of the whole will be that Dr. Franklin's electrical rod smote the earth and out sprang George Washington. That Franklin electrified him with his rod-and thenceforward these two conducted all the policy, negotiations, legislatures, and war." But in reality, it was Adams, not Franklin and Washington, who actually conducted "policy, negotiations, legislatures, and war." When I think of how hard Adams worked to create America, and all of the sacrifices he was forced to endure in the process, it not only makes me proud to be an American, but also anxious. I want to ensure that his noble work was not in vain, and that America will continue for centuries to come.

The Adams Memorial Foundation - Observe and support the progress of the proposed memorial to John Adams and his family in the Nation's Capital.