by Amber from Spokane 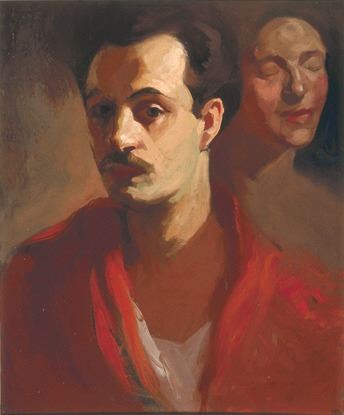 Kahlil Gibran self portraitKahlil Gibran [Public domain]Many years ago, on a bookshelf in the den where my father’s chair resided, sat a bookcase filled with all kinds of different books. My father, who was always reading, had a very eclectic taste in books as could be witnessed from reading the titles on his bookshelf. He taught me to love books and to read passionately. And, although I could start a page about my father being my hero, I will start with the interest he sparked in my reading this man's books who was named Kahlil Gibran.

I first discovered Kahlil Gibran in high school. My father had about seven or eight books of his on the shelf. I first read The Prophet and then read all the rest on the shelf. I was hooked. When I left for college, my father gave me a small pocket size leather bound copy of The Prophet, which had sat by my father’s chair for as long as I could remember.

Kahlil Gibran was born in Lebanon in 1883. He lived with his mother and three siblings. His father was an irresponsible family leader, who brought poverty upon his wife and children. Due to his family’s poverty, Gibran could not afford to go to school. However, visits with a local priest soon yielded him teachings enough to learn to read and write, as the priest discovered Gibran’s talent as an artist and as a thoughtful child.

In 1895, after Gibran’s father was arrested on tax evasion and the family was left homeless, Gibran’s mother took the children to the U.S. to lead a new life. The family settled in Boston and Gibran began his education. His teachers noticed his artistic talents and pointed him toward the artists in the community. Gibran found friends in the community who helped encourage him and developed his talents, even helping him find ways to publish his artwork.

He went back to Lebanon to study Arabic, but returned home later in 1902. Within just a few months, his sister, Sultana, died, his mother died, and his brother, Peter, died. He was left with his sister, Marianna.

Gibran sold the family business and spent his time trying to develop his Arabic and English writing skills. He met Mary Haskell who ended up being a close friend and the person who helped him pursue his writing by funding his works and editing for him. Along with writing, Gibran also went abroad to France to study art.

Over the years, Gibran became well known for his writing in magazines, books he published, and for his art. Probably his most important work, The Prophet, is also his most influential. He said of this book, “The whole Prophet is saying one thing: ‘you are far far greater than you know—and all is well.’”

Kahlil Gibran is an important influence in my life, a hero to me, because he taught me to look at life with an open-mind and an open-heart. The Prophet changed my life in that it helped me realize there are many things beyond me and, at the same time, that I am an important person. I think Gibran really embodies the character pillar of caring as he expresses the importance of kindness, compassion for others, expression of gratitude, and helping others in need. I think Kahlil Gibran has helped many people come to the realization of remembering the importance of those around us and in bringing us to believe in our own self-worth.

Gibran Kahlil Gibran was a very influential author of the early 20th century. His most famous work, The Prophet, is still an important piece of text in the literary world.