by The My Hero Project

When not revolutionizing what we know about the physical world, Dr. Leon Max Lederman devoted much of his prodigious energy and brilliance to improving the state of scientific education in America.

Born in New York City, Dr. Lederman attended public schools and the City College of New York. After receiving his master's degree and doctorate from Columbia University, he stayed on as a professor there, and eventually led the Nevis Laboratories, their center for experimental research in high-energy physics. In 1956, he discovered a new particle; in 1962, with the research that would eventually garner his team a Nobel Prize in Physics, he identified two different types of the particles called neutrinos. In 1978, Lederman became Director of the Fermi National Accelerator Laboratory, supervising the construction and use of the world's most powerful atom-smasher.

The citations he received for his scientific brilliance are almost too numerous to list. Dr. Lederman was the recipient of fellowships from the Ford, Guggenheim, Ernest Kepton Adams and National Science Foundations. He was a founding member of the High Energy Physics Advisory Panel to the Department of Energy, and the International Committee on Future Accelerators. He received the National Medal of Science (1965) and the Wolf Prize for Physics (1982), among many other awards and honorary degrees. His astonishing career culminated in receiving the 1988 Nobel Prize in Physics with Melvin Schwartz and Jack Steinberger.

Lederman Science Center at Fermilab - The Fermilab Education Website introduces students to the world of science through puzzles, logic games, physics adventures, and more!
Fermilab - Fermilab works to advance our understanding of energy and the nature of matter (matter can be a person or anything that occupies space). Their research has led to many scientific discoveries and technological advances.
Academy of Achievement - Read an interview with Dr. Leon Lederman. The Academy of Achievement brings students face-to-face with the extraordinary leaders, thinkers and pioneers who have shaped our world.
Nobel Prize - Leon Lederman received the Nobel Prize for Physics 1988 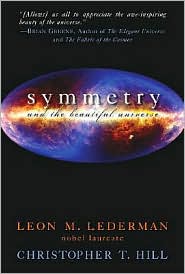 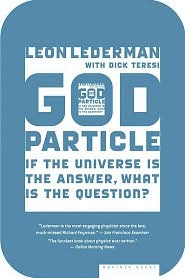 The God Particle: If the Universe Is the Answer, What Is the Question?
Leon Lederman, Dick Teresi