by Natasha from New Haven 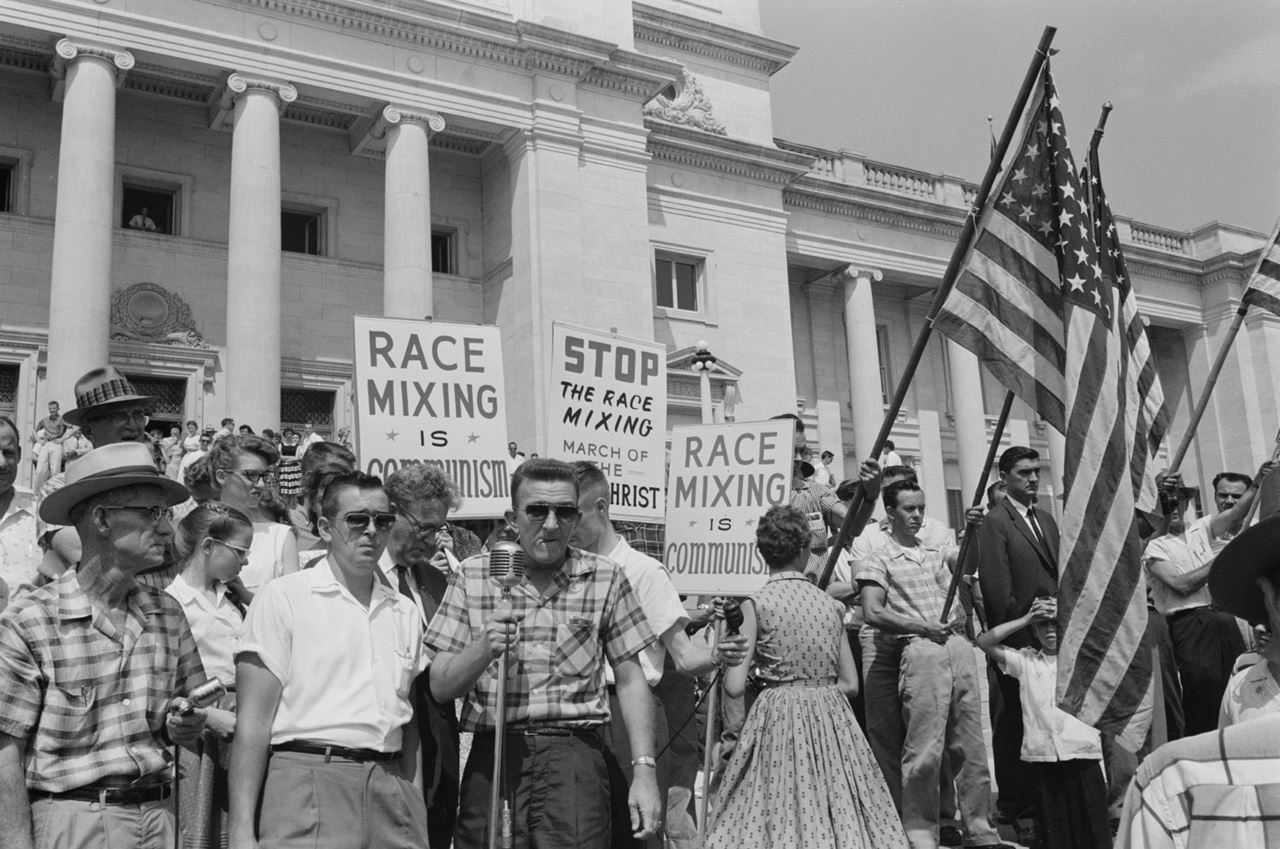 Rally at state capitol, protesting the integration of Central High SchoolJohn T. Bledsoe [Public domain]As The Little Rock Nine drove toward their school, they already knew they had angry white protesters waiting for them. A few weeks before, the nine African Americans had walked past the angry crowd to the high school's entrance. That same morning the Arkansas National Guardsmen had turned the nine students away and, along with the angry crowd and police, they had pelted the African Americans' cars with stones, assaulted them and threatened their lives. As much as they were scared, the nine African Americans didn't give up. Like many schools in Arkansas, Little Rock Central High School had been segregated. That meant that only white students were allowed to attend. Later on the Supreme Court ruled that segregation, or the legal separation of blacks and whites in public facilities, was illegal. The Little Rock Nine had the law behind them.

However, a crisis erupted when the Governor of Arkansas, Orval Faubus, called the National Guard on September 4 to prevent The Little Rock Nine from attending high school. The following year Faubus closed all the high schools, forcing African American students to take correspondence courses or to go to out-of-state schools. The school board reopened the school in 1959.

The Little Rock Nine included these courageous students: Ernest Green who was the first black student to graduate from Central High School (class of 1958); Carlotta Walls Lanier who graduated from Central in 1959; Minnijean Brown Trickey who was expelled from Central High in February 1958 after several incidents; Jefferson Thomas who graduated from Central in 1960; Elizabeth Eckford who is the only one of the nine still living in Little Rock; and Dr. Terrence Roberts, Gloria Ray Karlmark, Thelma Mothershed-Wair and Melba Pattillo Beals. These last four students did not graduate from Central. They went to another high school and on to college to pursue their careers. 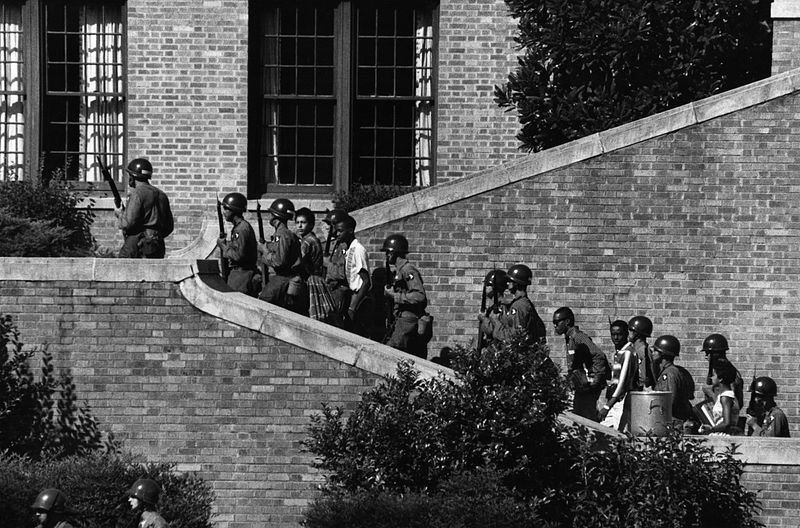 Soldiers from the 101st Airborne Division escort the Little Rock Nine students into the all-white Central High School in Little Rock, ArkUS Army [Public domain]These particular nine African Americans are my heroes because of their courage. They stood up for themselves, never gave up, and did not stop until they got what they wanted. Nowadays, high school students will just give up too easily. They would never fight for their rights like The Little Rock Nine. In their struggle to attend school, The Little Rock Nine faced verbal and physical assaults from white students, as well as death threats against themselves, their families and the black community. The nine determined students never gave up and remained focused on their education. The following May, Ernest Green became the first African American student ever to graduate from Central High School. Ernest helped other African Americans graduate and attend school. Now the doors were open for African American students to pursue their education. 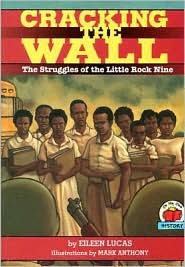 Cracking the Wall: The Struggles of the Little Rock Nine
Eileen Lucas 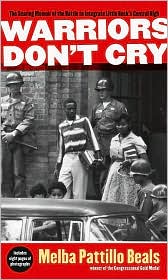