by Angela from San Diego

For decades, news reporters, writers, artists, and Honors English students have studied the true meaning of heroism, and how that idea shapes the way humans perceive the world. Every characteristic of a hero, however, is uniquely altered depending on the individual exploring the subject. For example, a hero to a news reporter may be expressed in the form of everyday people such as firefighters or paramedics displaying small acts of kindness; for a writer, in the forms of fictional characters like Batman or Superman, taking life-changing risks and saving the universe; and for an artist, in the form of sculptures or paintings, distinctively reflecting inner beauty through a portrait. As an Honors English student, this is my portrayal of a true hero. 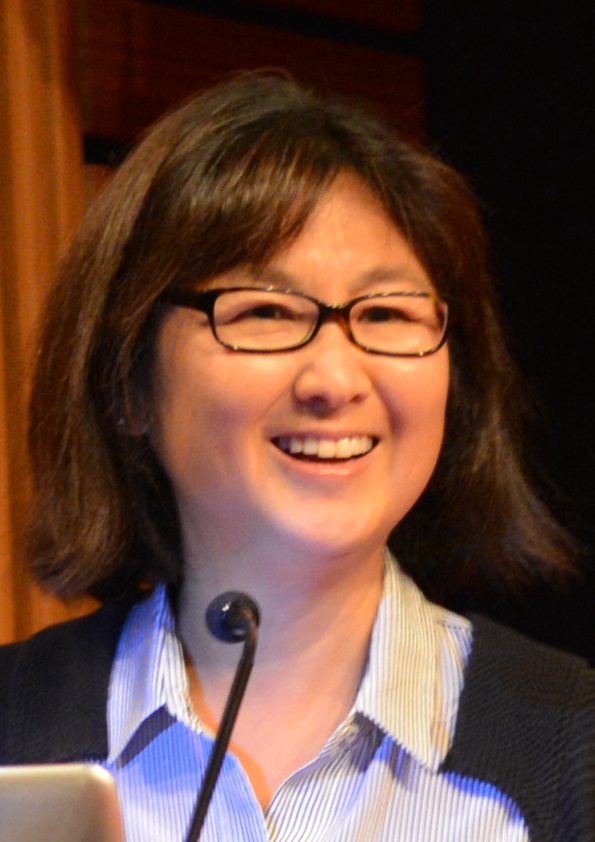 Maya LinUnknown author [CC BY SA 2.0] via WikimediaHeroes, in this case, are those who not only defy odds, but also have inner strength and perseverance. These heroes must possess the courage to push through fierce opposition, allowing their principles to guide their reasoning; the creative mindset to think differently in every situation, showing the infinite possibilities of a single subject; and the ability to unify unique individuals through a common vision. Maya Ying Lin is one of these heroes. Born in Athens, Ohio, in 1959, Maya Lin is an artist whose works blend both art and architecture. Her parents' jobs allowed young Maya Lin to explore different styles of art; her mother was a poet and her father was a ceramist at Ohio University. One field of her exploration includes architecture, shown in one of her most famous works, the Vietnam Veterans Memorial. While it received a lot of criticism and sparked controversy, Maya Lin persevered and kept pursuing her ideas and beliefs. When studying at Yale, she was inspired by the wall honoring Yale veterans. In 1981, when she was a senior, Maya Lin was chosen as the winner for the national competition to design the Vietnam War Memorial; her winning idea was a V-shaped wall embedded into the Earth, made of black granite, with more than 57,000 names inscribed. Her creation is not only a lasting memory and monument of the veterans, but also a symbol of hope for the nation to heal as a whole. While many people perform honorable actions, not all can be considered an inspiration; Maya Lin, however, is a hero because she is artistic, brave, and unifying.

Maya Lin is artistic and has a unique way of thinking; she takes into account many perspectives and the symbolism behind every element of art. When asked about her inspiration for the Vietnam Memorial, she explained, "I imagined taking a knife and cutting into the earth, opening it up, an initial violence and pain that in time would heal. The grass would grow back, but the initial cut would remain a pure flat surface in the earth with a polished, mirrored surface" (Lin 4:10). To most visitors, the memorial is just an object of honor; it is seen exactly as it is physically-- a black wall with various veterans' names inscribed. However, Lin's artistic sense allows her to view her piece as a place for healing, not as a "black gash of shame" ("Maya Lin." Newsmakers) as many described. The way she views her simple piece of art shows the degree of thought puts into everything she creates, while the way she projects a single vision reflects the depth of her imagination. However, her creativity does not end there; she portrays meaning on every part of the monument. Critics, who saw the work simply as it appeared, called out Lin's lack of color as a deformity, saying that black was the "universal color of shame and sorrow and degradation" (Klein). However, the monochrome only adds to the beauty and depth of the art piece, as Lin intended: "I do not think I thought of the color black as a color, more as the idea of a dark mirror into a shadowed mirrored image of the space, a space we cannot enter and from which the names separate us, an interface between the world of the living and the world of the dead" (Lin 4:14). Lin not only illustrates her thinking process, but also successfully incorporates it within the memorial. In her eyes, black granite allows both personal and physical reflection on its smooth, glass-like surface; it lets visitors see themselves within the piece, almost as if the visitor is a part of the art. Her meticulousness extends from her idea to the memorial, to the colors incorporated in the piece, as well as to the names inscribed within the wall. Rather than arranging the names by alphabetical order, from top left to bottom right, she organized them in chronological order, in a way that the names from the beginning and the end of the war connect. Lin illustrates her unique way of portraying these names as a complete, full circle that is "broken by the earth that bounds the angle's open side, and contained within the earth itself" (Lin 4:05). All of her works, in this way, are similarly connected; with a single idea, she explores many different perspectives, allowing for further interpretation depending on the visitors' background. Throughout her experiences, her artistic mindset and her unique way of thinking allows her to thrive. Through her art, she not only brings healing into the world, but also opens others' eyes to different lights, making her heroic. 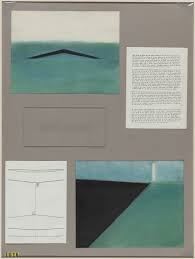 Original, powerful and minimal design of the Vietnam Veterans Memorial (VVM)Maya Lin [Public domain] via WikimediaAlthough Lin received constant criticism about her work, she did not back down; instead, she showed courage and loyalty to her beliefs. When the organization chose Lin's design, critics commented harshly on her work, referring to it as "the 'black gash of shame,'...unsentimental, degrading, even ugly" ("Maya Lin." Newsmakers). The negative feedback occurred both during the building and after the opening of the Vietnam Memorial, but Lin never caved in nor gave up on herself. Many people, including the veterans, the critics, and even the members of the funding organization, wanted a monument that was more like other traditional memorials. However, she persevered and pushed through with her original idea. She had the courage to present her idea to the public, and even when it was constantly torn down, she persevered. While her work itself was criticized, Lin's racial background and age played a part in the controversy: "the historic commission should not be entrusted to an architect with no established track record of realized works and no personal connection to the event. hiring an Asian designer would disgrace the soldiers who died at the hands of the Vietnamese" (The Art Story Foundation). Lin didn't hide from criticism; she held her ground, yet was further criticized for her arrogance ("Maya Lin." Newsmakers). Without faltering, she faced her adversities head on. Even after the value of the memorial and her qualifications as an artist was questioned, Maya Lin proved herself to be truly brave and persevering.

Maya Lin's hardworking efforts are also heroic because she herself is part of the ordinary. She uses this to further relate to and unify her audience: "From the beginning I often wondered, if it [Vietnam Veterans Memorial] had not been an anonymous entry 1026 but rather an entry by Maya Lin, would I have been selected?" (Lin 4:15). While anonymity allowed her idea to stand on its own, entering with her name would have lessened her chances of being chosen; as a Yale senior at the time, Maya Lin was just an ordinary artist working toward a degree. Her ideas would be entirely ignored, only due to her circumstances as a developing artist. As someone who was chosen only for her art, she relates to, and therefore inspires, the general public. After being criticized, her unique design was brought to light: "Her spare, linear aesthetic uses blank space as a metaphor for thought. Her work invites us to reflect on what cannot be summarized in a single representation, a truly revolutionary idea" (The Art Story Foundation). Lin unifies her viewers through her composition, making it an area for people to think and relate to one another. Her work is specifically for the audience, to view in their own space of thought. Unifying a variety of individuals from a variety of backgrounds is difficult; however, through her work, she is successful. Even through her success, she is humble. Lin describes herself simply: "I'm an architect, I'm an artist, I make things. I just love the fact that I can make a work and put it out there and walk away from it and then look at it like everybody else" ("Maya Lin." Newsmakers). Her ability to step back and look at the bigger picture allows her to find her way around various opinions and audiences-- including herself. She even mentions, "As for me, the first time I visited the memorial after it was completed I found myself searching out the name of a friend's father and touching it. It was strange to realize that I was another visitor and I was reacting to it as I had designed it" (Lin 4:17). She emphasizes that, surprisingly for her, she felt the same way as she had intended for the audience. In this way, while also making intimate connections with each of the visitors, she unites them as a whole. Maya Lin uses her being ordinary to her advantage; the memorial helps to connect her audience, even with a personal experience.

Maya Lin's ability to think differently and her standing as an ordinary person allow her to successfully connect people of different backgrounds; in this way, she is both a hero and an inspiration. When introspectively recognizing herself in her own artistic world, she writes: "I feel I exist on the boundaries / Somewhere between science and art / art and architecture, public and private, east and west / I am always trying to find a balance between these two opposing forces, finding the place where opposites meet. / water out of stone, glass that flows like water, the fluidity of rock, stopping time / existing not on either side, but on the line that divides, and that line takes on a dimensionality, it takes on a sense of place and shape" (Lin 0:01-09). Her coexistence on the many boundaries allows her to reach a variety of people through her works. Maya Lin inspires me because I too am an artist. She thinks on one side and the other, on boundaries, and on different planes altogether. Her attitude as a person-- being able to take criticism and hatred-- inspires me to be brave with my ideas. Lin's ideas create a bridge between art, architecture, history, and her own beliefs; her works use not only stone, but also water, and the earth itself. She inspires me to think before reacting, be creative, and make connections between two ideas that may be vastly different. While people come from different walks of life, everybody can be unified as a whole, nonetheless. The characteristics of our heroes define the lens we use to see our world, and from Lin's point of view, the world is a peculiarly unique yet very beautiful one.