The July through mid-August 2013 Honoree pages

We take a look back at a few individuals and groups

who have been featured as Spotlight Honorees

across the past year, and who have continued

to move “forthward” as a source of peace — for our world.

Our Peace Seeker Update honors the Waweru family from Nairobi, Kenya, and their work with children in need of peace. Our Peace Maker Update honors Shelly Heesacker, a television field producer and perhaps the most active participant ever in our summer “Make Peace the News” outreach activities. Our Peace Bringer Update honors the ongoing work of Jeanne Meyers and MY HERO, a non-profit that shares inspirational stories with the world, and that celebrates Mattie’s message and Foundation in that effort. And, our Peace Sponsor Update celebrates the Tresca/Wheeler family — long-time friends to Mattie and Jeni, and hardworking and ever involved supporters and participants in anything and everything that Mattie’s Foundation endeavors to create and share.

Whether helping children or sharing acts of peace of kindness, and whether posting peace stories on a website or participating in every Foundation activity — all of these amazing honorees have chosen to make peace a part of their everyday choices in thought, in word, and in deed. They have also chosen to seek and make and bring and sponsor peace – for themselves, for their communities, and for our world, and so, we are celebrating them as the 2013 July through mid-August Summer Spotlight Update honorees!

Learn more about our 2013 July through mid-August

Spotlight honorees by clicking on the links below.

or be considered for our Spotlight Feature,

learn more about each of our Spotlight Features

It matters that we get to know our neighbors

Peace is for all people, even those we disagree with. 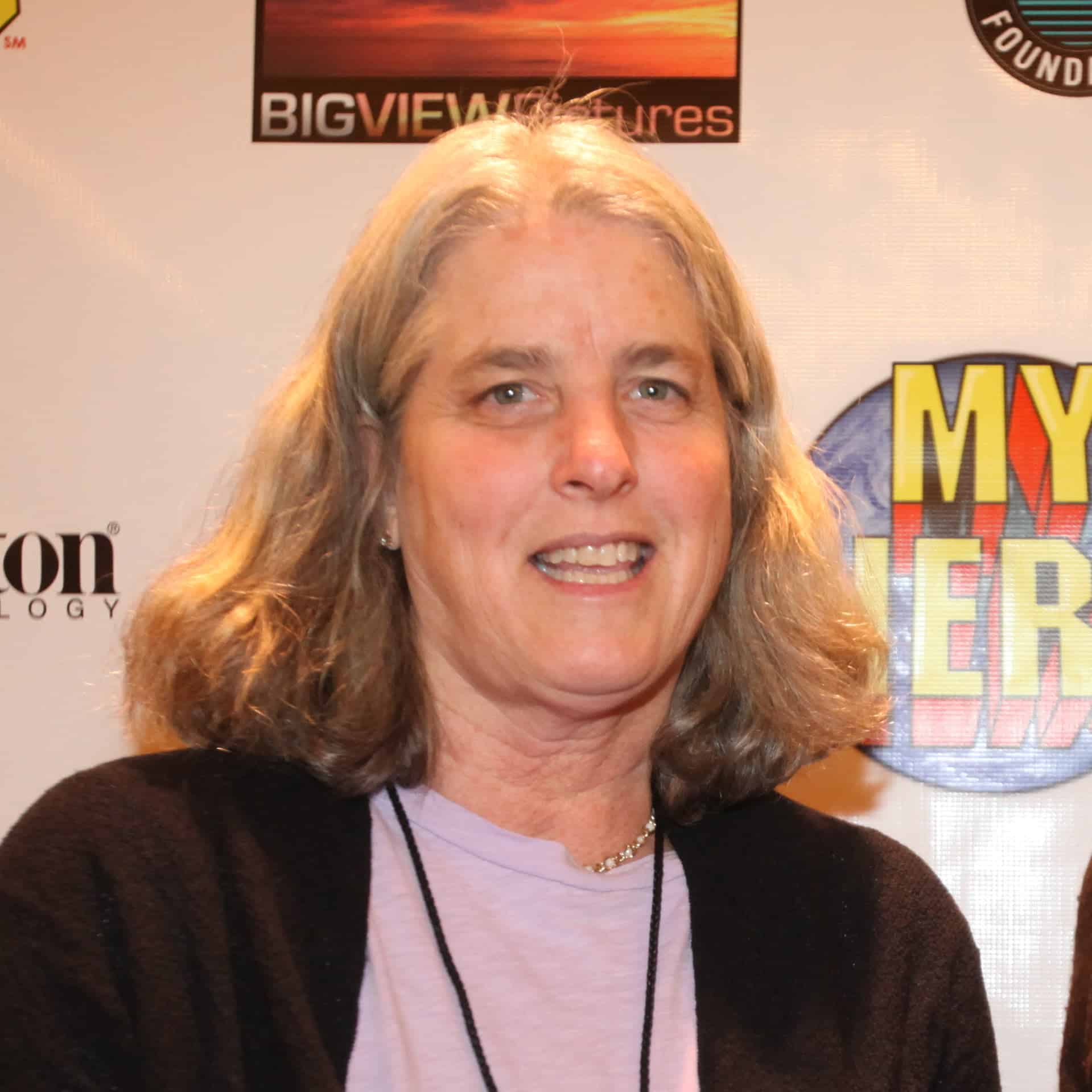 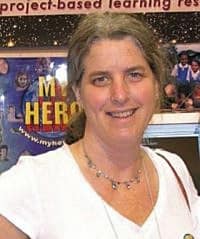 In 1995,  three moms launched a not-for-profit website they called The MY HERO Project to celebrate the best of humanity. Since then, Co-founder and Director Jeanne Meyers has been honoring heroes who are working around the world for peace, for human rights, and for the environment. The MY HERO Project provides free resources for sharing hero stories, art, audio, and short films that celebrate peace heroes of all ages and abilities, all races and religions, all cultures and countries. In addition, through their expansive website that is brimming with hero pages representing all spaces and all times and all walks of life, MY HERO “gives lifelong learners access to an ever-growing digital archive of inspiring content, tools for self-expression, and tutorials to help them share their uplifting stories with the world,” Jeanne said.

Jeanne Meyers and MY HERO have been selected by Mattie’s Foundation as “Summer Spotlight Update” honorees. Each summer, we update some of our Spotlight Honorees from across the previous year, selecting those individuals, families, and organizations who have continued to make deliberate choices that spread peace in our world. Jeanne has been doing amazing work, and spreading a message of hope and peace to people of all around the world across the past year.

Jeanne’s original Spotlight feature is below on this page.

“MY HERO is using the power of media and technology to educate, empower, and inspire young people around the world to understand the many ways that they can make a powerful difference in the world,” she added. In addition to stories about well-known heroes, “we shine a light on unsung heroes, and those who have overcome overwhelming obstacles to achieve their dreams.”

Back in 1997, 6-year-old Mattie Stepanek became one of those “unsung heroes” being celebrated on Jeanne’s MY HERO website. Mattie was nominated as a “Hero” by Jim Hawkins, a photographer who volunteered for Children’s Hospice International. Jim met Mattie during CHI conferences and worked with him during CHI’s annual “Fantasy Flight” event, and was inspired the messages that Mattie shared through his “Heartsongs” poetry. 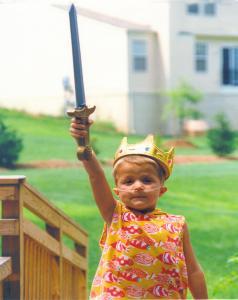 Six-year-old Mattie Stepanek was selected for a page by MY HERO in 1997 (Photo by Jim Hawkins).

“Jim wrote to us about Mattie,” Jeanne said, “and told us about his incredible poetry and desire to bring peace to the world. From the moment we learned about this young poet we were charmed.” A Hero page was created featuring Mattie, a young child with a life-threatening disability whose biggest goal was to spread a message of hope and peace to people everywhere.

“Across the past 15 years, MY HERO has celebrated outstanding peacemakers like Mattie and Jeni Stepanek, Ron Kovic, Wangari Maathai, Nelson Mandela, Kathy Eldon, and so many more with our global learning community that reaches millions of students each year in over a 190 countries. These outstanding individuals give hope to all who come to understand their heroic journeys,” Jeanne added.

MY HERO now also hosts an annual International Film Festival that includes honoring a filmmaker who sheds light on the importance of working for peace. This award is sponsored by peace activist Ron Kovic, the author of the autobiography and feature film, Born on the 4th of July. The winning films are all online, and are used in classrooms around the world to promote peace and tolerance.

Through this website, “Mattie and his mother, Jeni, continue to inspire millions of people around the world with their message of peace and tolerance,” Jeanne said. “In 1997, when Mattie was first celebrated on our website, Jeni wrote this entry in the MY HERO Guestbook:

‘My hero is Mattie Stepanek, my son. Through Mattie’s innocent and uncensored expressions about life as he sees it, and feels it, and thinks about it, I have been inspired to think more deeply about my own life. Sometimes, it takes the wisdom of a child, for us to really appreciate what we DO have in life, and to remember to celebrate the gift of every day.’

“I believe in the message Jeni and Mattie share, and I see firsthand the power of their efforts to bring students together to find common ground and build a future of peace. Mattie’s message has taken hold. Like Mattie, Jeni has been a great friend to MY HERO and to me. She remains one of the most outstanding people I have had the pleasure to know and continues to inspire me with her courage and convictions to bring peace to the world. I am so thankful for all she is doing through Mattie’s Foundation to bring the message of peace to young and old across the planet.”

Jeanne Meyers (5th from right) with MY HERO Board members and teachers from around the world take part in The MY HERO Project.

Jeanne is a very humble person, who consistently deflects the recognition of her role in bringing a message of hope and peace to people around the world onto others. Since 1995, she has been honoring heroes who are working around the world for peace, for human rights, and for the environment. She has been supporting children and teens who are pursuing their dreams of making this world a better place through their contributions of poetry and art, photography and film. She has been bringing peace to so many, by simply shining a light on the that which truly matters: any person who seeks and makes and brings peace for our world.

for being a Peace Bringer.

On behalf of The MY HERO Project, Jeanne Meyers, a role model Peace Bringer, invites everyone to share stories, art, audio, and films about individuals who are making a positive difference in the world on MY HERO’s ever-growing internet archive.  Click here to begin!

Click on the links below to learn more about: