by Ethan from Colorado

Ingnorance, the root and the stem of every evil - Plato

Of all the ancient philosophers, politicians, or thinkers, Plato stands among the most influential. Born in Athens, Plato lived from 427 to 341 BC. His teacher and good friend, the philosopher Socrates, was executed when he was hardly an adult. Shortly thereafter, he rejected politics completely, left Athens, but later returned and lived there for the rest of his life. Plato taught the great philosopher Aristotle (who in turn taught Alexander the Great!) and pioneered modern philosophy and ethics. Although there are many things Plato achieved, he did three things that are heroic. He founded the first university, was the first male advocate of women’s rights, and heavily contributed to modern philosophy, ethics, theology, and psychology. Plato is also considered one of the greatest prose writers of all time.

Plato pioneered modern education when he founded the first university. Little is known on how he founded it, but it is presumed that his friend, Socrates, whose wish was to have a school meant for higher education, inspired him. Though there was, of course, school, there was no further education that pupils could pursue. When his good friend Socrates was executed, Plato quietly left Athens. He later returned and founded a school called 'The Academy’. There, students could actually choose what they studied. Subjects included mathematics, philosophy, political sciences, astronomy, and biological sciences. Although it soon closed after Plato’s death, The Academy was a stepping-stone in education. Plato is thus considered a pioneer of modern education.

Plato also was an advocate of human rights. He believed that all people should have access to food, shelter, education, and citizenship. For example, he believed that an African should be able to be a philosopher or even a ruler, which was an extremely rare opinion. What was even more rare at that time was the idea that women should have equal rights as men. At that time no one even thought that women were equal to men but Plato. He argued that because women have a soul (in his philosophy a soul consisted of a will, a rational part, and a spiritual part) women should not be treated differently than men. Another part of this argument is that physical appearance is irrelevant, because they do not express a person’s soul. Women should thus have equal rights. Although he was unsuccessful in persuading the world (or even Greece), he marked an important idea that wasn’t developed in Greece for a while. Plato also believed that all humans should be happy or at least pursue happiness, otherwise they have a “sick soul”. Plato’s ideas about the body, souls, and eternal things (such as, in his view human suffering, which would go on until the end of time) were crucial to theology, especially Christian and Hindu theology.

Plato also deeply influenced modern logic, theology, ethics, philosophy, and to some degree, politics. Plato’s teachings dominated Christian philosophy for much of the Middle Ages. Christianity was a major part of the Middle Ages, especially in Europe. Plato was also related to Solon, a great lawmaker. Plato delved deeply into philosophical questions such as “What is justice?” and “What determines reality?” Plato also investigated ethical questions, which he based on the theory that all people desire happiness. Thus, if a person commits murder, they wanted to be happy. In his prose writings, Plato tried to define knowledge, and he also theorized that if there is change in something, it is imperfect. Plato analyzed many other philosophical, ethical, and logical questions. He is sometimes considered the founding father of philosophy because he influenced philosophy and ethics so much. Plato’s deep influence on ethics, philosophy, and related subjects are only matched by his mentor Socrates and his student Aristotle.

In conclusion, Plato was one of the greatest philosophers, thinkers, teachers, and prose writers of all time. Not only did he found the first university for his friend Socrates, but he advocated human (and moreover, women’s) rights. He raised and attempted to answer many philosophical and ethical questions. He was a good friend of Socrates, one of the most praised philosophers of all time, teacher of Aristotle, relative of a great lawmaker, and an advocate of education and human rights. For these reasons I consider him a hero and a legend of modern philosophy, ethics and thinking. 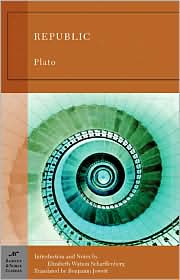