by Cailah Jadyn from San Diego 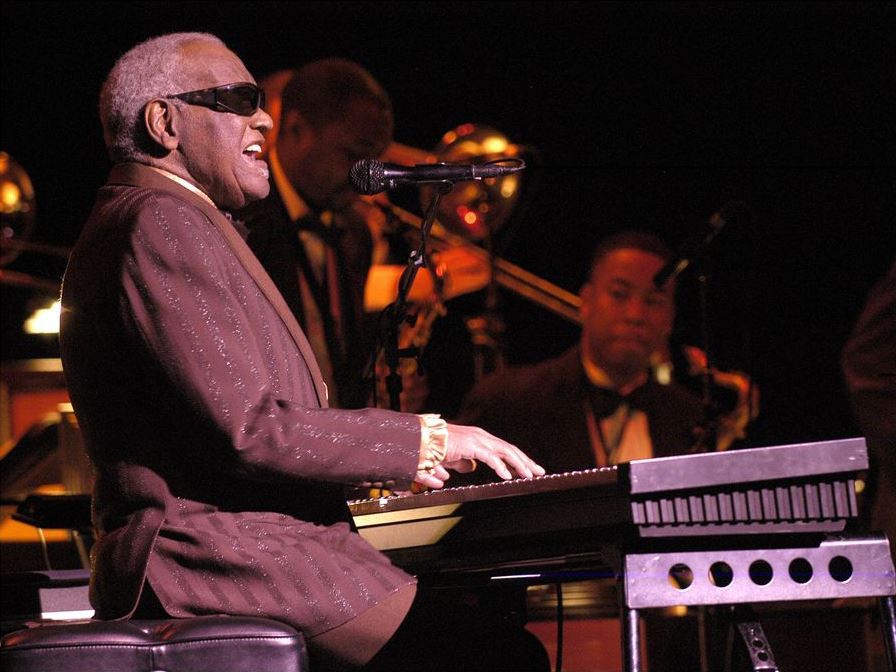 "I don't think any of us really KNOWS why we're here. But I think we're suppose to BELIEVE we're here for a purpose." - Ray Charles

At the time, he may not have known how true this quote would be or even if it would pertain to him when he said it. Ray Charles was one of the few artists that could be considered worthy of the title of "genius" (Johnson). The "Living Legend" (Charles - About the Library) was born in Albany, Georgia on September 23, 1930 under the name of Ray Charles Robinson. Charles grew up during the Great Depression, always enduring discrimination and experiencing many hardships from an early age until his death. At the early age of 7, he became blind from glaucoma. However, this event did not hinder Charles' life as most would expect. He was able to achieve many things throughout his life, and even after he died on June 10, 2004. A hero must possess perseverance; the ability to get through hardships. If a hero did not have perseverance, they would not be much of a hero because they would be easily defeated. A hero must also use their influence in a positive light to affect their on-watchers. If they were to sway people to think a certain way, it should be one that is positive. Lastly, a hero should be successful in what they do. Heroes should strive to succeed and reach the top of their trade to be the best. Ray Charles deserves the title of hero because he persevered through multiple hardships, utilized his influence to create a better future for others, and excelled in his area of work, becoming one of the best. 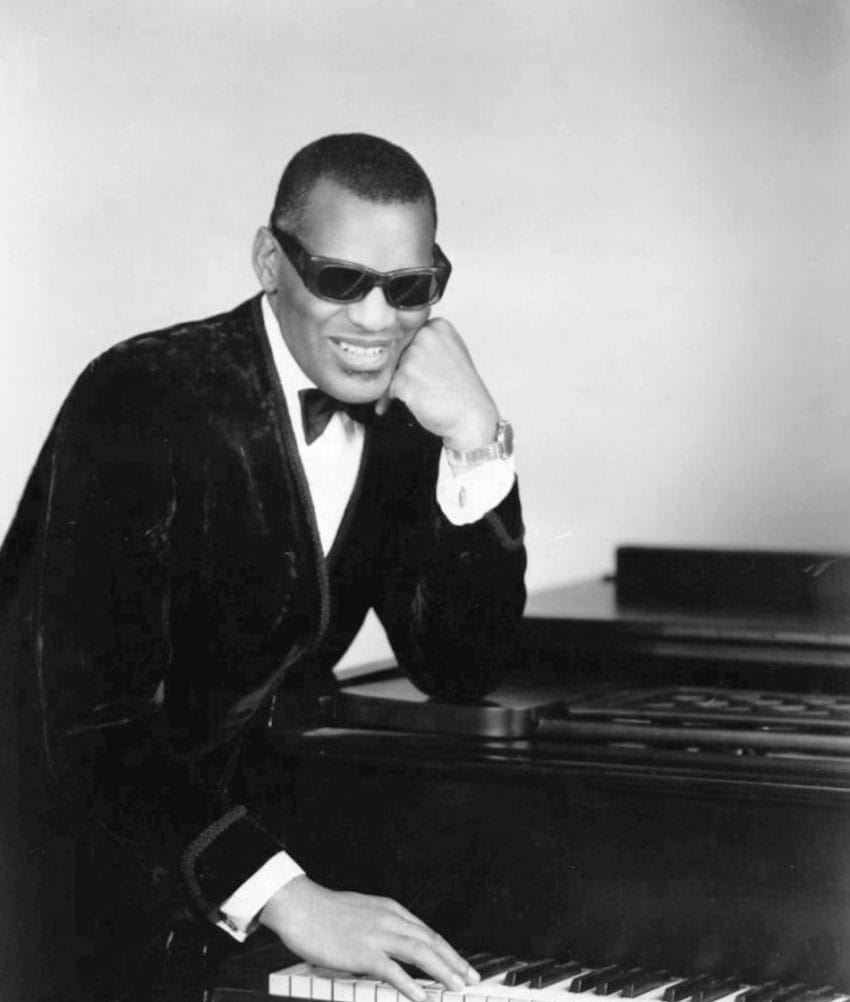 Charles persevered through every tragic event that faced him in life, showing anyone could overcome any obstacle that stands in their way. He learned life was not fair at the early age of 5 where: "Ray suffered the first of many hard events in his life that would follow over the ensuing years. While rough-housing with his younger brother George, his sibling tripped into the large tub their mother used for laundry. At first Ray thought George was fooling around, but after he did not move for some time, he tried to pull his brother from the water. But, his clothing was soaked too thoroughly and Ray could not pull his weight out. He ran to his mother, who attempted to revive the child, but it was too late. Soon afterward, Ray was diagnosed as having glaucoma and his mother was told her son would eventually lose his sight altogether" (Johnson). At the age of 5, Charles lived through the horrid experience of his brother drowning right before him. For anyone, death is a sensitive and uncomfortable topic to just speak about. The event occurring when he was so young, and the person being his brother, made for an unfortunate and unforgettable memory. This only became a worse experience as it was one of the last things he saw before going completely blind from glaucoma (an eye disease that gradually takes a person's sight) at 7. However, no matter how traumatizing the drowning was and how devastating the impairment was, Charles still managed to persevere and continue on with his life. When Charles was fully blind, his mother sent him to a school where: "Ray was admitted to The St. Augustine School for the Blind and Deaf as a charity patient. While there he was taught how to read and write in Braille and studied in mathematics" (Johnson). Just because he transferred to a specialized school, he never complained or used his impairment as an excuse to give up in living his life. He persevered to learn just as any normal student would, also excelling in anything he did. Charles, at the school, was even said to have "began his musicianship as a pianist and clarinetist/saxophonist" (Ray Charles). In addition to his standard work, Charles was able to juggle his passion for music along with his other responsibilities at the school. Charles was able to persevere through every dilemma that faced him, never using his past or impairment as an excuse to hold him back.

Charles used his voice not only to make amazing music, but he also used it to voice his thoughts he strongly believed in. People constantly reminded him of his race and how things were different, reinforcing his "place in society." Charles' circumstances were better than most: "But, he was forever a voice for the rights of mankind. At a concert in Augusta, Georgia, in the height of the Civil Rights movement, Ray learned that his audience was being segregated with the black attendees confined to the balcony and the white member on the floor to the front of the stage. He told the promoter that he had no problem with segregation, but felt that his people should be in front of the stage rather than the white audience. He told the promoter that unless this was reversed, he refused to play and didn't care if he was sued. He didn't play, and was sued. But, he earned the respect of Rev. Martin Luther King, Jr. from this and King would become one of Charles' early benefactors" (Johnson). Charles stood up for what he believed in, even if it meant he got the short end of the stick. In a way, he did not get the short end because he earned the respect of Martin Luther King Jr. and many other people. Charles did not just forget about his own people because his conditions were better. He was able to influence people to stand up for what they believed in no matter if their circumstances were good or bad. Charles not only stood up for his own race, but he also stood up for other people who were discriminated against. "Years later, Charles would also refuse to perform in South Africa until the role of apartheid was abolished. He had a special relationship with the Jewish people of America, once stating that if ever, 'someone besides a black ever sings the real gut-bucket Blues, it'll be a Jew. We both know that it's like to be someone else's footstool'" (Johnson). He did not just focus on the rights of his own people, but Charles also considered other people that were being affected. Charles did not just sit back and watch these events happen. Just because things seemed to be getting better for him, he never forgot about other people. He was able to influence his audience to think in a certain positive way which helped everyone and always had others' well-being in mind. He never gave up on what he believed in and speaking his mind just because his life improved. 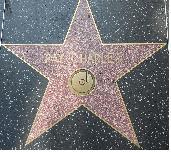 Ray CharlesPublic domainIn the music industry, making a name as an artist can be painstakingly difficult. However, Charles shot for above and beyond. Charles was immensely talented when it came to music. He was known for being: "Comfortable in such disparate styles as jazz, R&B and country, Ray earned 12 Grammys throughout his career" (Charles - About the Library). Charles gained many awards throughout his career with what seemed like ease, surpassing many other artists. Earning several prestigious Grammys is an honor and dream come true for any artist. Charles excelled in his line of work with flying colors despite all of his ailments. Charles was not only bestowed with 12 Grammys, he was also honored with the: "Kennedy Center Honors, the Grammy Lifetime Achievement Award, the National Medal of Arts and inductions into the Rock, Jazz and Rhythm and Blues halls of fame" (Charles Biography). He was recognized by other organizations that only the best of the best are noted of. Charles received the Lifetime Achievement Award which only few people receive every now and then. As Charles had specialized in many different genres, he was able to be inducted into multiple halls of fame, showing he did not just excel in one specific genre but all. Charles excelled in the music world, rightfully earning the title of being the best of the best.

By persevering through many road-blocks, positively influencing people to think a certain way, and succeeding immensely in the music industry, Ray Charles deserves the title of hero. Charles was able to persevere through his vision impairment and achieve many great things. He used his influence in a positive light, deterring discrimination against African Americans and Jewish people. Charles succeeded to the highest degree in the music industry. He created a new genre of music, received 12 Grammys, the Lifetime Achievement Award, and was inducted into multiple halls of fame. Through Charles' music career, he was able to secure many titles and honors, including the Kennedy Center Honor. Charles was able to inspire people through his own presence. Because of him, I believe that I can do anything I put my heart to. He proved to everyone, in a time that was the most perilous to be anything other than white and speak your mind, anything was possible. Charles was an African American who grew up classified as someone of the poorest of the poor, in addition to being visually impaired. To see that his painstakingly heavy load never kept him down inspires me to go after anything I want. Charles was also inspirational because he accomplished the task of reaching out to people; the people who were different from him and often put him down. He was able to reach them in a way that most people would not have thought possible because of "racial lines." This inspires me to stand up for what I believe in firmly. With enough effort, even the impossible seems possible. Although Charles may have thought he'd only leave behind his music, he left behind much more. "I don't think any of us really KNOWS why we're here. But I think we're suppose to BELIEVE we're here for a purpose." These words, as well as the person they are spoken by, are pure inspiration to me. It inspires me to believe that I have a purpose beyond just being here, that I can quite possibly become a hero to someone just like Charles is for me.