"In three words I can sum up everything I've learned about life: it goes on." - Robert Frost 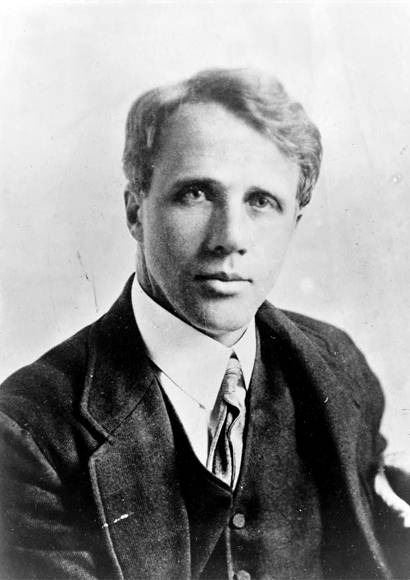 Robert FrostUnknown author at the source., Public domain, via Wikimedia Commons"Freedom lies in being bold" (Robert Frost). A person cannot truly be free if they allow themselves to shy away from their true talents and desires. One must readily be prepared to express themselves in order to free that passion caged deep inside. Robert Frost was a free man. He listened to his heart and ended up happy with the fruits of his labor. This prosperous life all started in San Francisco, California, on March 26, 1874. Throughout his life, he spent a lot of time on the East Coast, moved to England, then back to America, and visited many more places, such as Brazil, Greece and Ireland, before dying in Boston, Massachusetts, on January 28, 1963. Frost was a well-traveled poet known for his use of vers libre, an open poetic form that follows the rhythm of natural speech. Instead of being a sheep and following everyone else, he tried a more uncommon form of poetry. In doing this, he earned his prominence in the poetic industry. Robert Frost demonstrated heroism because of his persistent attitude, ceaseless diligence, and knowledgeable mind that he shared with the world.

Robert Frost never gave up striving to achieve his dream of becoming a poet. It was a dream he had followed throughout his entire life, even when working to sustain himself: "Frost moved from job to job, working in mills, at newspaper reporting, and at teaching, all the while writing poetry" (Encyclopedia of World Biography). Poetry was a constant throughout his life. Come what may, his interests always returned to poetry. It was because he gave the appropriate time and effort to his work that he became such a great success. Frost kept on pursuing a career of poetry, even though it had not been successful for a large part of his life: "In 1912, almost 40 and with only a few poems published, Frost sold his farm and used an annuity from his grandfather to go to England and gamble everything on poetry" (Encyclopedia of World Biography). To "gamble" means to take a risk in hopes of attaining something desired. At this time, Frost had a wife and family to care for. He gambled not only his own financial health and well-being but theirs as well, all for the sake of having a small chance of becoming a renowned poet. Frost needed a proper environment and audience to provide inspiration and to appreciate his work, both of which he wasn't finding in America. His best bet was in England, where there was a greater acknowledgment for poetry. It was an absolute risk to wager all this, just for one chance, but he truly believed he could do it. He was determined to make a living off of poetry. This path he took was winding and had many bumps and cracks in it, but Frost never strayed. This resolve of his pushed him to success.

Frost toiled very hard to become a poet. He always valued work ethic, and it shows in lots of his poetry: "The woods are lovely, dark and deep / But I have promises to keep / And miles to go before I sleep ("Stopping be Woods on a Snowy Evening"13-16). In this example of Frost's poetry, you can infer that, while the narrator would like to enjoy the scenery, he has "promises to keep." The narrator cannot stay because he has obligations elsewhere. Frost establishes that people should hold to their commitments, even at the cost of some leisure time. Responsibilities were important to Frost. Because of this, later in his life, Frost had to live through emotional pains: "He had to hold on in his life, too. In the wake of the personal tragedies of these years, Frost suffered severely from guilt and depression. Some of his adult children accused him of sacrificing family to art, and he deeply felt the disparity between public acclaim and private truth" (Concise Dictionary of American Literary Biography). Frost had to pull through life with the remorse that his children looked down upon him for doing the work he loved, even though he was being exalted for the same reason. He had a duty to his family as well as to his job. Frost would have been a completely different person if he had not invested the effort that he ended up putting into his work. 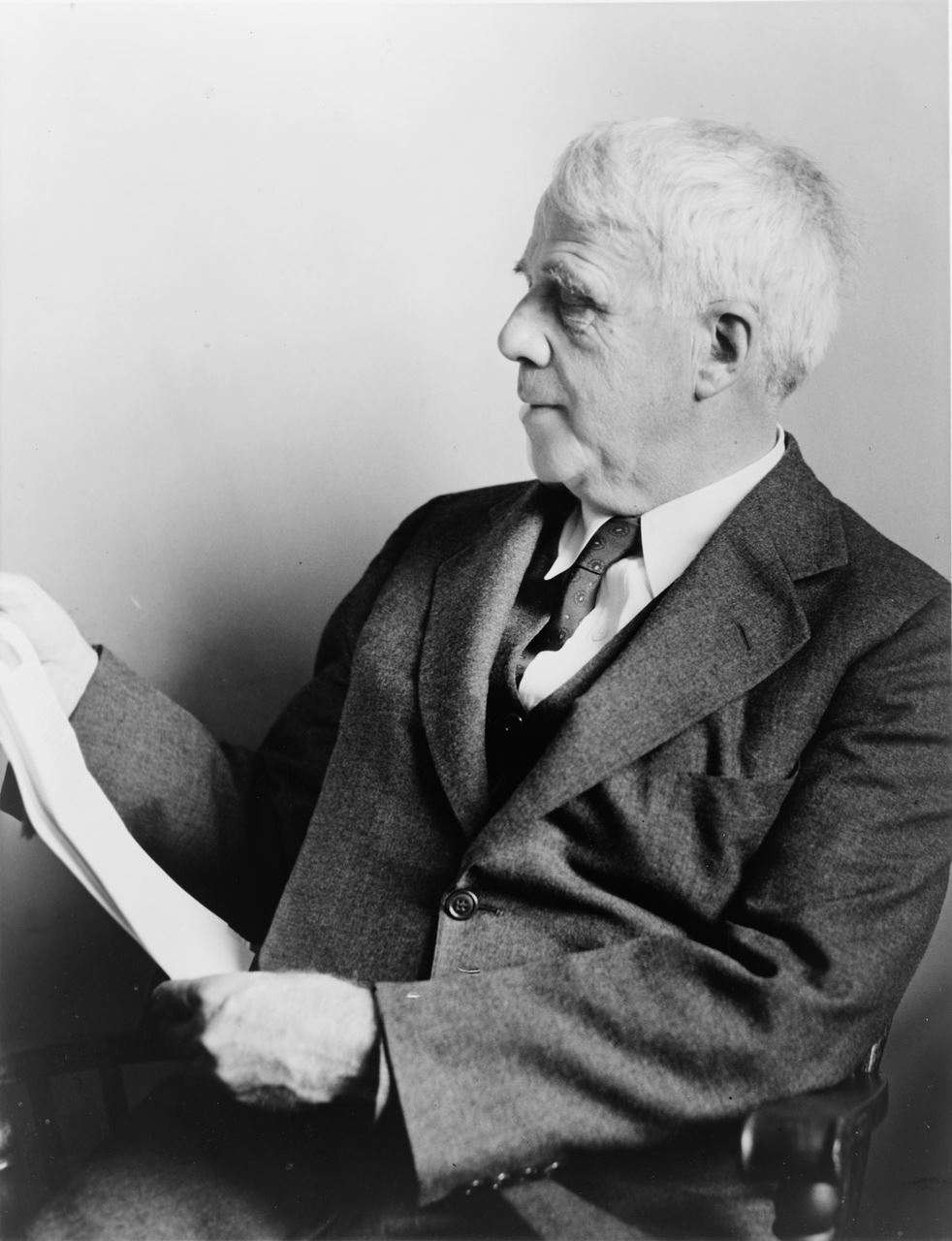 Robert FrostBy Fred Palumbo, World Telegram staff photographer [Public domain], via Wikimedia Commons            Robert Frost had an insightful mind that he shared with the world. He touched foreign subjects that made the common man think: "Robert Frost is considered one of the foremost American poets of the twentieth century. Through his imagery of nature and life in rural New England, Frost explored fundamental questions about man's existence" (Authors and Artists for Young Adults). Robert Frost was acknowledged for his many poems about rural life and his philosopher-esque style. This uniqueness has been one of the main things differentiating him from others. However, uniqueness does not necessarily mean fame: "Rarely given credit during his lifetime for his ideas about poetic form and technique, he was never the less a primary force in the American poetic renaissance that took place after 1910" (Concise Dictionary of American Literary Biography). Most recognize Robert Frost as one of the more unrecognized poets nobody really thinks about. However, he played a large role in the poetry industry. His poetry enlightened many city folk about the rural way of life and turned gears in brains. More people should recognize the wise words and works Frost has contributed with the world.

Robert Frost's tenacious grip on his dream, the energy he was willing to exert to achieve it, and the way he let his mind imagine and create are traits that all should look up to and follow. All heroes should have these traits. He had worked hard throughout his long life and was rewarded accordingly with many prizes, including four Pulitzer Prizes. Frost serves as an example of how if you put your mind to it, you too can triumph against all odds. Dreams are beacons of light illuminating the path ahead of you; they shape your destined path and truly make you an individual among seven billion other people. Once upon a time, I wanted to become an author, a profession that is strenuous and risky. Learning about Robert Frost and his steadfast ways has ignited a spark of hope, a resurrecting of an old dream that was previously withered up and dead. Maybe it will be that path I choose. Maybe not. One thing is for sure. I know that I will end up doing something I love, no matter how long the road will stretch or how many hurdles I'll have to cross. After all, "Freedom lies in being bold" (Robert Frost).

Frost, Robert. "Stopping by Woods on a Snowy Evening." The Poetry of Robert Frost. New