by Alex from Wallingford

A hero is someone who stands out and helps the world in the best way they can by using their strengths to the best of their ability. 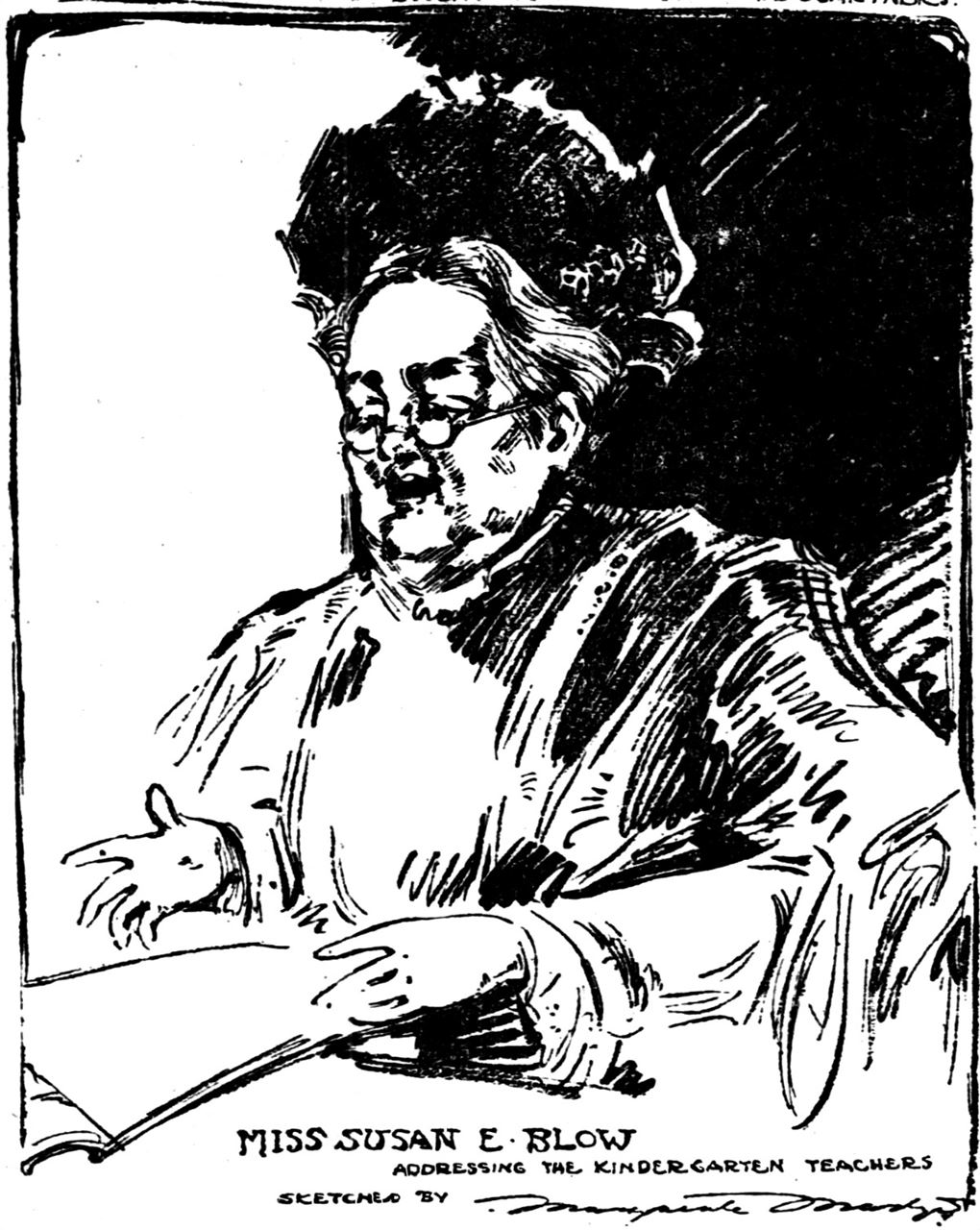 Susan Elizabeth BlowMarguerite Martyn, Public domain, via Wikimedia CommonsSusan Elizabeth Blow opened the first successful kindergarten center in America. It was the first public educational opportunity for the young children of Missouri. She dedicated the majority of her life to learning and passing her knowledge on to future generations. The average poor family gave their children three years of education before pulling them out of school to work for the family. Susan helped deal with this by offering kindergarten classes earlier, encouraging families to keep children in school for a longer amount of time. She is a hero by my definition because she used her strengths and knowledge to teach others.

Susan Elizabeth Blow lived from 1843 to 1916. She lived in St. Louis, Missouri for the majority of her life. She moved five miles to Carondelet after her family suffered from a tragic fire, losing most of their possessions. Susan had to buy new study materials to continue her education. During a trip to Germany, she observed the first European kindergarten classrooms of Friedrich Froebel. This inspired her to move these kindergarten classes to America, so she could educate the young children there. Susan started her first classroom in 1873, located in St. Louis. She taught the children about many things such as fractions, colors, shapes, and staying healthy. The children got a head start on education.

Susan is a hero in my eyes because she helped create a strong and impenetrable foundation of learning for the young children who couldn't afford private schools. She was always enthusiastic about learning, and enjoyed every second of it. She wanted to pass that feeling for education on to other adults and students. Learning, reading, writing and determination were all personal strengths of hers. As she grew from childhood to adulthood, she knew she wanted to pursue a life of infinite learning. What better way to do that than by sharing your knowledge with others?

Susan had a quick eye, easily picking up on the benefits of early education privileges. Kindergarten would have never become as important to our society, let alone to our future, if it weren't for her. She once said, "Let us live for the children." She dedicated over eleven years of her life to proving that she truly did live for the children. Once she decided that children in America should have the same if not similar instruction to children in Europe, no one disagreed with her. Of every student that enrolled, none were reported to have regretted it.

She took what she knew and passed it on to others by opening the first public kindergarten center. She also trained other women to teach kindergarten around the state. Susan made learning bright and colorful, pushing children to never want to stop. She made St. Louis the model and focal point of the kindergarten movement. She ran her kindergarten class without accepting payment or requiring children to enroll with payments. She always knew that if children loved to learn, they would never want to stop even beyond their school days. After all, there is so much more to learn than what is taught in a classroom.

Only six years after Susan opened her kindergarten classroom, over fifty-three classrooms in Missouri had kindergarten classrooms. Most of these classes were taught by the women she had trained herself. By 1883, every school in Missouri had kindergarten programs and many outside of the state did as well. All of these classes were spin-offs of Susan's, teaching the same important ideas. She also wrote two books about kindergarten teaching, which helped expand the kindergarten movement across the country. Susan Elizabeth Blow tried so hard to get her message across of the importance of education, for all social classes, to everyone in the country.

Where I got my information: