by Heather from Gilbert, Arizona

Susie King Taylor was born a slave on August 6, 1848, and she lived in Savannah, Georgia. At the age of about five she had mastered the skills of reading and writing. When she was only 14 years old, Susie was teaching the other children on the plantation.

In 1862 Susie moved to Port Royal Island off the coast of South Carolina with her husband. There he joined the First South Carolina volunteers, an all black regiment. Susie worked in her husband’s regiment for four years as a doctor’s aid, washing, cooking, and burning or burying human limbs. Close to the end of the Civil War her husband died in combat, shortly before their first child was born.

Susie was an outstanding woman because her accomplishments made other African American women realize that they did not have to be oppressed anymore by white Americans, and that they are equal in every way. I am proud to call Susie King Taylor my American hero. She has made such an impact on America and will always be remembered for her service to our country. 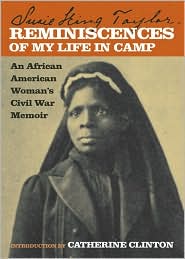 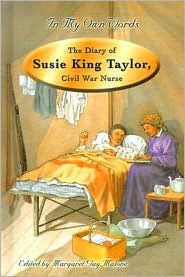 We Were There Too
Philip M Hoose