by Sam from San Diego 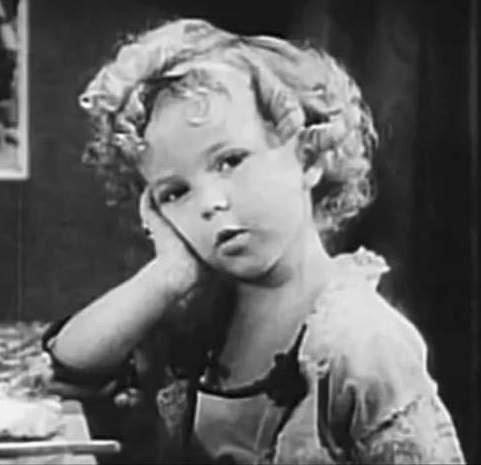 Shirley TempleCharles Lamont (Glad Rags to Riches) [Public domain], via Wikimedia Commons"It doesn't take a hero to order men into battle. It takes a hero to be one of those men who goes into battle" (Norman Schwarzkopf). This quote by Norman Schwarzkopf explains Shirley Temple perfectly. She is a woman who battled every single day to make a name for herself and to change the lives of others. Although many roadblocks were in her way, she showed that belief in herself and sticking to her values helped her come out on top. Temple was a symbol of hope after the Great Depression, when her career started off. She danced and sang her way into the spotlight as the happy and inspiring child that could cheer up anyone with a frown. Later on in her life, Temple worked with charities and became the ambassador of Czechoslovakia, where she made close connections and empowered the Czech women. Her battle continued when she found out she was diagnosed with cancer. Despite life-changing news, Temple decided to find a way to benefit from it and announced it to the public to relate and help out other women. Shirley Temple starred in movies from the time she was six years old and later took on roles in the political and administrative world earning her the name "Little Miss Miracle." Temple may have accomplished a lot, but her determination, charitable acts, and kindness are what truly made her an inspiration.

Shirley Temple possessed determination from a young age. She learned the importance of hard work and put her heart and soul into every task she took on. While performing, she spent endless hours going over scripts to make everything perfect. A camera man once said "that she went through this emotional scene in such a miraculous way that the crew was spellbound, and when she finished they just stared fascinated. 'I wanted to reach out and touch her as she went by,' said Tony Ugrin who makes all her still pictures. 'I could hardly believe she was real'" (Eckett, Charles). Temple demonstrates the power of hard work and dedication. She worked hard to make her performances worthwhile. Her mindset was: "Any job worth doing is a job worth doing right" (Burdick, Loraine). When Temple was informed about what the Great Depression was, she knew that she had the power to cheer up her audience. "Shirley was overwhelmed by the depression and just wanted to put smiles on everyone's faces, so she rehearsed until she couldn't sing or dance anymore" (Burdick, Loraine). Her passion shows that she really cared about her audience and would move mountains to make sure that she could do whatever it took to put a smile on the faces that looked up to her. Shirley Temple's ability to have such force and drive made her unstoppable in the performance world and led her to value hard work as an important trait.

As Temple learned more about the Great Depression, she wondered what else she could do to help and give back. At the age of 12, Temple began working with the Red Cross Foundation. The Red Cross Foundation was grateful to her, as Temple donated her own money to the foundation. She made appearances at hospitals and would even sing and dance for the patients. Onlookers described her as "a symbol of hope and joy," and truly made them believe that anything was possible if you believe in yourself (Burdick, Loraine). By not only donating her time but her money too, Temple was able to give joy to others. "Shirley became active in community service, including much charity work and a large part in the speaking on behalf of the Multiple Sclerosis Foundation, because one of her brothers had developed Multiple Sclerosis" (shirleytempledolls.com). Temple showed true selflessness by focusing time on her brother and others like him. Her love showed that she really cared for this cause and honestly wanted to help. At the age of 12, this was merely a small sign of what to come for Shirley Temple, as she used her selflessness for the well-being of others. As Temple grew up, she transformed from being a cute little girl to a mother figure to the world. She worked as the administrator for the United Nations and later became the first female ambassador of Czechoslovakia. "There she tried to make more women's rights, like on women taxicabs there were signs up that screamed, 'FEAR WOMEN' and the National Council on Women and Development was officially recognized. Also, regularly met with Czech representatives and tried to make more children and women hospitals. Her relationship with the Czech people was powerful and even after...[her] time as ambassador ended she still visited old friends there." (Burdick, Loraine). Temple's kindness was shown through her work with the women of Czech and proved she really cared about them. Even though she said they changed her life, Temple made a lasting impression and unbreakable bond with those women. In 1972, Temple was faced with a life-changing obstacle. She was diagnosed with cancer. Temple told the public about her cancer as soon as she knew she had it because she wanted to relate with them. After surgeries, she reached out to women by telling her story. Through interviews and articles, she tried to urge women to check regularly for cancer (Burdick Loraine). Temple offered a kind hand to women all over the world by showing that she was one of them. Telling the public showed bravery and that she really cared. Temple didn't let anything stop her, and even when she was going through a hard time, she used it as an opportunity to help others. 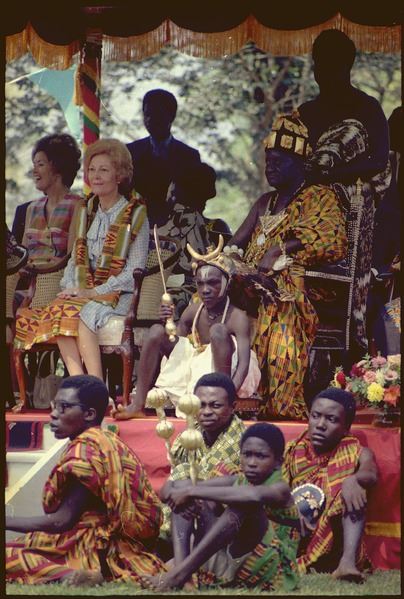 Although Shirley Temple was famous for her acting career and her accomplishments later on in her life, she possessed the true traits of a hero. She started out as a child star, grew to be a woman of power in government, and later emerged as breast cancer survivor. Temple was an example and inspiration to all while performing after the Great Depression. President Roosevelt even said, "as long as our country has Shirley Temple, we will be all right" (McCarthy, Joanne). Temple didn't stop after her singing and acting career did; she wanted to make a change, and that's just what she did. As ambassador, Temple empowered women and taught them that if you fight hard enough, you can accomplish anything. After the traumatic experience of finding out she had breast cancer, she shared it with the world and offered a friendly, relatable hand. Shirley Temple inspires many to follow their dreams and that if you work hard enough, you can make an impact on the world. She sends a message to everyone to never lose hope in anything and that you can make your life into anything you want. Shirley Temple inspires me to take risks and believe in myself, because taking the first step is half the journey. Temple's life was a never-ending battle that she fought. Shirley Temple discovered her life's purpose at a very young age, but that didn't stop her from trying something new. Even though she didn't succeed at times, Shirley Temple believed in herself and that is how she won her battle.