by J.W. from Fredericksburg

Andrew Carnegie was born in Dumferline, Scotland in 1835. His family was not very wealthy. His dad was a weaver and his mom managed a small grocery and mended shoes. After living in Scotland for the first 13 years of his life, he moved with his family to Pittsburgh, Pennsylvania, where he worked under his father in a cotton factory for $1.20 a week. After his first job, he got a second job as a messenger boy for the city's telegraph service. Working most of the day, he never had time to go to school, so he went to the library for the working young men of the time. In his job at the telegraph service, he met Thomas A. Scott, who hired him as a private secretary and personal telegrapher. In this job he made $35 a month.

When the Civil War came, Carnegie was hired as the "right-hand man" of Scott, who was the supervisor of military transportation for the North. He took the job working on the Pennsylvania Railroad. After the Civil War, there was a high demand for iron, so, with his expertise in iron, Carnegie took a job with the Keystone Bridge Project. In only about three years his annual income jumped to $50,000.

Carnegie was fascinated by the Bessemer process of making steel and invested all of his money in a new plant that would be located in Pittsburgh. When Carnegie was ready to retire, he sold the company to JP Morgan who bought the company for around $450,000,000.

After all was said and done, Carnegie ended up donating $350,000,000 to different organizations. This money was used to contribute to 2,500 libraries. He also built the "palace of peace," what is now today the World Court. He was also the first to do many things, one of which was to call for a "league of nations."

Andrew Carnegie is sometimes portrayed as a misanthropist, but he is considered a hero to me. Everyone has a few flaws like Mr. Carnegie had, but to me he is a hero because of all the things that he did and what he gave back. He could have easily turned out to be a poor person in the world like when he came to the United States, but instead, he became one of the richest people ever to live in this world.

The heart is a symbol of strength and Andrew Carnegie could have gone through life building up his wealth and power without using his heart. But he chose to use his heart, in part, because he experienced poverty at the beginning of his life. If he had not experienced the poverty of his childhood, he might not have turned out to be such a strong and humble man.

Another thing that the heart stands for is love. Carnegie showed his love when he gave back all that money ($350,695,653, to be exact) to charities, libraries and many other causes. Strength and love - he had these traits and that is why Andrew Carnegie is my hero.

The Carnegie Corporation of New York has created a Web page about Andrew Carnegie for Kids. 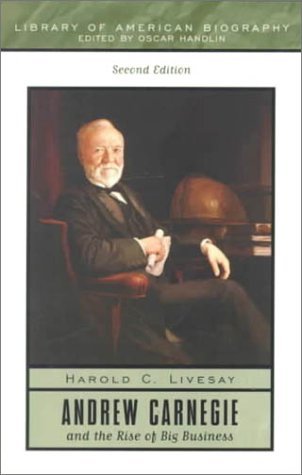