by Felix Beaulieu - 6 - from Alberta, Canada

“Folks are usually about as happy as they make their minds up to be.” 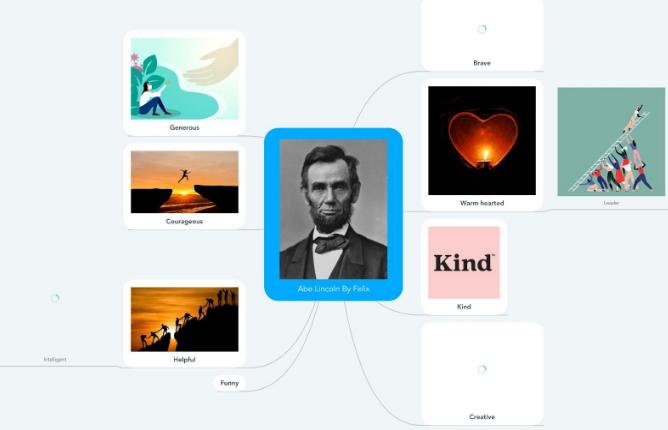 LincolnMeI chose Abe Lincoln because I thought he would be a great hero to choose for this project.Abe Lincoln: His Wit and Wisdom

is a biography book about Abe Lincoln, and how he ended certain events in history. The book that I used for this project is 33 pages long. The time of when the cover took place was April 14, 1865, and the book was written in 2015.

Before the book was published, Alan Shreoeder was thinking of making a kids book. He then thought of making a more mature subject into a kids book. Abe Lincoln was born in Kentucky, then moved to Indiana. Abe Lincoln had two siblings, Thomas Lincoln . Jr ,and Sarah Lincoln. The Lincoln family grew up in Knob Creek, his sister attended ABC school. Abe Lincoln was really into reading. He would read about any topic, including geography and astronomy. Lincoln had once read a 250 page book in one day! Abe Lincoln had many influencers growing up, including. Thomas Paine, Theodore Parker, and Henry Clay. Lincoln's dream was to become smart and attend Harvard by reading a lot of books. 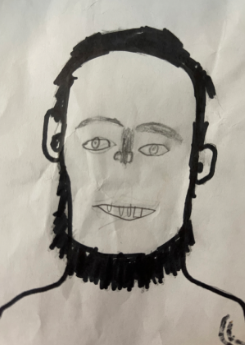 Portrait picture meLincoln had many challenges to overcome, I mean I can't even count, although that's typical for a former US president. He would have to sign the Emancipation Proclamation Which he did, but that's a different thing you will see later on. But he did more than a normal president, he took advantage in the civil war, Lincoln joined the Emancipation Proclamation on January 1, 1863, as the nation approached its third year of bloody civil war. Then Lincoln declared that the slaves must be free. Once he did he made a spot in history. Lincoln contributed most to the political struggle and civil war that preserved the Union, and created the possibility of civil and social freedom for African-Americans. You can thank Thomas Paine for the influence on Lincoln. Thomas Paine is a writer. You may not know who he is. He was born on February 9, 1737, died June 8, 1809. He was an English-American writer. Lincoln enjoyed the work of Thomas Paine's writing. Although he reads and seems like a serious guy, you're wrong. He jokes around a lot for a former President including funny quotes. Lincoln's greatest flaw came out of his strength.

Lincoln had some surprising moments in history. Lincoln had nothing that disappointed me at all. If I met him and I could ask him 3 questions I would ask, how hard it is to be a president. And how he had some famous actions in history. And how many awards he had. If I had the choice to be Lincoln's son or not. I would not be Lincoln's son just because he would be too busy to stay home. I recommend the book I'm reading Abe Lincoln and his wit and wisdom. It has everything to do with Abe Lincoln, and it's written well. You learn a lot from Abe Lincoln and his wit and wisdom. I learned that he didn't have that bad of a childhood, and had many things that would entertain him. The lesson I learned from the book is that you can do anything you put your mind to. (happend to me). Younger kids might not understand and not be interested in the book. Or may be too young to learn the subjects of the book. Abe Lincoln was a good choice to do in this project. He is easy to do and they have some jokes in the book. Lincoln is many peoples idols because the actions that took place, he would have any way to solve the problems.