by Gabriella from Chicago, Illinois in United States

Abraham Lincoln lived a fascinating life and had accomplished so many great things. However, life was unexpectedly hard for him. When he was a young child his mother passed away. As an adult he faced many challenges, he had two sons that were sick and also passed away. Even though he had a rough life, he became a great person.

Before Abe became the president of the United States, he was born on February 12th 1809. Born near Hodgenville, Kentucky, in a small dirtfloor cabin. His family was poor; he grew up swinging an ax. Abe loved to learn, he went to a “blab school”. When Abe was nine his mom became sick with sickens and passed away. That is what his childhood was like.

Abe Lincoln is most famous for being the 16th president of the United States. He did many great things for our county. He is also known as Honest Abe. He was pleasantly honest to the people, and kept his word. He was also famous for the way he died, he was murdered by John Wilkes Booth on April 14th, 1865 at the Ford Theatre in Washington D.C.

He made a big impact on society, making historical changes. He signed the first Homestead Act leading for people to have land. He took measures to abolish slavery. He also is known for the Gettysburg Address, in his speech he spoke about how freedom would come to the states for all citizens and how we would work more towards unity.

Abe Lincoln has many hero characteristics. He was a hard worker, being someone others could look up to. Abe was also a brave man; he always did what was right. Most people called him “Honest Abe” because he was so honest to the people of this country. These are the reasons I believe 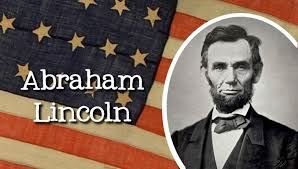 16th President www.seriousfacts.comAbraham Lincoln was the 16th President of the United States of America. He had three sons and two of them passed away. Abe had a rough life early on, but he didn’t let that stop him. He became a great person that we still talk about today. That is why I chose Abraham Lincoln as my hero