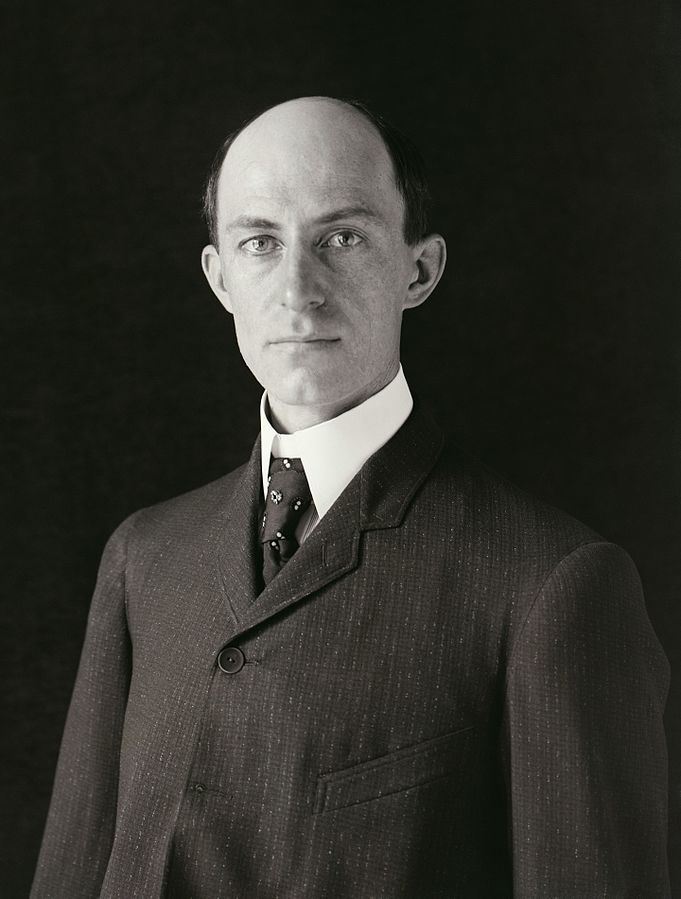 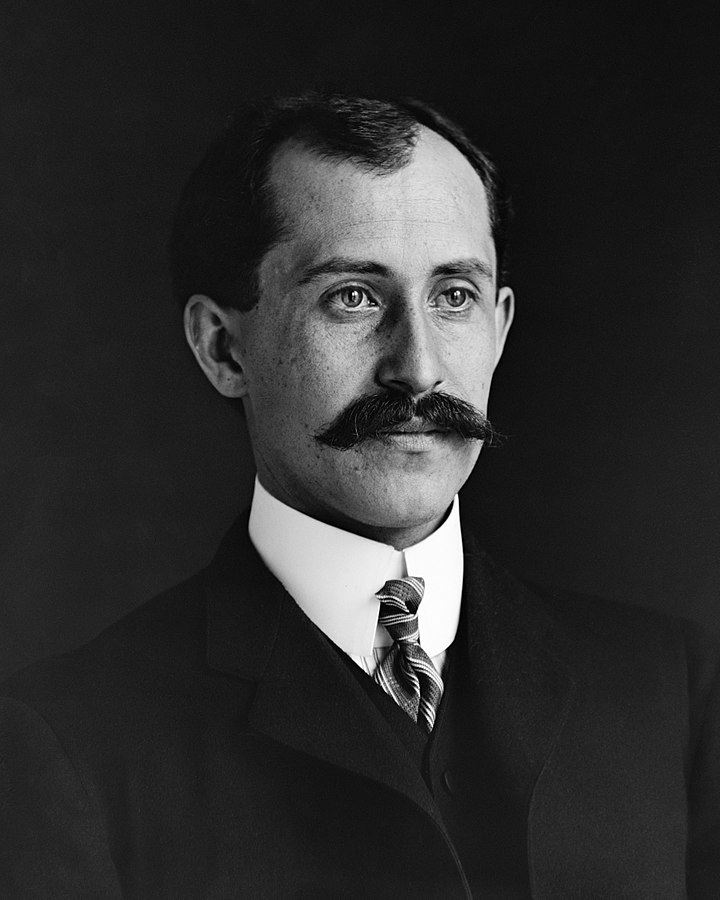 Orville WrightLibrary of Congress / Public domain via Wikimedia “If we worked on the assumption that what is accepted as true really is true, then there would be little hope for advance” (Orville Wright). In all of history, what brought about change that improved the world was the belief that something was not right—the Wright Brothers exemplified this idea. Wilbur and Orville Wright were born in Dayton, Ohio, to parents Milton and Susan Wright on April 16, 1867 and August 19, 1871, respectively. Their father, Milton Wright, valued education whilst their mother had a fervent love for appliances. The brothers inherited both parents’ traits; however, they were stark opposites. Wilbur was the more rational and diligent of the two. In contrast, Orville was more imaginative and passionate. In 1878, Milton brought a toy helicopter home. The item soon piqued the Wrights’ interests and became the catalyst for who they would become. The Wright Brothers became historic inventors who overcame struggles to achieve accomplishments that greatly impacted the modern world; therefore, their story inspires us to take risks and venture into the unknown.

On their venture to build a functioning aircraft, the Wright Brothers faced many challenges. From 1900 to 1905, they built and tested many gliders to gather information to find the ideal measurements of the aircraft. However, almost all of the tests they conducted failed. As Wilbur put it, “We considered our experiments a failure. At this time I made the prediction that people would sometime fly, but that it would not be within our lifetime” (The Wright Brothers: The Biggest Glider Yet). They were attempting something never done before; thus it seemed impossible. Failed experiments were a challenge because it caused the Wrights to lose hope. In addition, after gathering the measurements of what a successful airplane would have, the Wright Brothers needed to find a propulsion system. They contacted multiple manufacturing firms, but none agreed. The requirements the Wrights set were strange for the time period, so the companies would not build an engine for a reasonable price (The Wright Brothers: The Biggest Glider Yet). To combat the lack of an engine, the Wrights decided to build their own engine. Although the engine they built was crude, it worked. Even after their success, they faced struggles. The Wright Brothers did not actively seek the public’s attention when they achieved true flight. Due to this lack of attention, in 1908, many aviators began to claim the Wrights’ accomplishments as theirs (The Wright Brothers: The Biggest Glider Yet). Despite spending years working on flight, the Wrights were not gaining the recognition they deserved. Having others claim their accomplishments as theirs was a challenge because what they spent time and effort on was being recognized as someone else’s feat. It was only after they chose to publicly demonstrate their flight skills that they were recognized. Although the Wright Brothers faced many challenges, they pushed through everything in their path and eventually found success. 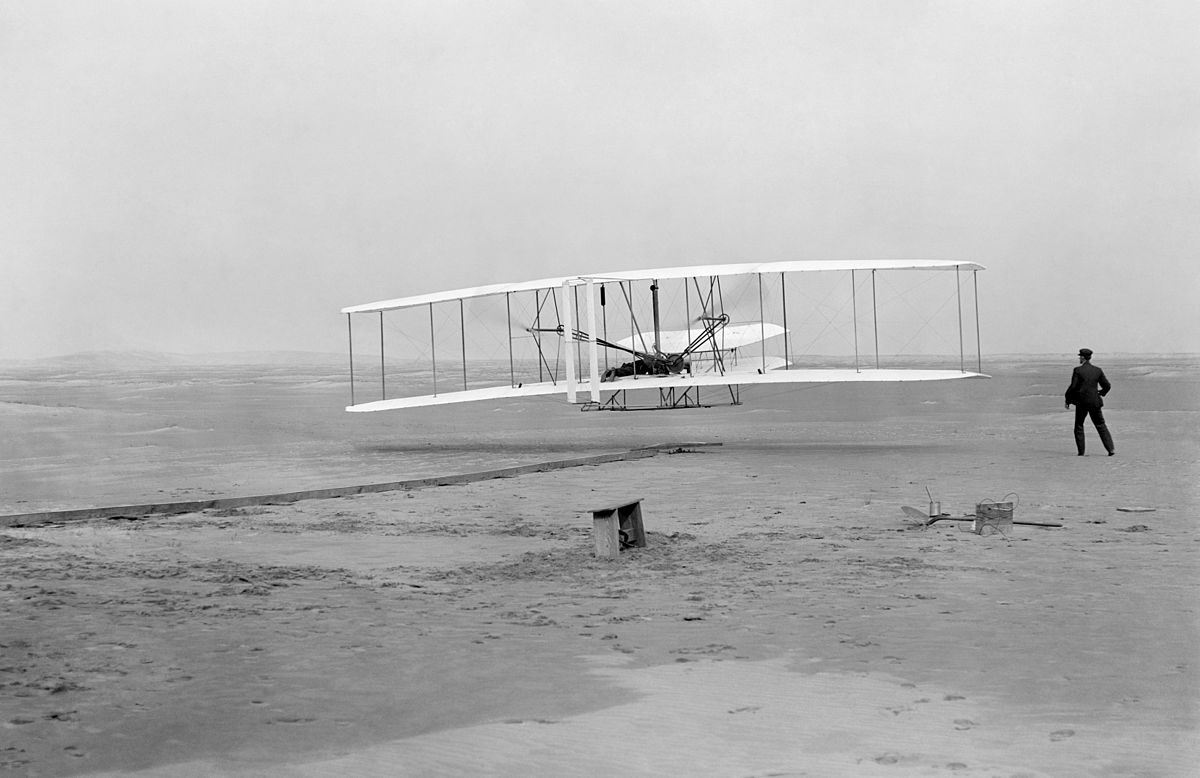 Orville in the first flightJohn T. Daniels / Public domain via Wikimedia Throughout their lives, the Wrights accomplished multiple significant achievements. For example, the Wrights figured out a core concept of flight: “After watching two birds in flight in 1899, [the Wrights] concluded the pilot had to be able to control every movement of the vehicle under wind power, thus being able to move horizontally, vertically, and left to right” (“The Wright Brothers”). Past aviators failed because they did not understand that flight required being able to move in all directions. Realizing that a pilot needs full control of their aircraft is an achievement because no one had been able to understand that concept before. In addition, while pondering how to build a base control system, the Wrights came up with and developed the idea of wing warping: “The Wrights realized that if the wing on one side of the aircraft met the oncoming flow of air at a greater angle than the opposite wing, it would generate more lift on that side. In response, that wing would rise, causing the aircraft to bank. If the pilot could manipulate the wings in this way, he could maintain balance and turn the aircraft as well” (The Wright Brothers: The Biggest Glider Yet). Wing warping is what ensured their success because they understood how to use wind efficiently rather than being at the mercy of the wind. Wing warping, along with having full control of an aircraft, led the Wrights to solve a problem past aviators had. Three-axis control: how to control roll, pitch, and yaw. Although the Wrights accomplished many feats, their greatest achievement was true flight. Orville made his first flight on December 17, 1903, at Kitty Hawk: “Orville’s first flight went about one hundred feet — less than the distance from home plate to second base — and the skies had been conquered” (Wright Brothers Teacher's Guide). Despite how short it was, it was undeniably flight. Achieving flight is an accomplishment because the Wrights became the first in the world to ever fly. By trying their hand at something never done before, the Wrights accomplished many achievements and were recognized as the pioneers of flight. 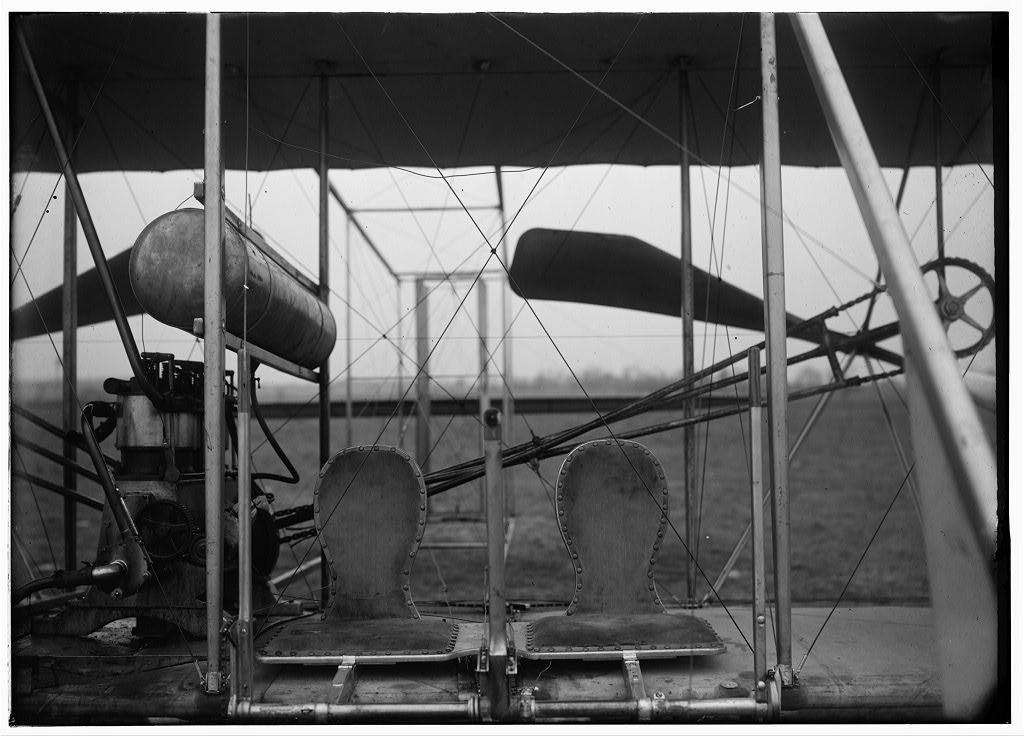 The Wrights' aircraftLibrary of Congress / Public domain via Wikimedia Many of the Wrights’ accomplishments have had a lasting impact on the modern world. The Wrights, in their process of building an airplane, created many concepts that are used in the modern world. The engine the Wrights built used aluminum (The Wright Brothers: The Biggest Glider Yet). Aluminum, in the modern age, is used in aircraft construction mainly due to how light the material is. Had the Wright Brothers not decided to use aluminum, modern aircraft would be weighed down, thus raising mortality rates. After building their engine, the Wrights built propellers for their plane. The propellers had to be able to work accordingly with the engine to generate enough lift to fly: “The Wrights decided to use two, slow-turning, large propellers, because this arrangement offered great efficiency, and the propellers could be spun in opposite directions to neutralize the gyroscopic effects of the whirling blades” (The Wright Brothers: The Biggest Glider Yet). Much of modern-day light aircraft still use the Wrights’ concept. Their idea has been further developed to fit modern airplanes, but their idea was the base. Following the engine and propeller system, the Wrights made their big achievement: flight. By achieving flight, humans gained access to airspace: “Travel times have been greatly reduced, places that were once unreachable by boat or horse, were now within reach, wars could now be fought in the air, medical supplies, food and other necessities can be delivered quickly, and the U.S. mail system became that much faster” (“The Wright Brothers”). The sky is vast, and humans now could do what they wished in it. What was previously thought of as restricted was now available to humans. The possibilities were endless. Through their multitude of concepts and inventions, the Wrights affected the modern world.

The Wright Brothers’ story teaches many ideas. They teach us to overcome difficulties and push through hardships. They teach us to utilize our ingenuity to achieve new heights. They teach us that our actions can bring about a wave of change. The Wrights are heroes because their story inspires us to try something new and venture into the unknown because it may end in great success.

Wright Brothers: How They Invented the Airplane
Russell Freedman