After a Kidnapping - Elizabeth Smart

by Camilia from San Diego, California in United States

"When you are faced with a trial, don't give up, don't surrender. Move forwards, because you'll never know the lives you'll be able to touch." -Elizabeth Smart

Elizabeth Smart at age 14 - the age when kidnappedthesun.coA strange man is standing close with a knife. It’s the middle of the night so running, screaming, or hiding is not an option. This is how the kidnapping of Elizabeth Smart began. Elizabeth Smart was 14 when she was taken in the middle of the night from her bedroom. The man who kidnapped her, Brian David Mitchell, and his wife, Wanda Barzee, took her hostage in the woods for 9 months. Drugs, rape, alcohol, and wearing disguises were a huge part of her seemingly endless life with them. Mitchell made Smart his other wife, proceeding to rape her every day as well as force her to drink alcohol and do drugs. Nine months after Elizabeth had gone missing, they all went to a supermarket to steal food to eat, she was disguised in a wig and glasses but still managed to be spotted. Within a few hours, she returned home forever. To be a hero, having determination and courage are key traits. Smart knew she wanted to make a difference by helping kids who have to go through similar situations that she did. Elizabeth Smart portrays bravery and resilience that led her to being an influential hero. 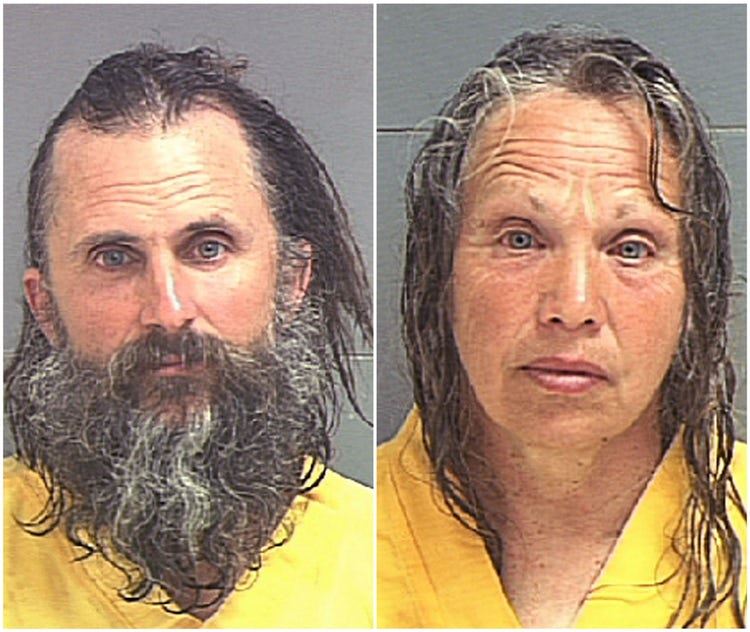 Kidnappers: Brian David Mitchell (left) and Wanda Barzee (right)intouchweekly.comSmart’s bravery during her kidnapping influenced herself and many others. It taught her and everyone around her about how strong one really can be and how much power they have if they bring out their bravery. “In 2002, 14-year-old Elizabeth Smart awoke in the middle of the night to find a strange, slightly familiar man standing at her bedside. With a knife to her neck, he ordered her to get out of bed and put on sneakers. Then, he ushered her out of the house. She did not make a sound for fear that he would kill her sister and her parents” (“Elizabeth Smart”). Smart’s bravery was shown the night she got kidnapped when she did not scream, fight, or run. Her thoughts kept to herself because she knew her actions would have bad consequences. Screaming and fighting could have gotten her family and herself killed that night, but there was also a chance that nothing would happen. She still chose the safest and bravest route, sacrificing her own life for her family. If someone was woken up at the middle of the night at knifepoint, they would most likely freak out, but Smart gathered everything inside of her to go through with the man who was taking her in order to save her family from getting hurt. On the Elizabeth Smart Foundation website, she expresses, “...to create something that would help shed a light on the brave work done in fighting crimes against children. To provide a place of hope, action, education, safety and prevention for children and their families wherever they may be, who may find themselves in similar situations as the Smarts, or who want to help others to avoid, recover, and ultimately thrive after they have been traumatized, violated, or hurt in any way” (“Elizabeth Smart Foundation”). Smart told her story in detail and dealt well with the publicity being thrown at her, all because she hoped her story could make a difference. All she wanted was for kids all around the United States to look up to her bravery in her story and eventually got impacted and brought out their own bravery. If Smart did not chose to share her story, many would assume that she was there for so long because she was scared. However, her sharing her story with the public showed people that bravery can go a long way, and she really made an inspiring impact. Smart’s story spread bravery to people around the world, making it a key component in people’s lives.

Smart speaking for foundations and organizationsthewomenseye.com

In a situation like Smart’s, being resilient had to come into play. Kidnapping and captivity is a serious matter, and usually doesn't end well. For Smart however, it was not typical. “The one factor in Elizabeth Smart's ordeal that outweighs all others was that the fifteen-year-old was found alive. Most children who are kidnapped are never found alive again. Many of them end up the victims of their kidnappers and are raped, tortured, and murdered. "Elizabeth Smart beat the odds," Morse reported. "Police say the longer a child is missing, the smaller the chance she'll be found alive” (“Elizabeth Smart Found”). Usually, when one gets kidnapped, they won’t ever come back. The odds of coming back alive are slim, yet Smart is one of the few people who was lucky enough to get that slim chance even when she was physically and mentally abused every day. This is truly influential in society because when children see a young girl come out of a kidnapping alive and well, it builds courage for the ones who hear about it. Smart expressed to the public that she strived through this difficult time because she was determined to get out. She was resilient because she overcame her fear and was extremely hopeful that it would be over at some point. People look up to this in a way that anyone can find the perseverance to overcome these situations, or any situation in that matter. Smart has showed that persevering through hard situations can lead to beautiful things. “Smart attended Brigham Young University in Utah and traveled to Paris in 2010 on a Mormon mission. She is active in the Elizabeth Smart Foundation, the Resisting Aggression Defensively (RAD) Kids program, and the Internet Crimes against Children Task Force. In the past, she has also traveled to Washington, DC, to lobby for funding for organizations that support children's rights issues” (“Elizabeth Smart”). Smart went to college, took part in many organizations, and even made her own foundation. The idea of her roaming around the world and going to college and speaking/being a part of organizations is really an eye opener. Many look up to the way that Smart was able to come back from the horrible kidnapping she went through and make something out of her story. She persevered through it and now she is higher than she ever thought she would’ve been during those nine months. Her speeches and her foundation spread the message that life after whatever your going through is worth it. People followed her steps and brought out the bravery and strength in themselves to be able to finish the challenges they faced and move on to something bigger and brighter. Persevering through tough times is never easy, but in the end it will have its value.

Smart's rescue was shown on television and all over the newsjournalistate.comElizabeth Smart’s bravery and resilience played a tremendous role to help her be where she is today and is what made her an influential hero. There’s no real way to teach someone how to be brave or to get through a tough time; it is something that one has to bring out of themselves. Smart was taken from her own bedroom and held captive for nine months, being pressured into things that she never thought she would do. The only reason she got through her kidnapping was because she was brave enough to stay who she truly was and do what she had to do to eventually be at home again. She used what she learned and what she brought out of herself for school and for inspiration after she returned home. The speeches and organizations she was a part of changed people’s lives and taught others that they are capable of becoming as strong as she became. Smart talked to children and people at organizations, putting it in their head that they can be anyone they need or want to be. If one winds up in a situation like hers, Smart made them believe they can bring out the best in them to fight. She can be anyone’s hero, as long as they listened to her story. Listening to what she went through is what makes people change for the better, and is how she is known to be heroic. Her words even helped children avoid getting into situations like hers, saving them. Lives were touched and changed because of Elizabeth Smart. It’s hard to bring out traits that no one thinks they’re strong enough to have. It’s even harder to share the difficulties you had to face to find those traits. This is what Elizabeth Smart did. If her 14-year-old self was strong enough to share her story and was able to bring out the fight in her, anyone else can too. She will make sure of it.

Peraino, Kevin. "Holding On to Hope: Police grill a drifter for clues in a vexing kidnap case."

Elizabeth Smart Foundation - Foundation created by Smart
Biography - More info. on Smart's life and situation
Her captivity - The experience she felt
What happened - How she was kidnapped, and what happened during the time