After Rwandan genocide, Hutu and Tutsi women unite behind the drum 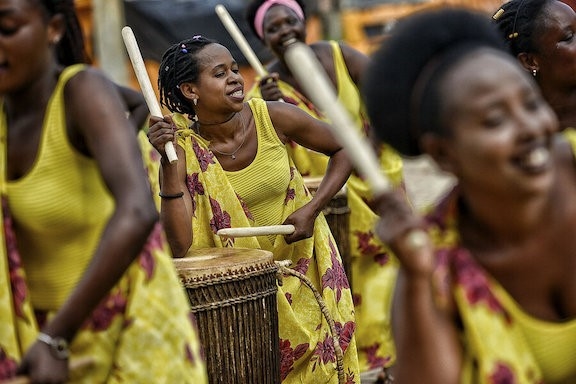 Members of Rwanda’s first all-female percussion group, Ingoma Nshya, pour their hearts into their drumming. The group was started in 2004 to bring Hutu and Tutsi women together in a safe space after the 1994 genocide. Christine Musabyemariya (center) enjoys herself during a rehearsal.Oscar Espinosa

The women, chatting back and forth, carry heavy drums and handfuls of drumsticks out into the courtyard. Without a word, they stand in front of their instruments. Suddenly, the drumming explodes with such joy that it’s impossible not to be carried away by the intensity.

We’ve come to take in a rehearsal of Rwanda’s first all-female percussion group, Ingoma Nshya. The sound of the drums is interwoven with a choreography that involves songs, dances, jumps, and shouts.

Founded by Odile Gakire Katese in 2004, the project arose to heal divisions after the 1994 genocide, which left around 800,000 people dead. Ingoma Nshya provides a framework for Hutu and Tutsi women to come together in the spirit of sisterhood and reconciliation.

“I was very alone after losing my family, and joining the group brought me happiness again,” says Agnès Mukakarisa, whose husband and children died in the genocide. “I’ve even been able to travel around Rwanda with the group and go to Senegal for the first time.” 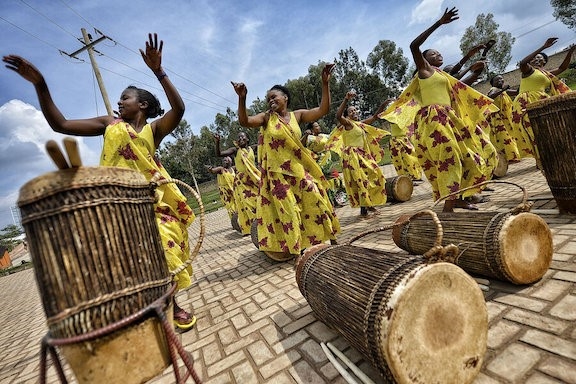 Oscar EspinosaDance is an essential part of the performances.

Members of Ingoma Nshya also had to overcome cultural stereotypes: Traditionally, drums have been the exclusive preserve of men. 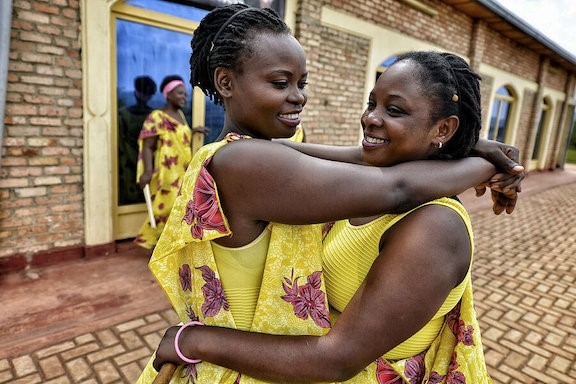 Clémentine Uwintije and Marie Noella Uwizerwa share a hug. The group has become a family to its members.Oscar Espinosa

“The group is an example for other women,” says Marie Louise Ingabire, a member for 11 years. “After the genocide many men died and women had to step up to rebuild the country. ... Ingoma Nshya demonstrates the power that women have,” she says. 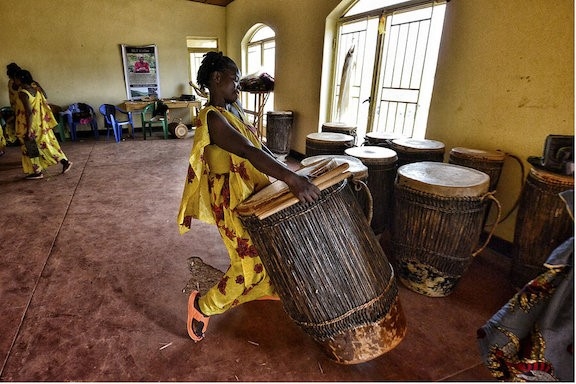 Oscar EspinosaClémentine Uwintije hauls out a drum. Traditionally, only men were allowed to play. Related stories

While memories of the violence persist, the women have found an outlet. Olive Ngorore speaks for many of them: “When I have problems, or when I have a thousand things in my head, I start playing the drums and everything disappears.”