by Cody Frederick from San Diego, California in United States

We live our daily lives surrounded by AI, but we often forget who first explored the world of artificial intelligence. Our current day AI and technology was first visualized by a young mathematician named Alan Turing, a British mathematician and technology enthusiast. He graduated from Princeton University and moved from college directly into robotics and other science-based work. A hero must be curious and work to aid those around them. Turing possessed the curiosity to explore the world of robotics, and the dedication to assist military groups and colleges, inspiring others nowadays to share their theories and ideas, no matter how crazy they may seem. 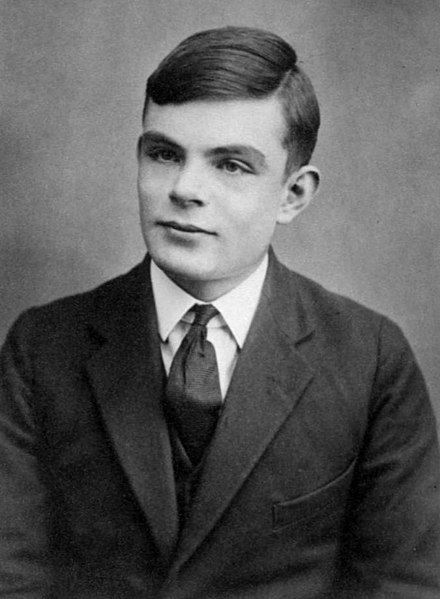 https://upload.wikimedia.org/wikipedia/commons/a/a1/Alan_Turing_Aged_16.jpgSee page for author [Public domain]Turing worked with military groups and schools daily, showing his dedication to the safety and advancement of London and its people. When the opportunity arose for Alan Turing to fight back to protect his people, he accepted enthusiastically. “The Government Code and Cypher School (GCCS) asked Turing to use his mathematical skills to help decipher the codes used by the Germans” (Crepeau). Alan Turing gave time and effort to protect citizens of London he’d never met or seen, but still cared about. His contribution to the field of science and math allowed the British military to gain the upper hand when it came to German codes. Turing began to expand his line of work into military services once WW2 started. “For his work during the war, Turing received the Order of the British Empire (O.B.E.), a high honor not often given to someone not in military combat” (“Alan Turing”. Math and Mathematicians).  Turing’s previous extensive education and successful experiments and theories made him a valuable person to have working for the military. The British government felt that he played a big role in the war against the Nazis, and he was highly valued by them. He bravely stepped up to help, not just to protect himself, but to protect and teach others.

His curiosity about how computers and machines worked, and if they could work beyond how people originally envisioned, allowed him to discover great things. Never slowing his journey of discovery, Turing began to look into new forms of science. “During the final years of his life, Turing was working on what is now known as artificial life” (Crepeau). Alan Turing paved the road for something many of us can't live without. To the modern world of tech users, he’s a hero. Though he did valuable work for the development of modern technology, he also spent a major part of his life working on his theories. “...of more enduring significance were his theoretical contributions to automata theory and artificial intelligence” (Alex Mathiason Turing). Turing explored theories and forms of mathematics that many others didn't look into. He allowed others to understand how a machine could think, and how to determine it’s ‘sentience’. His major advancements in technology allowed us to ‘speak’ with computers, and test or create artificial minds for machines. 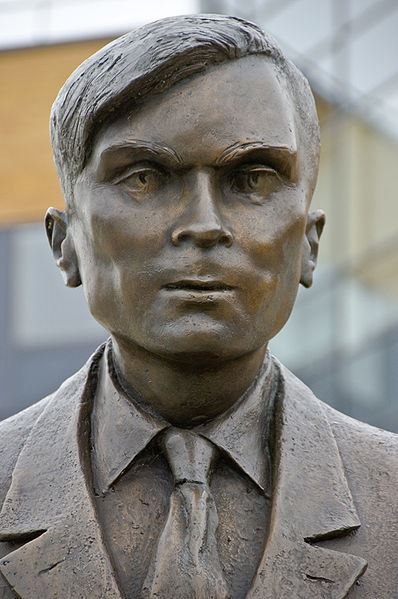 https://upload.wikimedia.org/wikipedia/commons/7/76/Turing_statue_Surrey.jpgFernrohr [Public domain]Turing gave people in his present and the future the opportunity to experience the technology he thought up, even though his ideas were completely foreign at the time. His will to explore technology nobody else thought of and his drive to help those around him made him an honorable man. He was a thoughtful and creative role model, and was a strong and successful member of the LGBT community as well, giving those who are LGBT a great man to look up to. By proving that an idea can work no matter how ambitious, so long as you spend the time and effort needed, Turing empowered a new generation of youth.

"Alan Turing." Math & Mathematicians: The History of Math Discoveries Around the World, edited by