by Keegan Goodwin from United States

Alan Turing was a true hero. He was true to himself, was hardworking, had a huge, positive impact on the world, and saved thousands of lives. He did this all while under the face of government oppression for being gay. He is a true role model for LGBT people and anybody in the computer science field. He should be remembered for the true hero that he was.

While I’m sure a lot of you have heard of the movie/book The Imitation Game, but you probably haven’t heard the full story. Turing is an extremely influential mathematician in the computer science field, sometimes even called the ‘father of computing.’ That isn’t what he's most known for, however. His most well known accomplishment is helping to break the German enigma, the machine the Nazis used to encrypt their sensitive communication. To break the code, he made a machine that he called ‘bombe’ to calculate and help decipher the encrypted signals. Contrary to popular belief, this machine was largely unrelated to his own research into digital computers and was a simple analog machine designed for one task and one task only. This was unlike the multipurpose digital machine he designed, which had a huge influence on modern computing. Breaking this code allowed for them to intercept all of their sensitive information, allowing the Allies to know where they were going to strike next. His worked saved thousands of lives and may have sped up the German defeat by years.

While all of that may seem impressive, he made an even bigger impact in computing. At age 24, he published a paper called “On Computable Numbers.” This paper theorized a universal machine that is able to solve any problem given enough time. This machine used used a binary based system, allowing you to write programs for it to complete. If this sounds familiar, you are not alone. This machine was effectively the basis of all modern computers, and was the first digital computer. Unlike analog computers, digital computers used a binary system of 1’s and 0’s. Analog computers do not store information in binary, and are closer to complex, single use machines than anything else.

That is not all he contributed to the field, however. Much of his work is still extremely relevant today, mainly in the field of artificial intelligence. A few years before his death he wrote a paper titled “Computing machinery and intelligence,” where he theorized a computer so powerful it could think. He even created a test to figure out whether a computer was truly intelligent or not, which is now called the Turing Test. This idea was so ahead of its time that we are just starting to experiment with the idea of Artificial intelligence, and AI could possibly have a bigger impact on us than computers did. Turing was undoubtedly an extremely influential and smart person, and went on to inspire thousands of people.

In my opinion, for someone to be a hero the most important thing is not them being smart, brave, courageous, or anything else. What truly makes you a hero is inspiring people. While he may not have been doing this to be a hero and didn’t really even consider himself one, that doesn’t stop him from being a hero to thousands of people. He is one of the most important LGBT people in recent history, he basically invented modern computing, and he saved thousands, even millions of lives with his work. If he isn’t a hero, I don’t know if anyone is. 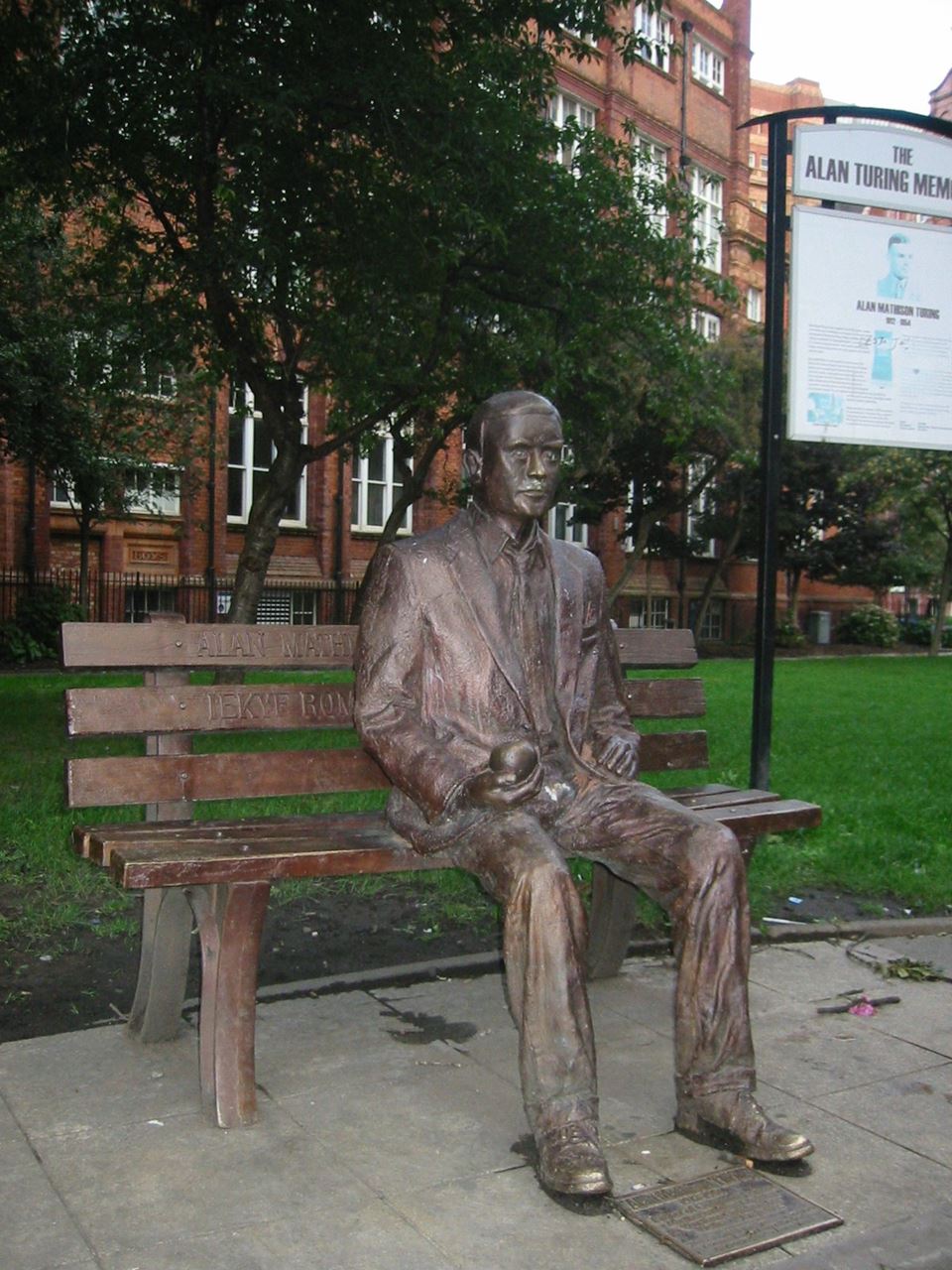 Alan Turing memorial statue in Sackville Park, ManchesterWikimedia Commons    Another important fact that is key to understanding his life is that fact that he was gay. Not only that, but this was eventually discovered by the British government and he was forced to go on hormone therapy (effectively castration) that eventually drove him to suicide. He died on June 7, 1954 at the young age of 41. Even after doing all he did for the world, that was how he was treated. He is a role model for many LGBT people and is an example of how horribly LGBT people have been treated throughout history.

Throughout this Turing was always true to himself. He never wanted to be a hero or a martyr, not showing his suffering or standing for a cause. In my opinion this is what makes him truly a hero. He worked tirelessly breaking the German codes, published some of the most important mathematical concepts in recent history, and didn’t even claim any fame. He is often left out of the history books and until recently not much was even known about him. He is one of the few people that you can truly say changed the world. Without him, who knows what the modern world would look like. Even if someone had a similar impact on the world, it would probably be different enough to make modern technology very different. Without him World War 2 probably would have lasted significantly longer, taking thousands more lives. For all this he got so badly treated he was driven to suicide.

Overall, Alan Turing was a true hero. He was a hard worker, was true to himself, was incredibly smart, and saved thousands of lives. He is a true symbol of inspiration and history to the LGBT community and shows the worst of how LGBT people were treated. For all his work he got very little reward, not being very well known for his time and even today. He practically invented the computer, yet despite that, he was ostracized and driven to suicide. Alan Turing has done an incredible amount of good for the world, and I hope he inspires others to do the same.