by Nicole Nguyen from San Diego, California in United States 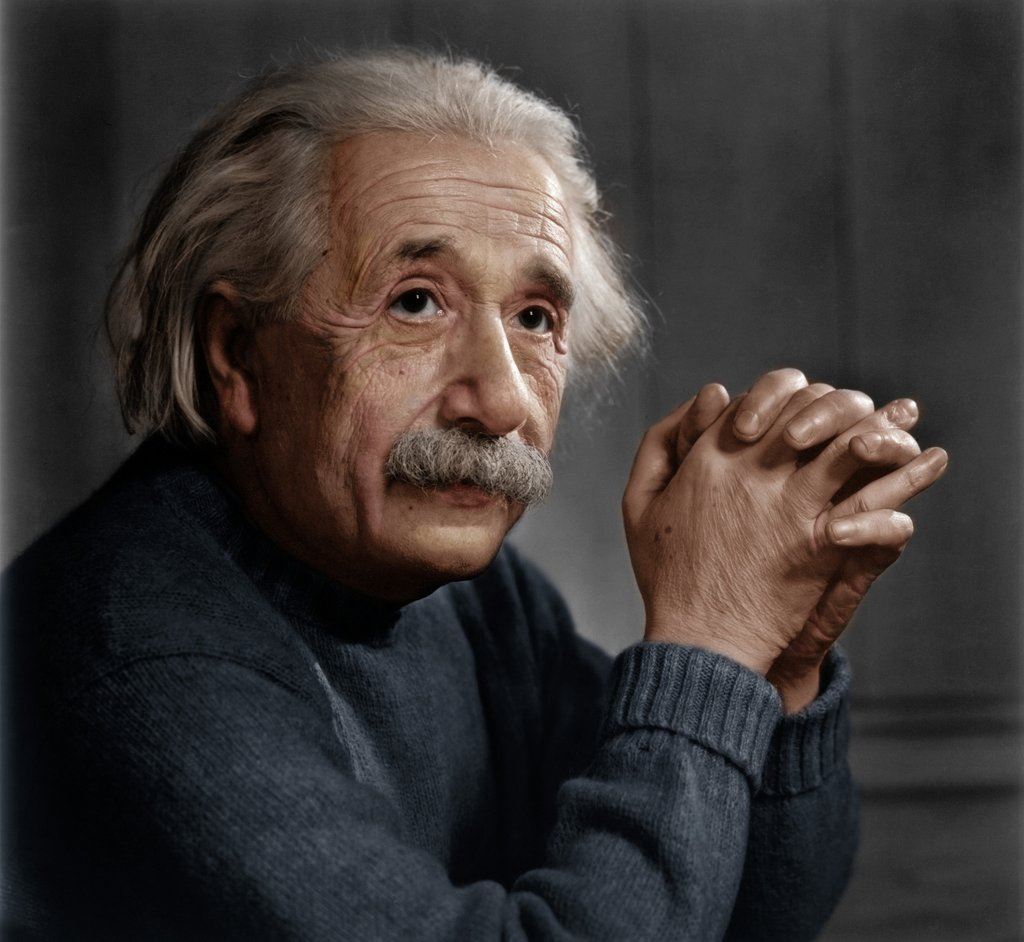 Albert Einsteinhttps://monoset.com/blogs/journal/a-letter-from-albert-einstein-to-his-daughter-on-the-universal-force-of-love“Sing in me, Muse, and through me tell the story of that man skilled in all ways of contending, the wanderer, harried for years on end, after he plundered the stronghold on the proud height of Troy,” (Homer 895). This quote from the invocation describes Odysseus when he used his intelligence and strength to overcome the obstacles he faced in his journey to help Troy. Homer’s quote demonstrates how Odysseus is considered an epic hero through his quests that portrays his intelligence, strength, and integrity. Through his story, one can see that individuals don't need god-like features in order to be a hero, which breaks the stereotype that all heroes need powers to conquer their enemies. From the passage, one can perceive that it is important to recognize the significance of heroes in the world, where they inspire people because of their character. Heroism is selflessness, sacrifice, integrity, and can be found in everyday life: when a person picks up trash, includes someone in a conversation, helps somebody with their homework, or parents who work their hardest to give their kids a good life. Sometimes, people are given a chance to be a hero. For example, when people volunteer their time and money for charities, they have the opportunity to be heroes and support other people in need. This makes a positive impact on their community and might inspire people to do the same. By setting a positive example, individuals can also influence others to have a better mindset. Like Rachel’s Challenge, people can start a chain reaction that will influence others to become the protagonist instead of the antagonist in their story. To be a hero does not require fame, or wealth, but requires compassion, intelligence, integrity, and determination that sets them apart from everybody else. 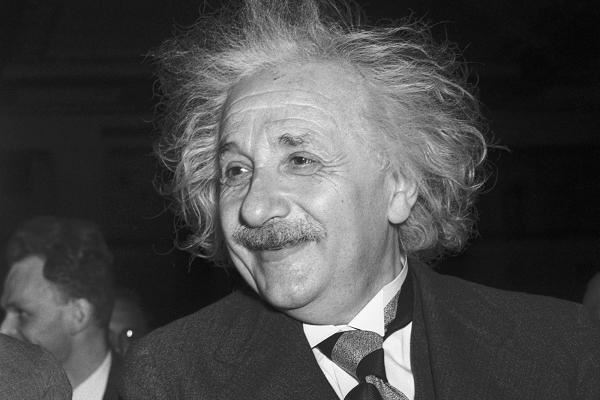 Having these qualities is what defines a hero and determines the positive impacts he/she has on the world. March 14, 1879, one of the greatest minds to ever walk the planet was born in Ulm, Germany: Albert Einstein. He grew up with an interest in nature and science. His struggles in school is what made his teachers label him as lazy and unintelligent. Contrary to popular belief, Einstein never failed math, rather he did not appreciate the way classes were taught which doesn't endear him to his professors. He failed the entrance exams for university but persisted. Later, he was admitted and obtained a PhD. His works challenging Newtonian mechanics were groundbreaking. In his later years, Einstein and his work were instrumental to the discovery of nuclear fission. To his dismay during World War II, the United States used two nuclear bombs to force the end of the war. Believing the existential threat that nuclear weapons posed to the world, he spoke out against their use. A hero must have the courage to stick to one’s principles and continue on in the face of pressure and obstacles. Through his inventions and contributions to the world, Albert Einstein inspires those with disabilities that nothing is impossible if you still have the perseverance to accomplish your dreams and goals, despite the obstacles you may face. Albert Einstein is not a hero because of his fame, but because of his integrity and perseverance, which gives him the ability to overcome challenges, stay true to himself, and honor his principles. 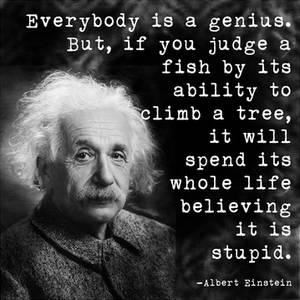 One of Albert Einstein's quoteshttps://www.allposters.com/-st/Albert-Einstein-Quotes-Posters_c157893_.htmDespite the challenges Albert Einstein has to overcome, his perseverance in learning makes the world a better place to live in. At a young age, Einstein had a hard time to read and write: “He was not a child prodigy; in fact, he was unable to speak fluently at age 9,” (Encyclopedia of World Biography). Einstein overcomes obstacles to express his intelligence. He was not perceived to be very bright, however, he becomes very knowledgeable because of his determination to learn other subjects, including physics, which is one of his passions. People like Einstein don't need to be born with superstar qualities, but can have those qualities by perseverance. Despite his disability, Albert Einstein perseveres in his education because of his desire to be one of the best academics in Germany. Albert Einstein uses his intelligence to develop the field of quantum mechanics, which allows inventions like television to become a reality. During his life in school as well, teachers and professors gave up on Einstein and didn't believe his abilities in physics: “His professors did not think highly of him and would not recommend him for a position at the university,” (Funk & Wagnalls New World Encyclopedia). Instead of letting his doubters get in the way of his success, he still perseveres to learn at colleges. He went out of his way to prove to professors that he is a worthy candidate for a place in their university. Einstein felt a grudge towards his professors and wanted to prove them wrong. He uses the chip on his shoulder of being initially denied a spot to fuel his work, and serves as an example of how despite a poor academic reputation, one can overcome it with hard work and determination. Einstein’s success is a model for other young people struggling with intellectual disabilities. Albert Einstein’s challenges he overcomes shapes his ability to understand hard concepts and strive to create new theories and inventions. 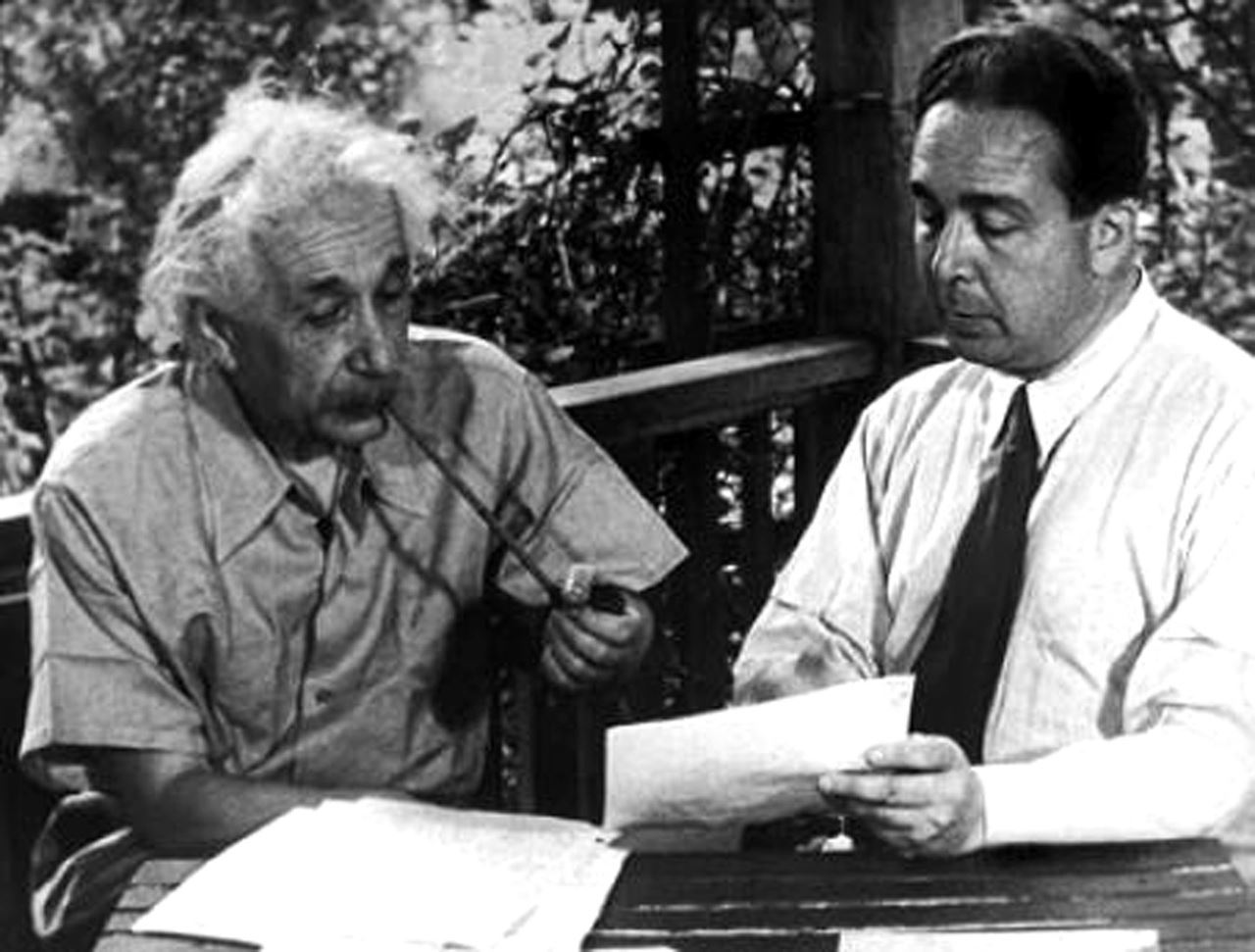 Albert Einstein and Leo Szilard working on the letter to warn America about the German threat. This led to the creation of the Manhattan Project.https://www.atomicheritage.org/history/einstein-szilard-letter-1939Albert Einstein displays his integrity through his navigation of sticky ethical quandaries. During World War II, Albert Einstein demonstrates his intelligence by creating the atomic bomb for the US  to help America end the war with the Axis Powers to: “Had I known that the Germans would not have succeeded in producing an atomic bomb, I would not have lifted a finger,” (Butcher). Albert Einstein feels conflicted about his role in the Manhattan Project, the secret US government plan to build the first atomic weapon, and is aware of the potential for all-out destruction in a world with multiple nuclear powers. This is because of how his principles stop him from making something that would intend to hurt and not help others. However, as a German Jew, Einstein is devastated because of the atrocities the Third Reich commits and feels the profound need to protect the rest of the world from the Nazi regime. If Albert Einstein knew that the atomic bomb would hurt many people, he wouldn't have made the bomb. His strong principles and sense of right and wrong guides him through these difficult situations. His ability to help another country instead of his own, represents him as a person with honor. He could have just as easily taken his expertise to the Soviets who would have paid him a tremendous amount, but maybe would not have been as prudent about using weapons. Because of this, many scientists now learn from his experiences to have the same integrity that Einstein portrays. When working on the project, he realizes that the hydrogen bomb will take almost everybody's lives on earth, and no longer helps make the bomb: “Because the hydrogen bomb would give the United States the power to extinguish life on Earth, Einstein rejects its construction as folly,” (Rose). Einstein supports global stability (which he believes the arms race of the Cold War are opposed to) because he feels that the atomic bomb will create destruction instead of conservation. He exemplifies a person of honor and integrity because he knew what he did was wrong in helping create an artificial apocalypse, so he stands up for his moral values and decides to not help make the bomb anymore. Einstein is a hero because he stays true to his beliefs and strives to help everyone else instead of benefitting himself. 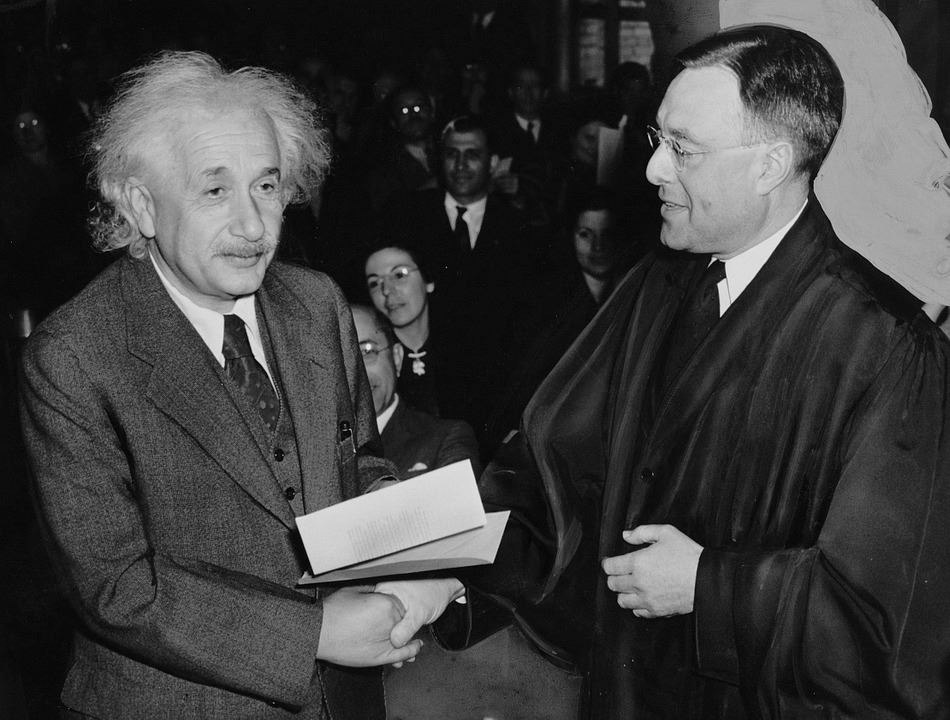 Albert Einstein receiving his Nobel Prize for theoretical physics.https://pixabay.com/en/albert-einstein-scientists-physicist-62931/Albert Einstein is a hero because he serves as an example of perseverance in the face of adversity, and despite popular opinion, stood for his principles. Albert Einstein inspires many people because he was capable of conquering his obstacles, still having the integrity in the creation of his inventions, such as the atomic bomb. Regardless of his disability, he continues to persevere in order to accomplish his goals as a physicist, and help people make the world a better place to live in. Einstein’s unintentional goal is to emphasize that even children who have disabilities can make a vast impact in the future. He demonstrates the idea that if one is on the verge of quitting, they should still have hope. Albert Einstein once said, “I think and think for months and years. Ninety-nine times, the conclusion is false. The hundredth time I am right,”(Einstein). This inspires many people because of Einstein’s challenge of not being able to read. Because of this, he is relatable to those who share the same experiences, which makes others want to follow his path and have hope for a positive future. Like Odysseus, Albert Einstein breaks the hero stereotype because he doesn't need fame in order to become a hero, and uses his integrity character to pursue his dreams and help others, while having the principles that make him moral.

Homer. “The Wanderings of Odysseus from The Odyssey.” Edited by Robert Fitzgerald, Unit 6 : The Classic Tradition : Part 1: The Odyssey, 1995, www.classzone.com/books/language_of_lit_gr09/page_build.cfm?content=overview_p1_u6&u=6.