by Kaitlyn Johnson from United States 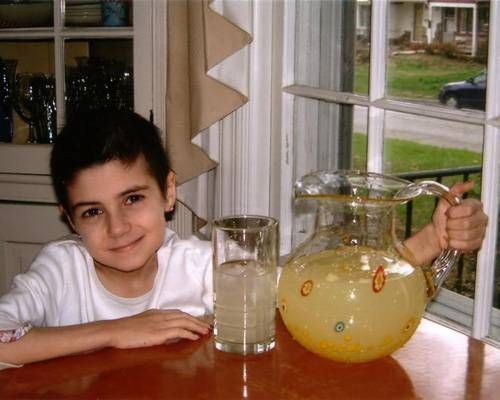 Alexandra Scott https://media.mnn.com/assets/images/2011/08/lemonade_kids.jpg.638x0_q80_crop-smart.jpgPretend that you're only almost one year old, and you have just been diagnosed with Neuroblastoma (a type of childhood cancer). How hard would that be? Now imagine how many surgeries you would have to go through. Now think about how you might not even beat the cancer after all of those surgeries. Alexandra Scott had Neuroblastoma and decided to raise money for other kids that have any type of childhood cancer. Alexandra Scott was inspired by different things to help other kids, while she struggled with cancer in her short life. She also achieved lots of wonderful and amazing things in her life. Alexandra was a hero because of her great personality traits.

There were multiple things that inspired Alexandra and helped her to do so many wonderful things. She had loving parents who helped her along the way of raising money. She was diagnosed with cancer so that inspired her to raise money and help other kids who have cancer like she does. She was inspired by her fight with cancer to help other kids who are going through what she is going through. 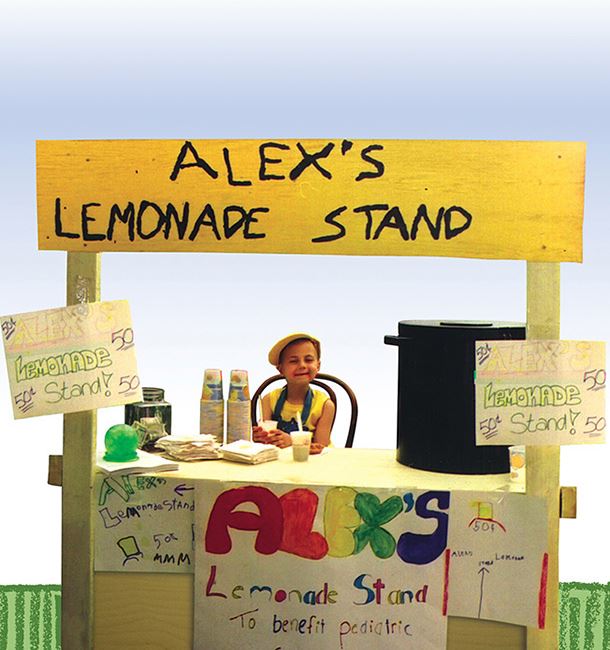 Alex at her lemonade stand https://www.alexslemonade.org/sites/default/files/slide-alex-scott.jpgAlexandra fought cancer as much as she could in her short life. The doctors told Alexandra and her parents that she has a type of childhood cancer called Neuroblastoma. The doctors diagnosed her with this only two days before her first birthday. When she was diagnosed the doctors said that she might not beat it. They also said if she beat it then she probably won't be able to walk. By the age of two years old she defeated the odds of what the doctor said would probably happen. She was able to crawl and even stand on one leg.

Alex's Foundationhttps://negu.org/wp-content/uploads/2013/06/LemonadeHero.jpgAlexandra accomplished so many great things in her life. When she was just four years old she decided she wanted to help other kids. She held a lemonade stand outside of her house. At her lemonade stand she raised over $2,000 for other kids with childhood cancer. She also founded a foundation called Alex's Lemonade Stand Foundation . ALSF raised six million by 2006 and the foundation is still raising money now. Alex's Lemonade Stand sponsors a national fundraising weekend in July called "Lemonade Days."

Alexandra had so many great virtues that made her who she was. She is a very compassionate person. She is compassionate because she is concerned so much for others that she raised money for other kids with cancer while she had cancer. She is also dedicated because she took time to create the foundation, Alex's Lemonade Stand Foundation. She is the kind of hero that fights through her struggles. No matter what she was determined to help other kids while battling cancer.

"Fighting childhood cancer, one cup at a time" is Alex's Lemonade Stand's quote. Alexandra Scott shows kindness, compassion, and determination. During her war against cancer, she raised money to help other kids with cancer. This quote shows how a big or small donation or acts of kindness can make a big difference. They especially make an enormous difference in people's lives when they are fighting cancer. Alexandra inspires me to help other people who are going through hard things like cancer or even small things like having a bad day. She also inspires me too donate to cancer research for kids with cancer. She inspires me to do that because I know that if I had cancer or if someone I know has cancer, I would want doctors to have the money to try and find a cure for me or my family/friend. Alexandra Scott is a wonderful person who raised money when she was alive, has a website where you can donate, and has raised a lot of money that goes toward cancer research.