The concept of a hero can be rather simple. At the core of the idea is the possession of goodwill and ability to act on it. If having both traits can qualify one as a hero, then I believe Alexandria Ocasio-Cortez is a hero. 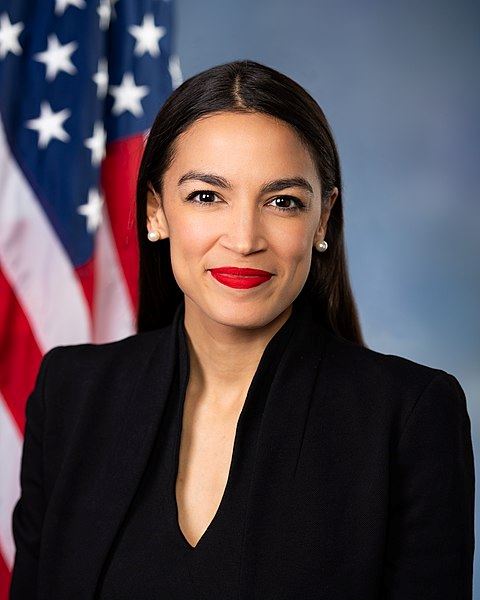 Alexandria Ocasio-Cortez Official PortraitUS House of Representatives [Public domain]Alexandria Ocasio Cortez (who also goes by the initials AOC), was born October 13, 1990 in the New York City borough of Bronx. In 2008 her father passed away due to lung cancer. “In November of 2018 she won the election and prepared to move to Washington, D.C. to represent her constituents in the Bronx and Queens.” ("Alexandria Ocasio-Cortez."). As of 2019 she still is in Congress. Her quest and choice of occupation demonstrates her courage to address and resolve issues in American society. Alexandria Ocasio-Cortez is a hero because she expresses the resilience to aim for the ideas she believes in and is striving to change the country for the better.

Alexandria Ocasio-Cortez expresses the resilience and willpower to stand for her beliefs despite her circumstances. When AOC was elected, she struggled with attaining suitable housing. “Some ridiculed her when she said that she could not afford an apartment in Washington, D.C., when she was preparing for her new position. Housing affordability was another pillar of her platform, and she spoke about the housing struggles of ordinary people, including her neighbors” ("Alexandria Ocasio-Cortez."). AOC is able to persist through insufficient housing funds in order to attain her position in Congress. She didn’t cave in to the unforgiving environment because she was resilient enough to take her place. Ocasio-Cortez resists intimidation from humiliation and instead utilizes it to make a point rather than allow the mockery deeply affect her. Even after AOC joined Congress, she continued to face challenges. “In her first three months in Congress, aides say, enough people have threatened to murder Ocasio-Cortez that Capitol Police trained her staff to perform risk assessments of her visitors” (Alter C). AOC is able to overcome violent threats directed at her. Instead of yielding and resigned to fade into the protection of obscurity, she continues to persist and deal with threatening messages. The trials AOC faced were harsh, especially for someone of her age of 29. However, despite this she had the resilience she needed to be capable of joining Congress for what she believes in. 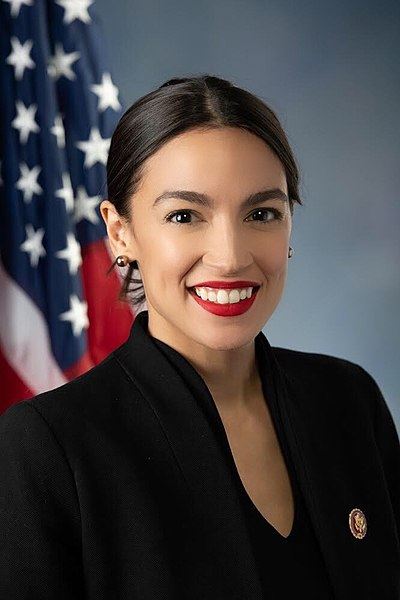 Alexandria Ocasio-Cortez Official Portrait, 116th CongressUS House Office of Photography [Public domain]Alexandria Ocasio-Cortez strives for others benefits by informing the public of issues in Congress and expressing the interests of an underrepresented generation. During the hearing of H.R. 1, AOC made the following act: “Casting herself as a hypothetical villain and enlisting witnesses as her co-conspirators, she described a legislative system reduced by special interests to a corrupt, zero-sum competition” (Chocano). AOC uses her elected position to expose the flaws in Congress. Most of the flaws in our government are often concealed to most people. However, AOC makes and effort to allow the public to make their judgement. During her campaign for Congress, she expressed the topics that she will address.  “The issues she ran on—a Green New Deal, Medicare for All, a federal jobs guarantee, abolishing ICE—are animating a new generation of Democrats” (Alter C). AOC is striving to improve life and represent an underrepresented generation. These issues are the primary concerns of most younger adults. They don’t have many representatives compared to others but AOC is willing to allow them a voice in our government. The efforts that AOC made were to help the public.

Alexandria Ocasio-Cortez is a hero because she expresses the resilience to aim for the ideas she believes in and is striving to change the country for the better. AOC demonstrates her resilience to achieve her goals as well as her desire to work for the benefit of the public. An article from Time Magazine states: “Ocasio-Cortez represents one vision of the Democratic Party's future. She's a young Hispanic woman, three cornerstones of the party's electoral coalition. She's a democratic socialist at a time when confidence in capitalism is declining, especially among progressive millennials” (Alter C)  This shows how AOC is able to provide a voice for the concerns of those affected by issues currently occurring among younger people. The article continues with: “Will she help deliver Medicare for All and a Green New Deal in the next two years? No. But having the debate is already making a difference in how D.C. does business. ‘I used to be much more cynical about how much was up against us," she says. "I think I've changed my mind. Because I think that change is a lot closer than we think.’" (Alter C) This shows that AOC shows that even if changes and reforms that people strive for aren’t likely in the near future, it can still leave an impact and worth attempting. Alexandria Ocasio Cortez is an example of a hero.