by By Jacqueline Adams Correspondent from US 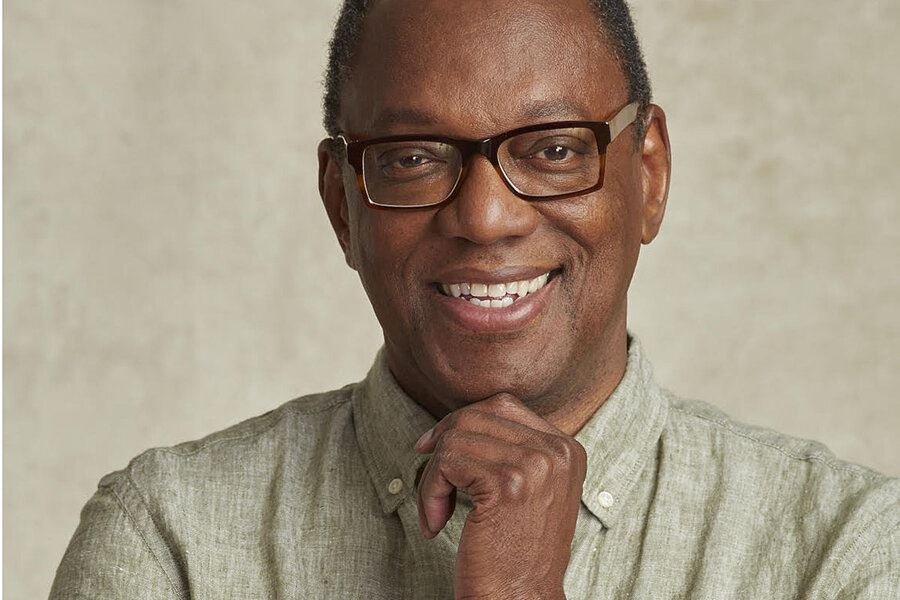 Author, and broadcaster Alvin Hall recently won the inaugural Ambie Award for the best history podcast of 2021 from the Podcast Academy for "Driving the Green Book""Courtesy of Alvin Hall

Author, educator, and broadcaster Alvin Hall is not easily pigeonholed. His work ranges from the arts to personal finance. Asked how he maintains such a broad range of endeavors, he describes a state of mind: “A friend of mine said to me recently, ‘You know your greatest skill set is that you’re essentially fearless. You don’t fear failure.’”

“I’ve long held the belief that you learn as much about yourself from failing as you do from succeeding and sometimes you learn more,” Mr. Hall continues. “Failure gives you an opportunity to look inside, to gain wisdom and then move forward, but without being held hostage to that failure.”

Along with an occasional failure have come many successes. Mr. Hall recently won the inaugural Ambie Award for the best history podcast of 2021 from the Podcast Academy for “Driving the Green Book.” Published by Macmillan, the 10-part series chronicles the 2,000-mile drive he and social justice trainer Janée Woods Weber took from Detroit to New Orleans in 2019. Using “The Green Book” as their guide, they retraced the often-perilous trip African Americans endured when traveling in the South during the Jim Crow and segregation eras. From 1936 to 1967, entrepreneur Victor Hugo Green published “The Green Book,” with listings for motels, gas stations, restaurants, and other services that provided safe havens for Black motorists.

Monitor columnist Jacqueline Adams spoke with Mr. Hall. Their conversation has been edited for length and clarity.

Q. How was “The Green Book” useful to Black travelers, and what do you want listeners to take away from your podcast?

People think of it as a traditional travel guide, but it was also a psychological tool, because you knew that when you got to this location, you could breathe; you could relax, away from the terrors associated with being on the roads of America during segregation.

I want people to hear the stories of the people featured in the podcast and think about the time they lived through that is not talked about in any open way. And then I want them to look within their own families and start to ask questions: What did you do during this period? Recently I was at a cocktail party and a white lady said to me, “When I was growing up, I never thought about these problems in the lives of African Americans. I just assumed they were living exactly the same way I was. I never thought that when they went out into the world, it was a different experience.”

The fact that my podcast opened her eyes to that reality – that’s what I’m looking for. I want everybody to take part of this home with them and explore how this exists in their own lives.

The balcony where Martin Luther King Jr. was assassinated at the Lorraine Motel in Memphis, Tennessee. In 1982 a nonprofit saved the site from foreclosure for use as America's first civil rights museum. This was one of the stops on Mr. Hall's 2,000-mile journey. 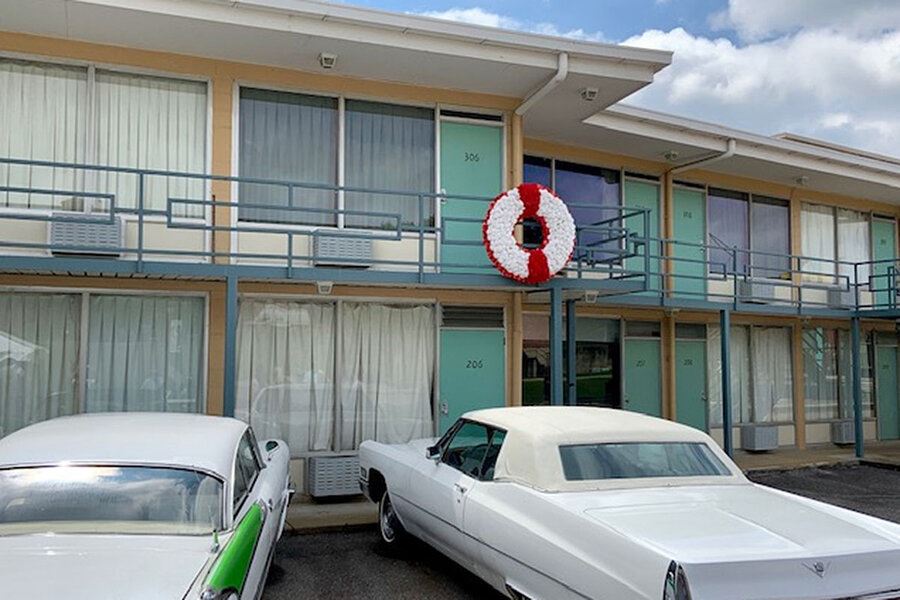 Macmillan PodcastsThe balcony where Martin Luther King Jr. was assassinated at the Lorraine Motel in Memphis, Tennessee. In 1982 a nonprofit saved the site from foreclosure for use as America's first civil rights museum. This was one of the stops on Mr. Hall's 2,000-mile journey

Q. What struck you most during the 2,000-mile drive from Detroit to New Orleans?

How much African American parents tried to protect their children from the reality of racism, until they couldn’t. Doing subtle, protective waltzes as they walked down a street, parents would distract their children. “Oh, look at that church steeple” or “look at how beautiful those clothes look in that shop window.” Then the parents would place themselves between the child and an oncoming white person, so that the child wouldn’t accidentally provoke the white person in some way. Those are the stories that stayed with me.

The second part of that is the collateral damage of racism, when a young child sees their parents demeaned by an authority figure, a policeman, or just a random white person. What does that do to that child? What does it make them think about the meanness of authority? How do they perceive their parents after that?

Q. Why were these trips back to the South so important, so worth the risks that you’re describing?

Not everybody migrated north. My relatives, for example, did not migrate north because we had land and we could always feed ourselves.

I think part of the reason for “Driving the Green Book” was that we wanted to show that Black people during this period were entrepreneurs within the Black community. Women especially owned restaurants and beauty salons.

The Black main streets – Walnut Street in Louisville, Kentucky; Jefferson Street in Nashville, Tennessee; Farish Street in Jackson, Mississippi; Davis Avenue in Mobile, Alabama – were places of Black businesses and Black pride, where people went to have a good time. There was joy there and people wanted to be there.

The narrative created by the white world – that we were predominantly living in poverty and not being very productive – was never the full story. It was the story they needed in order to maintain [a sense of] white supremacy. Meanwhile, many of the people in these Black communities were truly visionary, intelligent, ambitious, and they had a lot of mother wit – that brilliantly intuitive, highly practical common sense, combined with ambition, that made them achieve.

“I do whatever interests me”

Q. I’ve recently learned a phrase that’s called “a portfolio life” or a “portfolio career.” Does that describe your experience?

Yes, I work in the arts. I work in personal finance. I write books and articles. I do podcasts. I do TV shows. I do radio shows. I do whatever interests me.

I think that’s the result of my liberal arts education at Bowdoin College. I learned to think in different ways in different classes. That flexibility, that intellectual elasticity is the reason I can do this.

Many people thought I had already done this because I’ve been involved in the art world as a collector and sometimes a writer since 1982, but no one had ever asked me to curate a show. It was real simple. Alexander Gray and I made a list of 20 artists who live and work in the Hudson Valley. I did studio visits with some of them to select the works. In other cases, we did everything via email. I think, in the end, we had 70 works.

Q. Have you seen any progress toward racial justice, and are you hopeful?

What I see happening with voting rights in state after state – you can’t help but think about the old adage “three steps forward, two steps back.” But it feels like two steps forward, five steps back. I am reassured to see that more people are becoming proactive.

I was raised, as you know, on a subsistence piece of land in Florida. We planted every year: collard greens, okra, corn, tomatoes, pole beans, green beans. You can’t be a farmer on a small piece of land and plant every year and not be hopeful because that’s going to be your food for the next year. [Hope is] built into the process.

I also invest the money that I earn in securities. Investing is hopeful too.