by MY HERO Staff from Los Angeles, California

Reprinted with permission [public domain] from Biography from A Woman of the Century:  FOURTEEN HUNDRED-SEVENTY BIOGRAPHICAL SKETCHES ACCOMPANIED BY PORTRAITS

OF LEADING AMERICAN WOMEN IN ALL WALKS OF LIFE (1893)

EDITED BY FRANCES E. WILLARD and MARY A. LIVERMORE 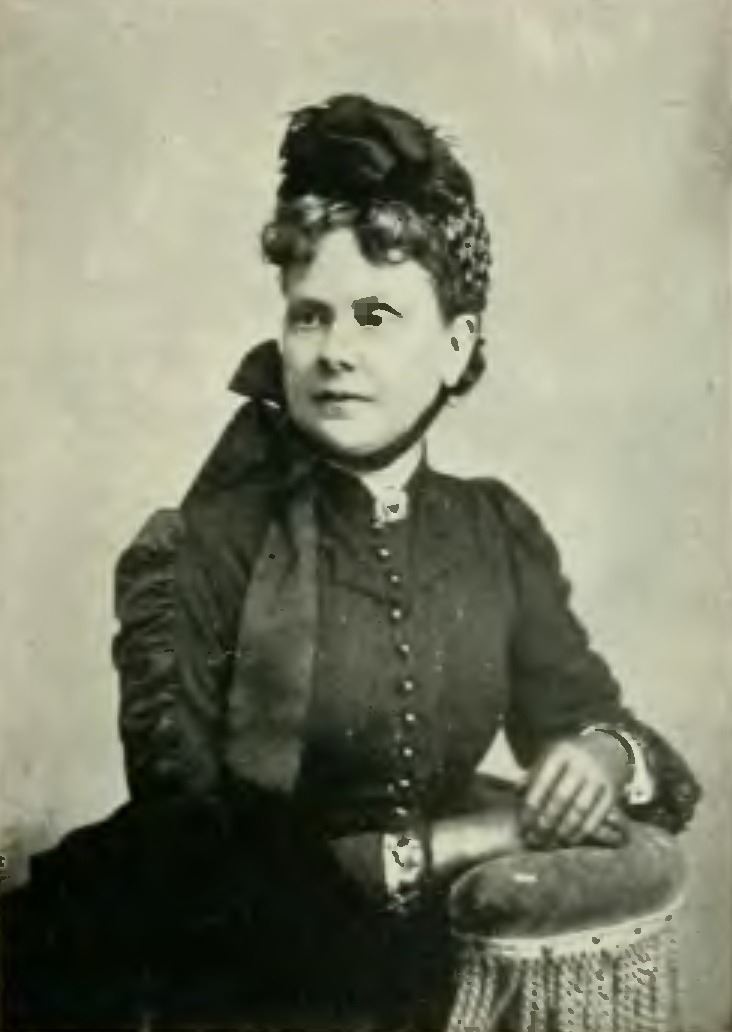 QUINTON, Mrs. Amelia Stone, president of the Women's National Indian Association, was born near Syracuse, N. Y. She comes of English ancestry and is directly descended from both Pilgrim and Puritan New England stock. Her childhood and girlhood were passed in Homer, N. Y., the nearly life-long home of her parents, Jacob Thompson Stone and Mary Bennett Stone. Her father was a man of noble nature, of great conscientiousness and of musical gifts, while her mother was endowed with energy, executive ability and courage. Of her three brothers one is a publisher, one a southern planter, and one a lawyer.

Mrs. Quinton early finished the usual curriculum of study pursued in female seminaries, having special aptitude for mathematics, composition and music, and while yet in her teens was invited to become the preceptress of an academy near Syracuse. She spent a year as teacher in a Georgia seminary, after which she became the wife of Rev. James F. Swanson, an able christian minister of that State. Under the enervating climate a period of invalidism followed, and soon after her recovery her husband died, and she decided to return to the North, where, after teaching for a year in the Chestnut Street Seminary of Philadelphia, Pa., she turned to the religious and philanthropic work to which she has given the best years of her life. At first that volunteer service was among the poor and degraded of New York City, where she had weekly engagements in various institutions. One day of the week was spent in the prison, the almshouse, or the workhouse, and another in some infirmary or reformatory for women. One service was a weekly Bible-class for sailors, briefly on shore.

During the first temperance crusade in Brooklyn she joined the band of workers. Very soon she was invited to go out and represent the work, to organize unions, and, a little later, was elected by the State Woman's Christian Temperance Union as State organizer. That service was continued till, much worn, she went to Europe for a year's rest. After a few months on the continent, she was drawn into temperance work in England and addressed drawing-room and church meetings in London and other cities. On the voyage to England she met Professor Richard Quinton, a native of London and a lecturer in institutions there on historical and astronomical subjects, and a year later they were married in London, where they continued to reside for some months. She returned to America in the autumn of 1878, and Philadelphia, where Prof. Quinton resumed his lecturing, again became her home.

In April, 1879, her friend, Miss Mary L. Bonney, became deeply stirred on the subject of national wrongs to Indians, and the missionary society over which she presided sought to circulate a petition on the subject. The anniversary occasion on which the attempt was made was already overcrowded with topics, and the petition was therefore not presented or read. A few weeks later Miss Bonney presented the facts she had collected to her friend, Mrs. Quinton. whose heart and conscience at once responded, "Something must be done." Mrs. Quinton had had large experience in christian work and knew how to bring a cause before the people. The two formed their plan of action. Miss Bonney agreed to supply the means needed for printing, and Mrs. Quinton to plan and work as God opened the way, and she studied in libraries, prepared literature and petitions and circulated them through the sympathizers and helpers she gained in many States. The first petition was enlarged and she prepared a leaflet of facts and special appeal, and sent those out widely to- leading citizens, and to women in many kinds of christian and philanthropic work, and the returns, from thirteen States, prepared by her in a roll three-hundred feet long, were presented to Congress in February, 1880. At the end of that year that committee of two had become a committee of eight and held its first meeting, when Mrs. Quinton reported her nearly two years' work and was elected secretary of the committee. Three months later Miss Bonney was elected chairman, and, in June, 1881, the constitution written by Mrs. Quinton was adopted, and the society that day elected an executive board, nominated at her request by the pastors of the churches, and became the Indian Treaty-keeping and Protective Association.

Mrs. Quinton then began the work of wider organization and secured thirteen associate committees in five States before the close of the year. In the memorial letter which she wrote to accompany the petition of 1881, she made an earnest plea that Congress would win Indians into voluntary citizenship by making that to their interest, rather than by the coercion of acts of Congress. In her petition-form for January, 1882, universal Indian education, lands in severalty and the full rights of citizenship for Indians were prayed for. At that date the society had sixteen State committees, all of which she revisited and reorganized as permanent auxiliaries. A memorable discussion in the Senate over that third petition, which represented a hundred- thousand citizens, was eloquently closed by Senator Dawes. To day the association, now the Women's National Indian Association, has branches, officers or helpers in forty States of the Union, and more than twenty missions in Indian tribes have been originated or established by it since 1884, and during 1891 its missionary work was done in fifteen tribes When Miss Honney retired from the presidency of the association, November, 1884, Mrs. Mary Lowe Dickinson was elected to the office, filling it for three years, when Mrs. Quinton, till then doing the work of general secretary, was unanimously elected president, and still holds the office. Of late years attaining full health, Mrs. Quinton, though some- what past fifty, is at her best, and still continues her public addresses, many hundreds of which she has given in her visits to nearly every State and Territory, and on her last tour of many months, extending entirely around the United States, she bore a government commission and did service also on behalf of Indian education.