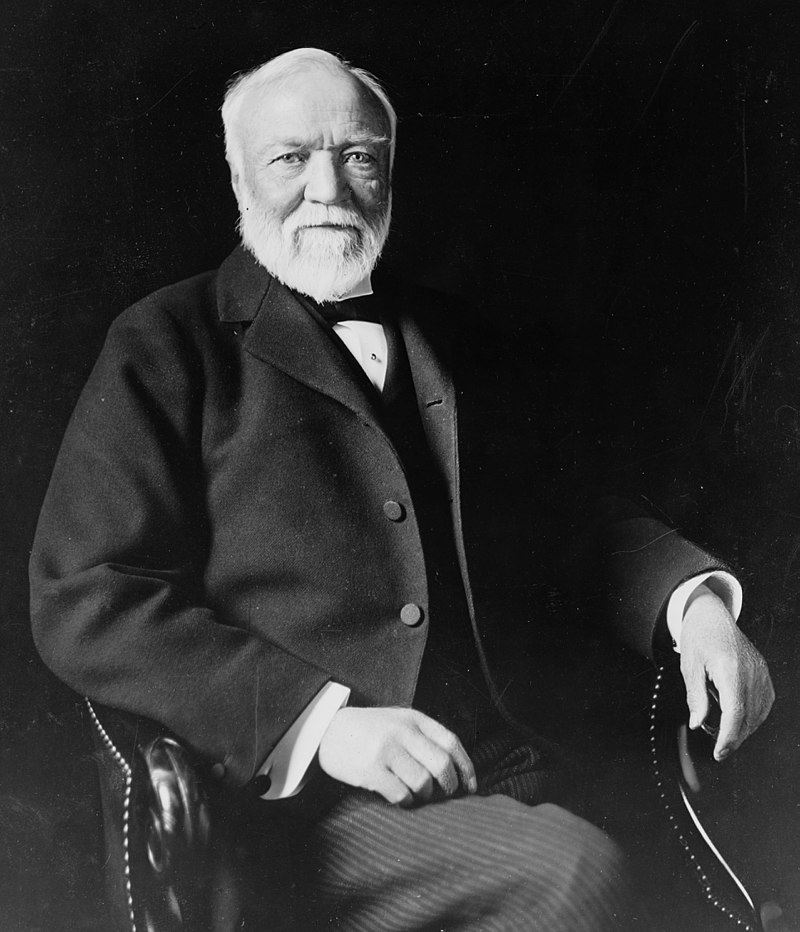 Andrew CarnegieWikipedia.comShivering in the corner of his cold house with his poor family. During the Great Depression Andrew Carnegie moved with his family with nothing in possession. Andrew Carnegie worked for pocket change each day for his family because his dad was unemployed and couldn’t hold a job. Andrew Carnegie started with nothing, growing up in poverty, he worked hard every day and worked his way up from working in a cotton factory to managing a monopoly. “A poor immigrant boy, Carnegie rose to become a titan”(Holleran para 1). Andrew Carnegie started out with nothing, living in poverty he worked hard every day for pocket change. He kept working through hardships to eventually become a billionaire. “advancing key theories of integration in business, producing more steel than all of England”(Holleran para 1). He was known for taking his company and step by step, making it into a monopoly. He made the most steel in the world. “leaving an indelible legacy of colleges, arts, and libraries¨(Holleran para 1). Andrew Carnegie died a long time ago, somewhere in the industrialization time period. You can find his name across the internet and books, he played a big role in the the industrial times. He left his legacy through libraries, colleges, and art. “Carnegie was so impressed with what he saw that he became convinced that steel would replace iron and committed to building a magnificent steel mill of his own”(Holleran para 18). His big day came along in 1880. He became curious how to strengthen metal and his interest grew as he learned the ways of making steel. Once he started researched about steel he decided to build a steel mill of his own. A hero is someone who is hardworking and dedicated to what they do. A hero puts other people before them. Heroes can take a situation and fix it. Andrew Carnegie is a hero because he is determined brave, and giving. His high hopes took him and his family from bottom to the top. He gave away 76% of his money.

Andrew Carnegie is giving, and through libraries and colleges, he left his legacy. Andrew Carnegie grew his small business into a monopoly. Being the world’s richest man he decided to use it for charity. Andrew Carnegie embedded his wealth in many places like schools, colleges, and universities: “leaving an indelible legacy of colleges, arts, and libraries¨(Holleran para 1). Andrew Carnegie had worked hard for years and years, making next to nothing. But when his business took off and it started to grow he started donating to charity. He gave his money to colleges, schools, universities, institutes and libraries. Andrew Carnegie also gave to his family when he started working in the cotton factory at age 14. When Andrew was working in the cotton factory all of his money went towards helping his family rather than himself. Andrew Carnegie was giving his whole  life, to his family and now to institutes. Andrew grew up in extreme poverty but decided to give his money away whenever he made some: “Andrew Carnegie gave millions for peace and libraries and scientific institutes and endowment and thrift whenever he made a billion dollars he endowed an institution to promote universal peace always except in time of war”(Hitchens para 6). In the 1700’s industrialization took off. Andrew Carnegie took advantage of this time period to grow his business. He made so much money that he decided whenever he made a billion dollars he endowed institutions. Someone who grew up in extreme poverty probably wouldn’t think about donating their wealth to other people, but andrew carnegie did. He was very giving, donating $350,000,000 to charities and other places, such as Libraries, institutes, arts, studies, colleges, and schools. In conclusion, Andrew Carnegie took what he made and gave it away to other people, putting other people before himself. 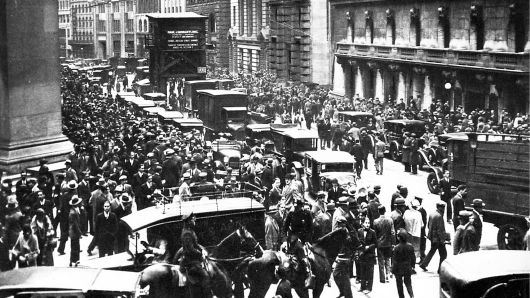 The Great Depressionhttps://en.wikipedia.org/wiki/Great_Depression#/media/File:Crowd_outside_nyse.jpg.orgAndrew Carnegie was born into poverty and continued to suffer throughout his childhood. But with determination he grew his company into a monopoly: Andrew Carnegie took his small business and grew it into a monopoly. His determination lead to one of the biggest advancements in all of America, the industrialization: “The Carnegies settled in Allegheny, a town just outside of Pittsburgh, Pennsylvania. The whole family worked to make ends meet. Andrew's first job was as a bobbin boy in the cotton mill. His next job was in the airless cellar of a bobbin manufacturer. By the time he was 14 years old, he was spending 12 hours a day making bobbins for the cloth-weaving industry”(Andrew Carnegie para 2). The Carnegie family was in extreme poverty, his dad unemployed, and their health was suffering. Andrew Carnegie looked past it, at age 14 he decided to get a job at the cotton factory, only making $1.50, he stayed determined and soon started a business that would spark the industrialization. Andrew Carnegie’s determination is what lead to his extreme success. The steep incline in his company’s net value just kept growing. Andrew Carnegie made bold moves, his company was doing oog, but not good enough. He invested in different companies before selling it to J.P Morgan. J.P Morgan is a bank that bought the steel industry for $480 million, in which he gave $350 million away which is close to 600 billion in today’s money! At age 14 Andrew Carnegie started working in a factory, but rose up and became a millionaire: “Andrew Carnegie was the quintessential American, the archetypal self-made man. A poor immigrant boy, Carnegie rose to become a titan, advancing key theories of integration in business, producing more steel than all of England”(Holleran para 1). Andrew Carnegie moved to England along with his family. His father’s low paying job wasn’t enough to support the family. At age 14, Andrew was determined to work hard for almost nothing in return. His determination slowly grew into a steel industry sparked the fire of industrialization. Andrew Carnegie was poor but with strong determination he rose to become more than a cotton picker. Working hard each day, eventually starting a monopoly. In conclusion, Andrew Carnegie was a hard working and determined man, he started from nothing but at age 14 worked his way to the very top. 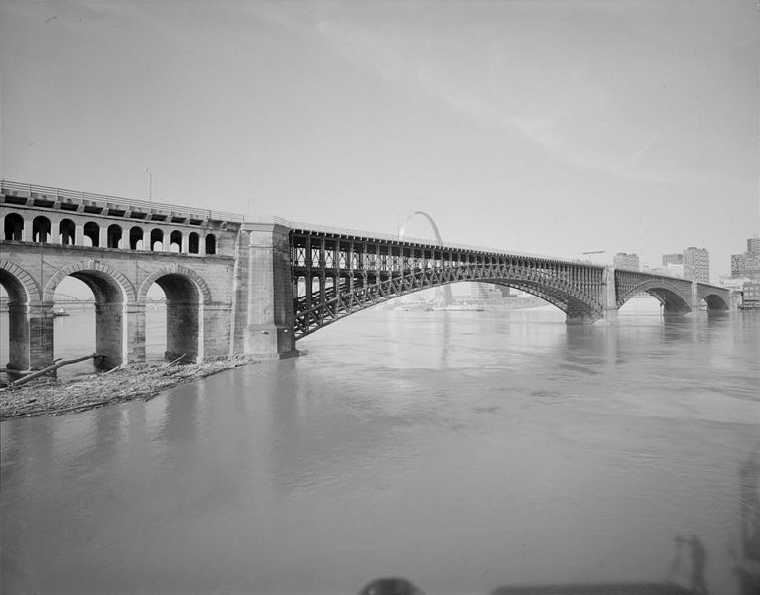 Andrew Carnegie was scared at first of moving to England, but became brave. He decided to take an opportunity to get a job and help his family. Andrew Carnegie knew it wasn’t going to be easy moving to England. Their family was poor and his dad was unemployed. Andrew Carnegie was brave and decided to get a job: “Andrew Carnegie had known that leaving his native Dunfermline 4 would be hard, but the 12-year- old boy cried anyway”(Andrew Carnegie para 1). Andrew and his family moved to England, but it wasn’t easy. He left his old house knowing it was hard. He was very brave to take a big leap and move to another place completely unknown. It was unexplored territory to him, new lands. Andrew Carnegie wasn’t prepared when they moved, he was scared. But Andrew Carnegie was brave and took it and made the best of it. He got a job and pioneered to eventually become the world’s richest man. It takes bravery to turn a small company into an industry. Andrew Carnegie did just that: “Advancing key theories of integration in business, producing more steel than all of England, (1) creating the first billion--dollar corporation, (2) and leaving an indelible legacy of colleges, arts, and libraries. His was an exceptional life and, in his time, he became the world's richest man”(Hitchens para 1). During the industrialization Andrew Carnegie started a small steel business. He was making a good amount of money with his business to begin with. He was making bold moves and huge risks. He built some of the biggest factories and invested in huge companies. He built the longest bridge for it's time and almost failed at it. He was brave to take that extra step here and there to become the world’s richest man. It took him a lot of bravery to come to a new place and find work. Doing something he has never done before was a challenge. He moved from Scotland to Pittsburgh. Andrew Carnegie found work in a cotton factory until he because interested in the steel industry. In conclusion, Andrew Carnegie is a hero because of his Giving, determination, and bravery. Through hardships and complications Andrew Carnegie rose to become a titan.

Andrew Carnegie is a hero because he is determined brave, and giving. His high hopes took him and his family from bottom to the top. He gave away 76% of his money. Andrew Carnegie took what he had and turned it into something else. He was determined to complete his goals and dreams. The money he made went to other people in need, including his family. He was brave to take on the steel industry. “Andrew Carnegie was the quintessential American, the archetypal self-made man. A poor immigrant boy, Carnegie rose to become a titan, advancing key theories of integration in business, producing more steel than all of England, creating the first billion--dollar corporation, and leaving an indelible legacy of colleges, arts, and libraries. His was an exceptional life and, in his time, he became the world's richest man”(Holleran para 1). In conclusion, Andrew Carnegie is inspiring to me because he started out with nothing, making $2.50 in a cotton factory. He was determined to become someone else.  He worked hard to become the world’s richest man. Andrew Carnegie, a cotton picker, was determined and grew his wealth to billions. From rags to riches, Andrew Carnegie took his small business and grew it into a monopoly. He was giving, he took his money and gave most of it away, donating 76% of his money. He took what he had and made it into something greater.